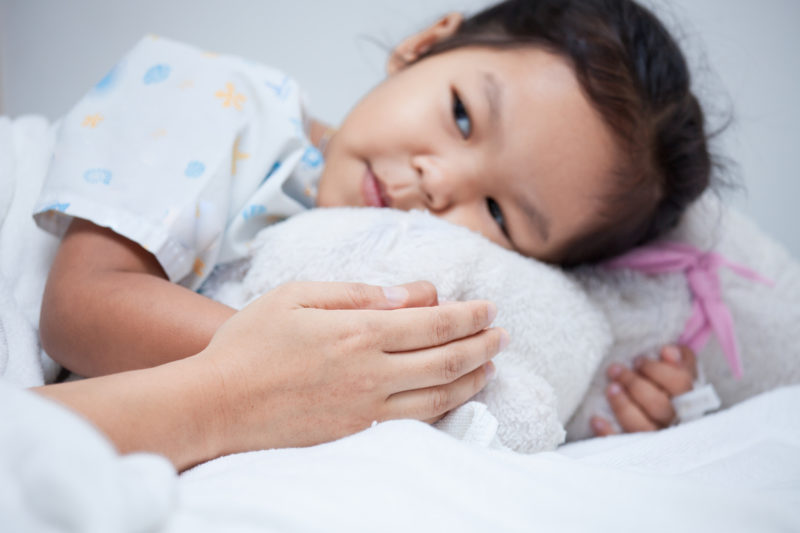 “Transracial” is part of my identity, life history, and lived experience. Being a transracial adoptee into a white family has meant that I’ve benefited—especially in childhood—from my parents’ white privilege. Shutterstock

In November, a major news network broadcast video of a white woman* claiming to be “transracial” because she identifies as Filipina. Many Black, Latinx, indigenous, Asian, and multiracial people in the weeks since have expressed an outpouring of anger and condemnation that a white woman is once again seeking to profit from claiming the cultural heritage—and legacies of colonialism, trauma, and oppression—of people of color.

Especially after the far-reaching, highly public damage caused by Rachel Dolezal, the white woman in Washington state who claims to identify as a Black woman, I’ve been witnessing other people of color say things like “transracial is not a thing,” and “transracial doesn’t exist.”

Every time I read these words, a piece of me dies inside, and I’m torn between hiding under the nearest desk or punching out the nearest window (which probably wouldn’t work anyway, because I’m weak and afraid of broken glass).

You see, I’m transracial—I’m a Chinese, East Asian person of color, born in Suzhou in the province of Jiangsu, and removed from my ancestral home to join and be raised by white U.S. citizen parents. I’m also a genderqueer, nonbinary trans person. We do exist, and these racist white people need to stop stealing our term. And people of color (and white accomplices) who call out their racism must do so without erasing our stories, identities, and existence.

For literally decades, adoptees and researchers have referred to “transracial adoption” to mean when a child of one race is adopted by a family of another race; it is most often used for transracially adopted children of color, or adult adoptees of color, whose adoptive family is entirely or majority white. More and more of us are speaking and writing publicly about our experiences as transracial and transnational adoptees, especially at intersections of race, gender, sexuality, and disability.

Transracial and transnational adoption is a reproductive justice, disability justice, racial justice, and decolonization issue. Transracial adoptees live with the lifelong impact of cultural erasure, exploitation and tokenism, cultural and linguistic theft, and abandonment and familial trauma. Transracial adoption has been used as a tool of cultural genocide, especially for indigenous and First Nations children stolen from their families and tribes and nations. Transracial and transnational adoption has also often been a tool of white proselytization through Christian “civilizing” missions meant to rescue children of color from our own cultures and societies so we might be “saved” by white, Christian families.

“Transracial” is part of my identity, life history, and lived experience. Being a transracial adoptee into a white family has meant that I’ve benefited—especially in childhood—from my parents’ white privilege. It also means intensified othering, exile, and marginalization in everything: strangers’ assumptions that my parents cannot be related to me; aggressive interrogations about where I’m “really” from or why I speak English so well and without a (racialized) accent; my own heightened sense of disconnect from my own cultural heritage, and ancestral knowledge and wisdom; and existing at the margins and outside of both white U.S. society and Chinese-American culture alike, never really belonging anywhere.

It means fending off aggressive and smug claims of superiority and knowledge of orientalist “truths” about how “my people” must hate girls and how my adoptive family must have rescued me from a “backwards” and politically repressive society. It means white people assuming I’m a “safe” person of color to express openly, explicitly racist ideas around because I’m “almost like them” and will not challenge them. When I do challenge them, it means simultaneously being dismissed for overreacting and facing aggressive demands for the free emotional and intellectual labor of personally educating them as to why something is racist. It means gaining the privilege of navigating the world with a name and speech patterns coded as white, even as strangers demand to know why my last name is Brown or what my “real” first name is.

It means struggling with my own positionality as a target of white supremacy and descendant of ancestors brutalized by white Western settler-colonialism. At the same time, I am a kind of expatriate-in-exile, from a nation where my ethnic group remains dominant and we are the colonizers of others such as Tibetan, Taiwanese aborigine, and Uyghur peoples. It means being told I must be grateful because I live in the most free country on earth—despite the fact that the United States puts more human beings in cages than anywhere else on the planet, and is a country built on centuries of genocides of indigenous peoples and exploited labor of enslaved Black people. And it means knowing I’ve gained the enormous privilege of U.S. citizenship at the cost of attaining settler status on stolen and occupied land, even though I was brought to this country as an infant without my knowledge or ability to choose.

It means never comfortably fitting into Chinese language lessons, and then a special pain and absence when wandering through Chinatowns unable to understand what people are saying to me. It means witnessing my culture and racial history erased when it would be too uncomfortable for white people, yet exoticised and commodified into something cool, ethnic, cosmopolitan, or worldly when convenient or politically expedient.

Transracial is not a fun trendy word for white people to steal and appropriate, or a laughable fake term for activists of color to demean and mock. It is my identity, rife with complications and nuances, and layers upon layers of trauma—trauma that many other transracial and transnational adoptees share, whether we might use this word or not, and whether we might feel direct, personal, everyday impact or not.

In some cases, transracial and transnational adoption occurs as a result of local corruption, and children are literally stolen from their families and thrust into a dark underbelly of human trafficking. Our bodies are sold for profit—so that our families of origin can be fed lies about foster care and economic opportunity (with the promise of our return), and so that a nice white family can be sold the myth that they are saving a child of color from a life of poverty and suffering. In reality, they are pouring money into unscrupulous governments and adoption agencies. Sometimes, children are repeatedly re-victimized and treated as quasi-property, leading to horrifying abuse. In other cases, we were in fact voluntarily given up or abandoned.

Many (certainly not all) adoptees later experience further abuse, neglect, gaslighting, and damaging projection from adoptive families—including becoming their sole target for abuse, exploitative and devalued labor, and scapegoating. For those of us who are also disabled, we must also reckon with the painful reality that many adoptive and prospective adoptive families tell supposedly “inspiring” stories of either how they wished for a “healthy” child (read: non-disabled) or else how they specially saved a “sickly” or “special needs” child via adoption.

Worse are the stories like one I saw in an article displayed as a kind of achievement, telling how a family was presented with one disabled infant after another and kept sending the disabled infants back to the orphanage until they were provided with the promised “healthy” child. There are also the horrifying stories of Deaf children adopted into hearing families deprived of access to Deaf culture and communities, and transgender children adopted into families that abuse them for not sufficiently performing their coercively assigned gender, and later abandon them a second time through disownment.

(And while I’m not Black and can’t speak for Black people’s experiences, I’ve also witnessed stories of Black transracial adoptees into white families deprived of human contact—let alone full relationships—with other Black people, and never even taught about basic safety as Black people in an entrenched white supremacist society, which is so incredibly dangerous and could result in literal death.)

The extreme dehumanization and exploitation is fucking real, especially in an industry so commodified with thinly veiled charitable white saviorism as transracial or transnational adoption.

When racist white people who believe they can simply identify as people of color and become their “real” race describe themselves as “transracial,” it actively contributes to the erasure of real people of color and the often intimate familial violences and “for your own good” traumas we’ve survived.

Such actions also contribute to the arguments popular among Twitter trolls that if we reject these white people’s “genuine race”—no matter that the latest white woman is claiming to be Filipina, which is an ethnicity, not a race—then our arguments for the validity of transgender people’s gender identities fall flat. Since that recent video made the rounds, my notifications have been bombarded by those co-opting the hashtag #TransRightsAreHumanRights as a taunt: a way of saying gotcha to trans activists of color and our cisgender accomplices.

This is blatantly wrong. Both gender and race are, in part, socially constructed. They are also rooted in certain lived experiences separate from abstract concepts, but there are significant differences. Gender can be shaped, often intensely, by culture. The contemporary underpinnings of the gender binary itself are rooted in imperial colonialism, where the white saviorist civilizing mission included enforcing patriarchal and restrictive gender roles onto Black, brown, Asian, and indigenous peoples’ societies wherein gender roles often spanned multiple categories and allocations of labor—including in Filipinx culture. Yet race, unlike gender, is tied to intergenerational and biological histories.

For me as a genderqueer trans person who also happens to be a transracial, transnational adoptee, it is enraging, devastating, and heartbreaking all at once to witness the constant stealing and co-optation of the language I and those like me use to describe our experiences by racist white people making light both of our own cultural heritages and of our gender identities. Earlier this year, a well-meaning fellow queer activist even saw the word “transracial” in my biography and mistakenly assumed that I was another Rachel Dolezal, except claiming to be East Asian instead of Black. That’s not only disgusting, but horrifying to realize how nearly complete the erasure of actual transracial people has become—and worse, aided by allegedly progressive and even radical fellow people of color.

This theft is yet another example of how terribly violent and powerful white supremacy is—that it seeks to simultaneously erase and exploit our narratives and lives, while claiming sole authority over our identities and experiences. It’s time for us to educate ourselves about the real meaning of transracial, and uplift the work and struggles of transracial and transnational adoptees of color in the process.

*Note: Ja Du is not a man, as many articles, even from supposedly more “progressive” websites have described her. She is a transgender woman.