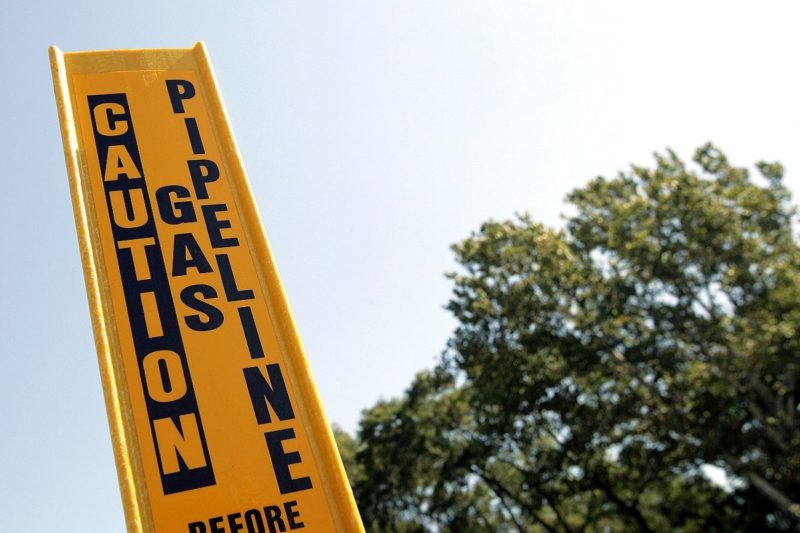 Many who live in western Virginia, through which the proposed pipeline would run, rely on wells, which, unlike public water systems, are not regularly tested for water quality. Tim Boyle/Getty Images

Pipeline politics in Virginia have become critical issues in the 2017 governor’s race amid concerns that projects in the state could pose environmental and public health risks.

Two natural gas pipelines are on track to be built in the state by energy companies in the coming years, the 600-mile Atlantic Coast Pipeline and the 303-mile Mountain Valley Pipeline. But some living in counties affected by the projects are pressuring legislators to oppose the pipelines or at least slow down the approval process.

Pipeline opponents like Dr. Tina Smusz, a retired physician, and fellow members of local environmental watchdog Preserve Montgomery County Virginia and other grassroots environmental and anti-pipeline groups are driving long distances to speak at public hearings in Richmond and other parts of the state. They’re worried that the Virginia Department of Environmental Quality (DEQ), which will review the pipelines’ potential impact on water quality and wetlands, has ceded too much control to the U.S. Army Corps of Engineers, which is responsible for approving permits where the pipelines would cross bodies of water—and that the state is not looking after the welfare of its citizens.

“I would think the average person doesn’t think of the health threat of a pipeline, except that it could explode,” Smusz said in a phone interview with Rewire. “People all along the pipeline route, especially these large, high-pressure lines, are at high risk.”

Smusz wrote an analysis in 2015 detailing her opinion about the potential health effects associated with exposure to chemicals that may be a part of the proposed Mountain Valley Pipeline. It said that fracked methane gas would come across porous karst geology, which is particularly vulnerable to groundwater pollution.

Chemicals could seep into groundwater and pollute wells, or react with radon underground, Smusz told Rewire. Because companies are allowed to keep fracking chemicals private to maintain an economic advantage, community members wouldn’t know what they’re dealing with, she added.

Many who live in western Virginia, through which the proposed pipeline would run, rely on wells, which, unlike public water systems, are not regularly tested for water quality. That means contamination could go undetected for years. Smusz said that the average cost of an examination to test for water quality on an individual home site is about $2,700 in Montgomery County. With an annual median household income of $46,663 in 2015 and roughly one in five people in the county living below the poverty line, this cost is too high for many families.

Kathy Attar, toxics program manager for Physicians for Social Responsibility, told Rewire that chemicals in plastics and fracking fluids “can mimic hormones and disrupt the [endocrine] system—they can cause health problems.”

Fetuses are especially vulnerable, Attar added, because exposure to endocrine-disrupting chemicals can cause birth defects and delayed neurological development. It can also interfere with fertility and sometimes pregnancy.

And because of the secrecy involved in the fracking process, independent scientists cannot test the fracking liquids’ effects, including what happens when they are exposed to heat or other chemicals.

In short, Attar said, “we’re in the dark about a lot of these things.”

Perhaps the most explosive element in the debate over the pipelines are the years of campaign donations made to both Republicans and Democrats by Dominion Energy. The Richmond-based energy company leads the consortium that would build the Atlantic Coast Pipeline, a $5 billion project that proponents say would bring 8,800 jobs to Virginia.

Democratic gubernatorial candidate Lt. Gov. Ralph Northam and Republican opponent Ed Gillespie have both accepted funds from the energy giant. Northam also owns Dominion stock, although he said he would put all of his stock holdings in a blind trust if elected and has reportedly recused himself from voting on tie-breaking bills related to Dominion in the state senate in his capacity as lieutenant governor.

Former U.S. Rep. Tom Perriello, Northam’s defeated primary opponent, is the main reason the pipelines have become a big issue for Northam and other Democrats. A self-identified progressive who served one term in Congress before being defeated by a Tea Party conservative in 2010 after his vote for the Affordable Care Act, Perriello made his opposition to the pipelines one of his signature issues earlier this year when he declared that he would not accept funding from Dominion. Other Democrats have followed suit, including Justin Fairfax, who is running to be the state’s lieutenant governor.

Perriello lost the June 13 primary election, but he won overwhelmingly in many pipeline-affected counties in southern and western Virginia and gained a whopping 90 percent of the vote in Nelson County, where pipeline resistance is high.

Despite his loss, Perriello’s anti-pipeline stance continues to ripple through the general election as many progressives vocally object to Northam’s stance. During the general election’s first candidate debate in July, a young man interrupted the lieutenant governor’s opening remarks, shouting “No pipeline!” as he was removed from the ballroom.

Northam said during the debate that he will follow the recommendations of the DEQ in determining if he will support the pipelines and declared that he is against fracking in Virginia as well as offshore drilling. Gillespie, on the other hand, said he is in favor.

Last week in an email to Rewire, Northam’s press secretary, Ofirah Yheskel, expanded the candidate’s views on the issue. “Dr. Northam has always said he wants DEQ’s evaluation to be rigorous, based in science, transparent, and to make sure that Virginia takes care of people’s property rights,” said Yheskel. “He believes the facts should dictate the outcome, and his position has not changed.”

David Paylor, DEQ’s director, acknowledges that the process for the pipelines’ approval is complex. He spoke with Rewire by phone about the state’s certification processes for both projects. Paylor explained that his department will decide this fall whether to approve Section 401 certifications for both projects, as part of the federal Clean Water Act. Meanwhile, the Federal Energy Regulatory Commission (FERC) has jurisdiction over the interstate routes, which can be approved before the DEQ issues its recommendations.

The DEQ is taking public comments through October 13, and Paylor said his department will make recommendations sometime in the fall. He’s not sure if it will be before or after the election.

“Our statutory requirement is to make sure a project complies with the laws and the regulations of the commonwealth,” Paylor said. “We’re doing that independent of this governor.”

Nevertheless, the pipeline issue continues to affect the gubernatorial race as some anti-pipeline advocates threaten to sit out the election unless Northam changes his position and opposes the projects outright. With the Trump administration loosening environmental restrictions, many environmentalists are taking their arguments to state-level politicians and regulators.

But despite the pipelines’ potential impact on pregnant women and fetuses, reproductive rights groups like NARAL Pro-Choice Virginia and Planned Parenthood’s Virginia chapter have not yet jumped into the debate about the projects.

In a recent email to Rewire, NARAL Virginia Executive Director Tarina Keene wrote, “We are particularly concerned with health care access for low income [people], women of color, and rural women, and how access directly impacts women’s economic security and their ability to fully and equally participate in society.”

She said that the group plans to issue a further statement about its platform later this summer, while noting that environmental issues are “outside our scope.”

Virginia League for Planned Parenthood spokesperson David Timberline said in a July phone interview that his organization was preparing to make its endorsements soon and would not be speaking about individual issues until later in the campaign season.