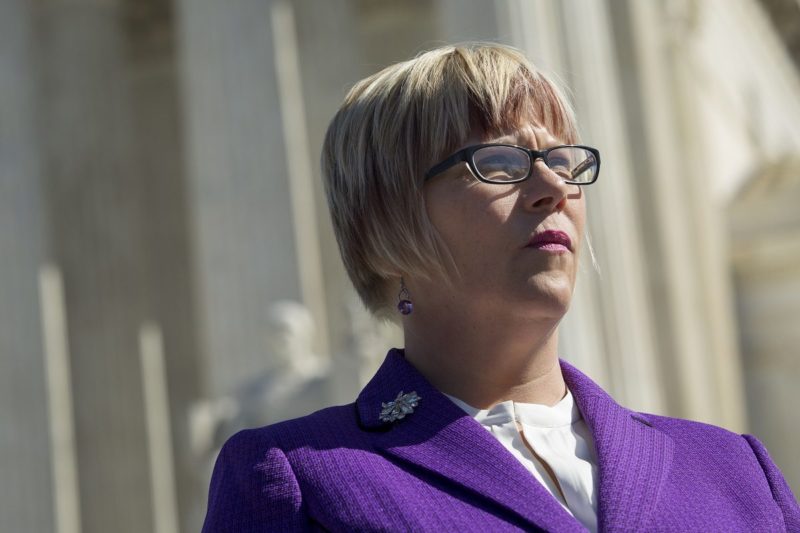 “Whole Woman’s Health got our start here, and today I am thrilled to announce that we will take the first step, with our flagship clinic reopening, to restore the fabric of care across our state that Texans have come to count on from Whole Woman’s Health," said Amy Hagstrom Miller. Drew Angerer/Getty Images

After the U.S. Supreme Court in 2016 struck down portions of the Texas anti-choice omnibus law known as HB 2, there were no immediate plans to reopen the more than 20 abortion clinics that were forced to close after the GOP law was passed in 2013.

However, Texas abortion providers are now beginning to reopen clinics and restore some abortion services. The effort to expand access to abortion care is happening while lawmakers in the GOP-dominated state legislature are once again debating a measure to restrict access to reproductive health care.

The Whole Woman’s Health abortion clinic in north Austin, which was forced to close after the passage of HB 2, will reopen in April. Amy Hagstrom Miller, president and CEO of Whole Woman’s Health, told the Austin Chronicle that the organization plans to provide the same services it did before closing its doors.

“When we had to make the devastating decision to close in Austin in 2013, after all of the political attacks from HB 2, I made the commitment that as soon as I could reopen in Austin, I would do just that,” Hagstrom Miller said. “Whole Woman’s Health got our start here, and today I am thrilled to announce that we will take the first step, with our flagship clinic reopening, to restore the fabric of care across our state that Texans have come to count on from Whole Woman’s Health.”

Whole Woman’s Health has not determined the opening date for the facility. It is currently hiring staff and preparing the building to once again provide abortion care, the Chronicle reported.

The Planned Parenthood clinic in Waco was also forced to stop providing abortion services after the passage of Republican-backed HB 2, but it continued to provide other reproductive health care. Planned Parenthood of Greater Texas officials announced last month that the clinic will begin providing abortion services after the state approved the clinic’s license renewal.

Sarah Wheat, chief external affairs officer for Planned Parenthood of Greater Texas, told KXXV that they are also in the process of hiring staff and preparing the Waco clinic to provide abortion services.

“We got the license for our Ross Avenue clinic—the abortion license—but that’s only one of the steps that we need to have in place before we can offer those services for women in the Waco area,” Wheat said. “We started the process of obtaining the permits and licensing, and installing new equipment, hiring staff, and all the steps we need to do be able to once again provide safe legal abortion services in Waco.”

There is no date for when the Planned Parenthood clinic in Waco will begin providing abortion services again, but Wheat said that the organization hopes to offer abortion care by the end of 2017.