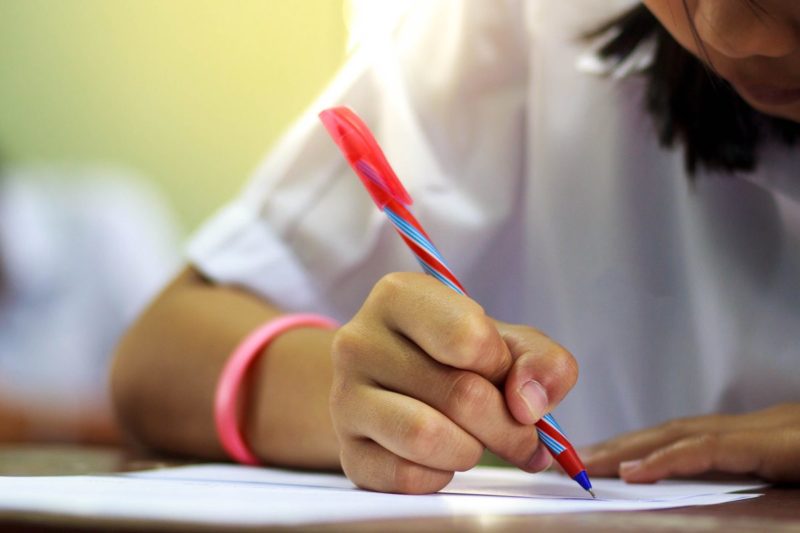 LGBTQ students, particularly those of color, face an array of school challenges—including "zero tolerance policing" and a lack of LGBTQ representation among faculty—that ends up either expelling or disengaging them. Shutterstock

Last month, the Trump administration rolled back a federal guidance for schools to protect transgender students’ right to bathroom choice. In response, advocates and allies around the country rallied to #ProtectTransYouth. But other angles of school hostility toward LGBTQ youth still remain invisible. A larger movement among queer, trans, and gender-nonconforming (GNC) youth, researchers, and organizers seeks to expand our ideas around what issues LGBTQ students are facing today—and points to what #ProtectTransYouth should more broadly encompass.

They raise the question: How exactly has injustice against queer and trans youth been operating in schools? And where is the support when it comes to issues outside of bathroom choice?

LGBTQ students, particularly those of color, face an array of school challenges—including “zero tolerance policing” and a lack of LGBTQ representation among faculty—that ends up either expelling or disengaging them. Trans and GNC youth of color are up against a unique set of hurdles.

School administrators often conflate glancing inclusion with justice for queer and GNC youth—and that makes the difference for students who need more than mere representation, according to organizer Eb Brown, founder of C.A.R.E Strategies, a justice-focused consulting platform for initiatives led by people of color. Formerly a teacher at a private middle through high school in Bucks County, Pennsylvania, Brown—who uses “he” and “they” pronouns and who identifies as bigendered masculine of center—saw firsthand that too frequently, schools are not active in responding to the needs of the queer and trans youth they serve. Often, Brown said, administrators do not assert these students’ ability to lead or their visibility outside of Pride Day.

Brown revisited a moment at their school when “the faculty splintered” over whether to stand with LGBTQ youth after the word “faggot” was written on someone’s locker. Deciding against possibly alienating nonqueer youth, the administration took no action in response to the queerphobic act. This school, which was “on the liberal end,” ultimately aligned with a straight-centered vision of inclusion, Brown said.

In terms of representation, meanwhile, among the roughly one-fourth of staff members who were LGBTQ, Brown reported that only one person was “physically out.”

Brown made clear that queer liberation requires upholding systems of accountability in support of LGBTQ youth of color, not just straight students. It turns out, when school discipline is invoked, it is rarely in favor of LGBTQ justice.

Brown’s observations are paralleled by research showing that holes in school support lead to confinement. Evidence showing direct targeting of LGBTQ students, especially those of color, raises questions about the roles queerphobia and transphobia play in school discipline. LGBTQ youth are two times more likely to be in juvenile detention facilities than their straight counterparts. Further, more than 60 percent of the 300,000 LGBTQ youth detained or arrested each year are Black or Latinx. A staggering 40 percent of all girls in juvenile detention are LGBTQ or GNC. Compounded by the finding that nine in ten youth involved in the juvenile justice system have previously been suspended or expelled, these numbers speak to a school-to-prison pipeline that may be most hostile toward queer and GNC youth of color, particularly girls.

During the last few years, a growing body of research has started to chip away at the widely held idea that boys of color are the only targets of school discipline (full disclosure: I worked on the linked research). One five-borough NYC study by CUNY Graduate Center last August found that gender-nonconforming LGBTQ girls of color were the group most severely affected by harassment, dropout, and school policing.

In the study, published last August, Jennifer Chmielewski and co-authors tracked the experiences of LGBTQ and GNC Black and Latinx students ages 14 to 25. Out of more than 800 participants, LGBTQ youth of color were nearly twice as likely as straight youth of color to have dropped out or been pushed out of school.

Chmielewski also found that the nature of hostility and discipline varies among LGBTQ students of color based on gender presentation: Namely, GNC girls face more aggressive criminalizing discipline, including having the highest rate of out-of-school suspensions and higher rates of being handcuffed and frisked by school safety agents.

Meanwhile, gender-conforming lesbian, gay, bi, and queer girls were being sexualized by peers, teachers, and police officers. One girl recounted that a police officer at her school once told her and her girlfriend, “I want to fuck you both.”

The specific conclusions drawn by this study had everything to do with its intentionally intersectional lens looking at at gender (non)conformity, along with other identities such as race and sexuality. The project itself was created by a cross-disciplinary and intergenerational advisory group in part made up of Black and Latinx LGBTQ folks as young as 16.

The practice of having LGBTQ youth of color define their own research parameters is mobilizing a far-reaching project that has so far collected more than 6,000 surveys by and for LGBTQ and GNC youth across the country. Called What’s Your Issue?, the project launched by the Public Science Project (PSP) at CUNY encompasses topics like relationships, housing, education, employment, and general interests. For the project’s GNC youth advisory group members, the guiding principle was “no more research about us without us,” said PSP’s director, María Torre.

The “What’s Your Issue?” survey begins with open-ended demographic questions that include an option for respondents to make their own box to check. So far, youth respondents have created more than 40 gender identities, like “nonbinary with a sprinkle of femme” and “demi-girl.”

“The survey itself created community,” explained Torre, as once respondents complete it, they can see how their responses map onto others’.

Torre emphasized that one of the project’s goals is to move away from top-down research that circulates scary statistics in a vacuum of bleak predicted outcomes. Queer and GNC youth are claiming space through the project to combat structural injustices on their own terms and share with each other practices they live by, like what they do to feel healthy.

Where schools and institutions fail, local community hubs by and for queer and trans folks have been sustaining sites for safety and growth. In their organizing work, Brown joined and helped build queer spaces in Oakland, a city with deep roots in community organizing. Brown shared that if it weren’t for groups like Gender Spectrum, which trains school staff to understand and support evolving youth gender identities, it would be impossible for these students to have a structural blueprint in place to begin social transitions like changing names, pronouns, and how they dress at school.

Community groups also provide places where queer and GNC youth of color don’t have to mute some of their identities to express others, a trade-off common in dominant “LGBT-accepting” spheres where white people—especially nontrans people—are normalized and anybody not part of these categories is erased. In physical and digital communities alike, we are now in a moment where bathroom choice stirred viral hashtags, and the New York Times covered Gavin Grimm’s U.S. Supreme Court case denial, but the fact that at least seven trans women of color have been murdered so far in 2017 has received little recognition. Community centers are the counter space for folks who get the message that they don’t have any elsewhere. Raquel Willis “fixed” a graphic from a recent Centers for Disease Control and Prevention awareness campaign targeted at “LGB” youth only. The original graphic is on the left.

Brown described Sexual Minority Alliance of Alameda County (SMAAC) youth center, now running for 16 years, as a place of holistic support for Black queer and GNC young people in Oakland. At SMAAC, Brown said, youth are activated on planning committees and as facilitators.

Movement birthplaces are not what we might expect—they are not courtrooms, Ivy League universities, or White House conferences. Instead, they look like SMAAC, where Brown walked in on their first day to music playing, and a table of young folks and adults playing spades.

“There were some GNC kids in the large room voguing to the music. There were folks on the computer talking about jobs,” Brown said. “This is what a supportive environment looks and feels like, and provides, for LGBTQ and GNC folks of color.”

These places can be lifelines for school reform. Brown underlined that centering LGBTQ youth of color in schools means allowing them to “direct themselves on how to thrive in their school systems and communities,” such as having youth be facilitators and planning committee members. Community organizations are the natural support systems that exist for queer and trans youth, they said. To center LGBTQ youth of color requires schools to “turn over power of those decisions to young folks. It requires that they learn from community organizations.”

Some next steps laid out by youth who collaborated with CUNY researchers for the study include school curricula that address queerness in literature, history, and sex education. They named their needs beyond the right to choose a bathroom. They want a school where faculty and staff can be visible and comfortably “out.” They want restorative justice programs that recognize the oppressions they face, support their wisdom, and protect their right to thrive.