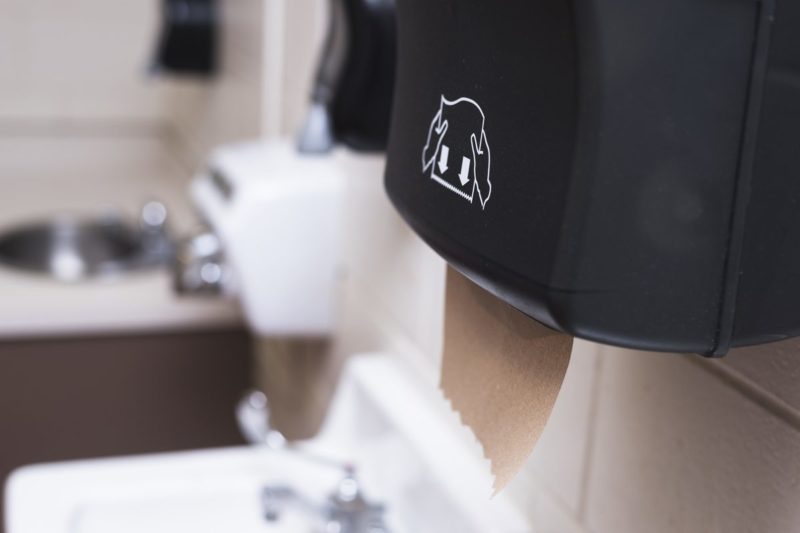 The policy at issue in the lawsuit mandates transgender students use either single-user bathrooms or bathrooms labeled as matching their assigned sex. Shutterstock

A federal court on Monday ruled in favor of three transgender high school students and ordered their Pennsylvania school district allow them access to restrooms aligning with their gender identity.

Attorneys from Lambda Legal in October 2016 filed a lawsuit on behalf of three students at Pine-Richland High School in suburban Pittsburgh. Attorneys filed the lawsuit after the Pine-Richland School Board voted to reverse the district’s longstanding practice of allowing students access to restrooms consistent with their gender identity. The change was in response to pressure from anti-LGBTQ groups that claimed the policy put students at risk.

These claims were advanced despite no evidence of any issues with the district’s bathroom access policy, as noted by the court in its opinion. The policy at issue in the lawsuit mandates transgender students use either single-user bathrooms or bathrooms labeled as matching their assigned sex.

The district’s change in policy violates both the Equal Protection Clause of the Fourteenth Amendment as well as Title IX of the Education Amendments Act of 1972, according to the allegations in the complaint. Attorneys for the school district deny these claims and argue the change in policy was both reasonable and consistent with Title IX.

The district court partially agreed, ruling on behalf of the students and granting a preliminary injunction on their equal protection claim, but not their Title IX claim.

The effect of Monday’s order is to halt the school district’s enforcement of its changed policy and allow the students access to restrooms that align with their gender identity.

The court confirmed that Title IX covers discrimination against transgender students, but the legal climate was too uncertain for the court to determine whether the students had a likelihood of succeeding on their Title IX claims. The court based this conclusion on the Trump administration’s withdrawal of an Obama-era guidance directing schools that receive federal funding to allow students access to restrooms that align with their gender identity. The Obama administration guidance said this was consistent with Title IX’s prohibitions on sex discrimination. The court cited the unresolved status of Gavin Grimm’s case, which is pending before the Supreme Court.

That case is scheduled for oral arguments at the Supreme Court in late March. The Roberts Court asked the parties in Grimm for briefs on whether the case should move forward following the Trump administration’s change in position on Title IX and discrimination against transgender students.

Those briefs are due March 1 and the Court is expected to make its decision as soon as Monday.