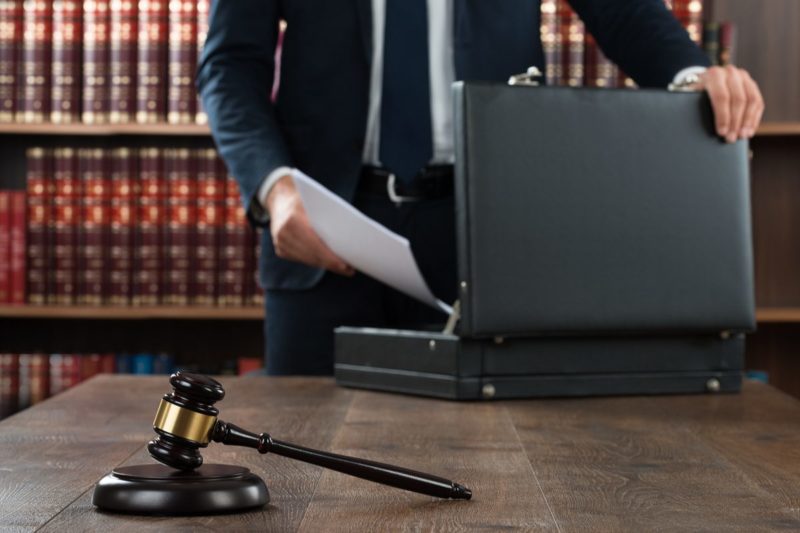 As Rewire previously reported, sexual assault survivors and advocates in D.C. have long been frustrated with the U.S. Attorney’s Office for failing to be transparent with victims and the public about how often and why they decline to prosecute certain sexual assault cases. Shutterstock

Finally, government consultant Elisabeth Olds has a picture—or at least a sketch—of what happens to reports of sexual assault crimes in Washington, D.C., between the initial police call through potential jail sentences.

The D.C. Executive Office of the Mayor hired Olds in late 2014 to review how well agencies in the District had implemented a 2013 law intended to improve services and outcomes for victims of sexual assault, called the Sexual Assault Victims’ Rights Amendment Act (SAVRAA).

Overwhelmingly, she found that in 2015 the sexual assault cases that made it from the police’s desk onto a court docket were largely ones where the victim suffered physical injuries or where the alleged offender was a stranger to the victim—the types of cases that generally conform to stereotypes of what qualifies as “real” rape or sexual assault.

D.C. prosecutors were less inclined, Olds found, to file charges in cases where the victim was intoxicated or where consent was in dispute, even though national experts say these types of sexual assaults are common.

Overall, however, Olds notes that the estimated rate at which the United States Attorney’s Office for the District of Columbia—the federal agency that prosecutes violent crimes in the nation’s capital—is prosecuting sexual assault cases falls in line with national averages, a surprising discovery to some sexual assault advocates in D.C., who suspected the District’s prosecution rate would be abysmal.

“[W]hile the findings show that [the U.S. Attorney’s Office] prosecutes far more cases than is publicly perceived, when we break those cases down we begin to see patterns that may need prompt attention,” Olds wrote in a report she submitted to the D.C. mayor’s office and legislature last week and shared with Rewire.

“[T]he USAO does prosecute cases where the facts are difficult when placed before a judge or a jury, cases in which a report is delayed, the victim was drunk or is mentally ill, or where the victim is a sex worker,” she continued. “However, the data in this report shows that those reports are outliers when compared to cases in which a physical injury and assault accompanied the sexual assault.”

Olds found that in 2015, the Metropolitan Police Department received 1,177 reports of adult sexual assault or crimes that had a sexual element to them. Upon investigating these allegations, police classified 671 of these reports as misdemeanor or felony sexual assaults to be presented to prosecutors. The U.S. Attorney’s Office (USAO) initially filed charges in 124 of these cases, making D.C.’s prosecution rate for 2015 about 18 percent. (Olds puts the national average for sexual assault prosecutions at 14 to 18 percent.)

Of these 124 cases, prosecutors resolved 52 of them through a plea bargain, took 20 of them to trial (resulting in 14 guilty verdicts and six non-guilty verdicts), and dismissed 37 of them, according to Olds’ report. The remaining cases are before the Superior Court of the District of Columbia and remain unresolved.

Olds told Rewire by email that roughly 70 out of the 124 cases in which prosecutors initially filed charges involved use of force or threats of physical violence. She did not include these numbers in her final report.

And unlike most municipalities in the United States, D.C. does not have any governing authority over its prosecuting body because the U.S. Attorney’s Office for D.C. is under federal jurisdiction.

Olds told Rewire in a phone interview that she gave up after more than a year of asking the U.S. Attorney’s Office to provide her with aggregate data related to D.C. sexual assault prosecutions and instead pieced together her data set from police and court records. She concedes in the report that her data set is limited and welcomes any corrections.

“In releasing this data, whether the USAO wanted it out there or not, their perception of the work that they’re doing is very different from the public’s perception of the work that they’re doing,” Olds told Rewire. “From a numeric perspective this report is not bad. But in conversations with advocates and survivors, I had trouble getting them to believe these numbers because it was so far from their experiences.”

The U.S. Attorney’s Office for D.C. did not comment on any of Olds’ findings, rejecting her report wholesale.

“The U.S. Attorney’s Office for the District of Columbia strongly disagrees with the findings and conclusions of this report,” Bill Miller, the office’s public information officer, told Rewire in an email. “We remain steadfastly dedicated to the victims of sexual assault and will provide a more comprehensive response to the Mayor and Council of the District of Columbia at the appropriate time.”

Victims’ rights attorney Bridgette Stumpf is among those who were surprised by the overall prosecution rate in Olds’ report because few of her clients’ cases were prosecuted in 2015, she told Rewire in a phone interview.

Stumpf is the co-founder and co-executive director of the Network for Victim Recovery of DC, which provides free legal and advocacy services to crime victims in the District. Stumpf estimates that her organization serves about a third of victims who report sexual assaults in the District each year.

Stumpf says that one of the most common types of sexual assaults she sees are cases in which the victim was intoxicated with drugs or alcohol, either voluntarily or involuntarily. These are cases, she told Rewire, “where there are a lot of barriers around memory and the presences of prevalent rape myths.”

Olds, in her report, notes that last year 34 of these types of cases, known as drug-facilitated sexual assaults, were classified by police as assaults. Of the six cases charged in court, four were dismissed.

Stumpf said more transparency from the U.S. Attorney’s Office about why they drop certain cases can help advocates and service providers in D.C. figure out what type of evidence prosecutors need to go forward.

Since a public hearing in February at which survivors testified, Olds said that the U.S. Attorney’s Office has implemented some of her recommendations, including inviting victims to have a phone meeting with a prosecutor and a police detective about why the alleged offender in their case will not be charged.

While this is an excellent development, she said, victims are still complaining that the reasons given by prosecutors are “circular” and do not sufficiently explain why they are dismissing the cases. Disputed consent, or the fact that a victim sent a text message to her alleged offender after the alleged assault, are among reasons given to survivors for why a jury would likely not believe their cases, Olds reports.

“[W]hen they are given a direct answer it sounds very much like it is solely from the perspective of the defense, or the prevailing societal view of sexual assault without articulating what, if anything, could be done to overcome it,” she writes.

The D.C. mayor’s office is reviewing Olds’ latest report and working on legislation to amend and improve SAVRAA, said Michelle Garcia, the director of the Office of Victim Services and Justice Grants within the D.C. Mayor’s Office.

Garcia told Rewire in a phone interview that the amendment will be based on recommendations reported to the D.C. government this year by Olds and by the task force set up to review SAVRAA. The administration has already implemented many of the recommendations that did not require new legislation, Garcia said.