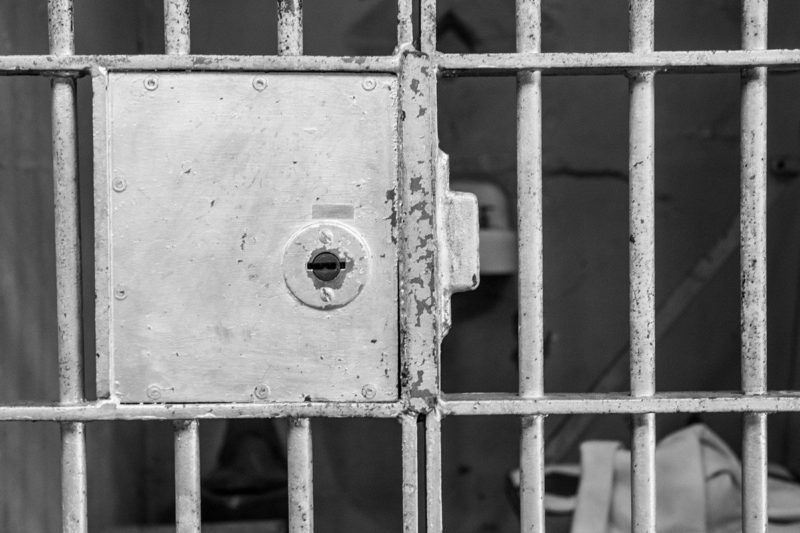 Department of Homeland Security (DHS) Secretary Jeh Johnson said Monday that his department might follow the lead of the Department of Justice (DOJ), which recently announced that it would end its ties with private prisons.

Johnson said he directed the Homeland Security Advisory Council (HSAC), chaired by Judge William Webster, “to evaluate whether the immigration detention operations conducted by Immigration and Customs Enforcement (ICE) should move in the same direction.”

Webster has been tasked with establishing a subcommittee of the council to review policies and practices regarding the use of private immigration detention, and evaluate whether the use of private prisons should end, according to Johnson’s statement.

A report on the findings will be sent by November 30 to Johnson and ICE Director Sarah Saldaña.

The Texas-based organization Grassroots Leadership last year released a report revealing that private prisons increased their share of the immigrant detention industry after the implementation of the “detention bed quota,” which guaranteed 34,000 immigrants would be detained at any given time.

The HSAC is comprised of 40 members that advocates have called “an unusual group of people.” Members include controversial New York Police Commissioner William Bratton, a retired chairman and CEO of Lockheed Martin, Chuck Canterbury, the president of the Fraternal Order of Police, Marshall Fitz, a senior fellow at the Center for American Progress, and Dr. Ned Norris Jr., former chairman of the Tohono O’odham Nation, a tribe that was divided by the construction of the U.S./Mexico border.

Bob Libal, executive director of Grassroots Leadership, told Rewire that no insight has been provided by DHS into how HSAC members were chosen, or why.

“I guess we forget that Homeland Security is comprised of more than immigration enforcement, it includes the Coast Guard, for example, but it does seem like an unusual group of people,” he said. “I can’t say I understand the group of people collected, but what I do know is that there should be room for public input, including organizations who have been doing work around this subject for a long time. I also think those who have been in detention should be consulted. Do they have a say in what happens? So much of the process is unclear right now.”

Groups like Grassroots Leadership, #Not1More, Human Rights Watch, and Detention Watch Network have reported on the abuses inside privately-run detention centers and documented the substandard care in these facilities, including inadequate health care that has lead to multiple in-custody deaths. But it does not appear as if the experiences of those who have been detained in these facilities or the organizations devoted to exposing these abuses will be considered by the DHS committee.

The DOJ’s decision to cut ties with private prisons was largely informed by a report from the Office of the Inspector General that revealed private prisons’ failure to save money and maintain the same level of safety and security as the Federal Bureau of Prisons (BOP), including higher rates of assaults.

Grassroots Leadership reported that “private prison corporations reacted to the DOJ’s decision by blaming immigrant prisoners for higher rates of violence, even though the DOJ cited operational problems as the cause of the systemic failures within CAR (Criminal Alien Requirement) contract prisons.”

Most privately-operated prisons within the BOP are CAR prisons, which hold noncitizens who have been criminally prosecuted for crossing the border, according to Grassroots Leadership.

Libal told Rewire it’s difficult to know what will happen to companies like CCA and GEO, should DHS stop utilizing private companies.

Both companies encouraged mass incarceration by owning and marketing the detention facilities.

In a statement from We Won’t Wait, a national campaign representing and advocating for the economic agenda of women of color and low-income women, spokesperson Andrea Cristina Mercado said that DHS’ announcement was a “welcome step” toward ending for-profit prisons.

“No one should profit from putting human beings in cages,” Mercado said. “Refugee mothers and children who have fled their homes due to violence and unrest have suffered enough—allowing big corporations to profit off their pain and their labor, with a nod from the federal government, is simply unacceptable. We urge DHS to follow the DOJ’s lead and shut down all for-profit immigrant detention centers immediately.”