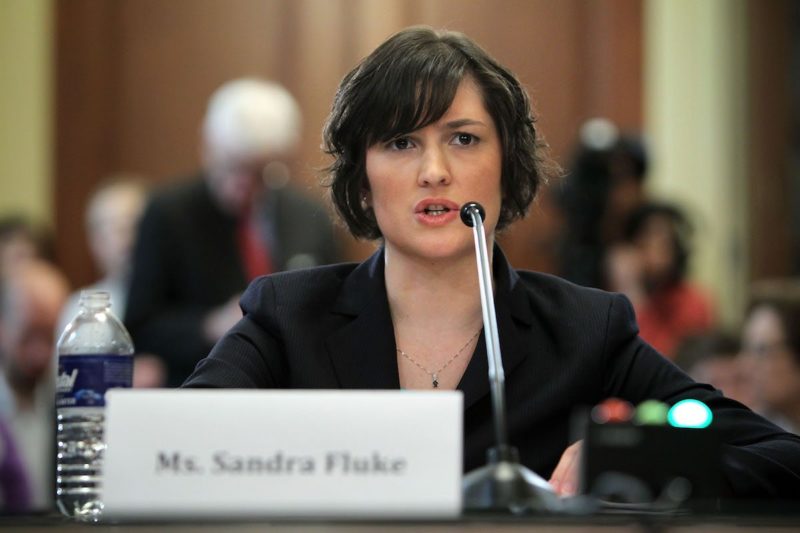 Read more of our articles on challenges to the Affordable Care Act’s birth control benefit here.

Students choose which university to attend for a variety of reasons: the programs offered, the proximity of campus to home, the institution’s reputation, the financial assistance available, and so on. But young people may need to ask whether their school is likely to discriminate in the provision of health insurance, including contraceptive coverage.

In Zubik v. Burwell, a group of cases sent back to the lower courts by the U.S. Supreme Court in May, a handful of religiously affiliated universities sought the right to deny their students, faculty, and staff access to health insurance coverage for contraception.

This isn’t just a legal debate for me. It’s personal. The private university where I attend law school, Georgetown University in Washington, D.C., currently complies with provisions in the Affordable Care Act that make it possible for a third-party insurer to provide contraceptive access to those who want it. But some hope that these legal challenges to the ACA’s birth control rule will reverse that.

Georgetown University Law Center refused to provide insurance coverage for contraception before the accommodation was created in 2012. Without a real decision by the Supreme Court, my access to contraception insurance will continue to be at risk while I’m in school.

I’m not alone. Approximately 1.9 million students attend religiously affiliated universities in the United States, according to the Council for Christian Colleges and Universities. We students chose to attend these institutions for lots of reasons, many of which having nothing to do with religion. I decided to attend Georgetown University Law Center because I felt it was the right school for me to pursue my academic and professional goals, it’s in a great city, it has an excellent faculty, and it has a vibrant public-interest law community.

Like many of my fellow students, I am not Catholic and do not share my university’s views on contraception and abortion. Although I was aware of Georgetown’s history of denying students’ essential health-care benefits, I did not think I should have to sacrifice the opportunity to attend an elite law school because I am a woman of reproductive age.

That’s why, as a former law clerk for Americans United for Separation of Church and State, I helped to organize a brief before the high court on behalf of 240 students, faculty, and staff at religiously affiliated universities including Fordham, Georgetown, Loyola Marymount, and the University of Notre Dame.

Our brief defended the sensible accommodation crafted by the Obama administration. That compromise relieves religiously affiliated nonprofit organizations of any obligation to pay for or otherwise provide contraception coverage; in fact, they don’t have to pay a dime for it. Once the university informs the government that it does not want to pay for birth control, a third-party insurer steps in and provides coverage to the students, faculty, and staff who want it.

Remarkably, officials at the religious colleges still challenging the Affordable Care Act say this deal is not good enough. They’re arguing that the mere act of informing the government that they do not want to do something makes them “complicit” in the private decisions of others.

Such an argument stands religious freedom on its head in an attempt to impose one group’s theological beliefs on others by vetoing the third-party insurance providers’ distribution of essential health coverage to students, faculty, and staff.

This should not be viewed as some academic debate confined to legal textbooks and court chambers. It affects real people—most of them women. Studies by the Guttmacher Institute and other groups that study human sexuality have shown that use of artificial forms of birth control is nearly universal among sexually active women of childbearing years. That includes Catholic women, who use birth control at the same rate as non-Catholics.

Indeed, contraception is essential health care, especially for students. An overwhelming number of young people’s pregnancies are unplanned, and having children while in college or a graduate program typically delays graduation, increases the likelihood that the parent will drop out, and may affect their future professional paths.

Additionally, many menstrual disorders make it difficult to focus in class; contraception alleviates the symptoms of a variety of illnesses, and it can help women actually preserve their long-term fertility. For example, one of the students who signed our brief told the Court that, “Without birth control, I experience menstrual cycles that make it hard to function in everyday life and do things like attend class.” Another woman who signed the brief told the Court, “I have a history of ovarian cysts and twice have required surgery, at ages 8 and 14. After my second surgery, the doctor informed me that I should take contraceptives, because if it happened again, I might be infertile.”

For these and many other reasons, women want and need convenient access to safe, affordable contraceptives. It is time for religiously affiliated institutions—and the Supreme Court—to acknowledge this reality.

Because we still don’t have an ultimate decision from the Supreme Court, incoming students cannot consider ease of access to contraception in deciding where to attend college, and they may risk committing to attend an university that will be legally allowed to discriminate against them. A religiously affiliated university may be in all other regards a perfect fit for a young woman. It’s unfair that she should face have to risk access to essential health care to pursue academic opportunity.

It does not, nor should it ever, give one person or institution the power to meddle in the personal medical decisions of others.