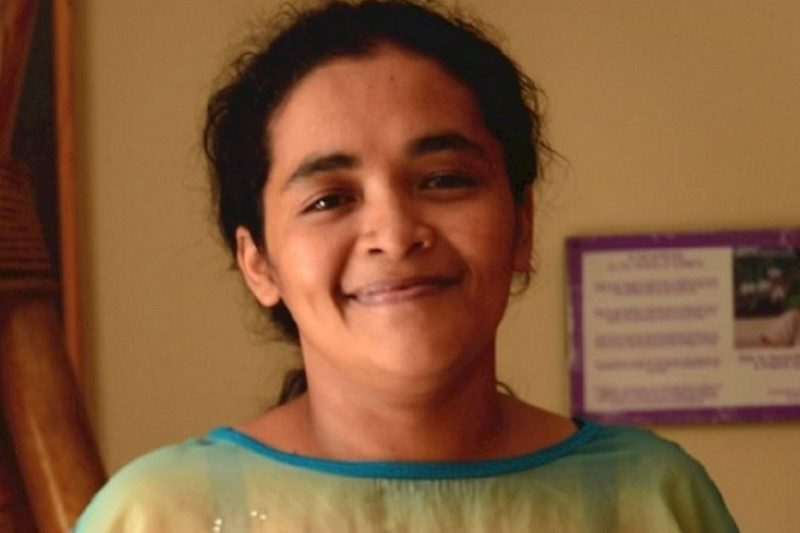 Maria Teresa Rivera is part of the group known as "Las 17," Salvadoran women who have been unjustly convicted and imprisoned based on El Salvador's highly restrictive anti-abortion laws. Agrupación

Two months ago, Maria Teresa Rivera was released from a 40-year prison sentence after spending more than four years behind bars. Rivera was convicted of aggravated homicide in 2012 following an obstetrical complication during an unattended birth the previous year, which had resulted in the death of her fetus. On May 20, Judge Martín Rogel Zepeda overturned her conviction. Now, however, a legal threat could return her to prison.

Rivera is part of the group known as “Las 17,” Salvadoran women who have been unjustly convicted and imprisoned based on El Salvador’s highly restrictive anti-abortion laws.

The government-employed prosecutor in Rivera’s case, María del Carmen Elias Campos, has appealed Rogel Zepeda’s decision overturning the original 2012 conviction and allowing Rivera to return to her now-11-year-old son. If the appeal is granted, Rogel Zepeda’s decision will be reviewed by a panel of justices. An unfavorable decision at that point could lead to a new trial.

“I just don’t understand the prosecutor’s motivation for this appeal,” Rivera told Rewire in an interview. “We are very poor, and there is no one else but me to provide income for our family.”

Although “the law clearly allows the prosecution to appeal,” Morena Herrera, president of the Agrupación Ciudadana por la Despenalización del Aborto, told Rewire in an interview, “This appeal that questions the decision of the court that granted [Rivera] her freedom is not looking for the truth.”

“So, if her own witness spoke against [the prosecutor] and said she was not correct, it seems to me that this appeal … is proof that the prosecutor is not seeking either justice or the truth.”

Hugo Mata explained to Rewire that the prosecutor’s appeal asserts that Judge Rogel Zepeda “did not employ the legal standard of ‘sana crítica,’ or ‘solid legal judgment’ in evaluating the evidence presented.”

Hugo Mata vigorously contests the prosecutor’s allegation, noting that the judge’s written decision went into significant legal detail on all the issues raised at the hearing. He believes that a responsible court should see that “there was nothing capricious or contradictory in his highly detailed and legally well-founded decision.”

The three-judge panel has ten working days, or until approximately July 12, to render a decision as to whether to grant the initial appeal, although such deadlines are not always rigidly observed.  If the panel does not grant the appeal, the decision to overturn the conviction will stand.

The Agrupación, including Hugo Mata, believes that the appeals panel will be swayed by knowing that the case is receiving widespread attention. As part of a campaign to bring attention to the appeal process, the Agrupación has set up an email address to which supporters can send messages letting the court know that justice for Rivera is of national and international importance.

“What most worries me is leaving my son alone again,” Rivera told Rewire. “I was forced to abandon him for four and a half years, and he suffered greatly during that time. He is just beginning to recover now, but he never wants to be apart from me. He tells me every day, ‘Mommy, you’re never going to leave me again, are you?’ I had to tell him about this appeal, but I promised him everything would be all right.”

“I was abandoned by my mother at the age of five and grew up in orphanages,” Rivera concluded. “I don’t want the same life for my son.”