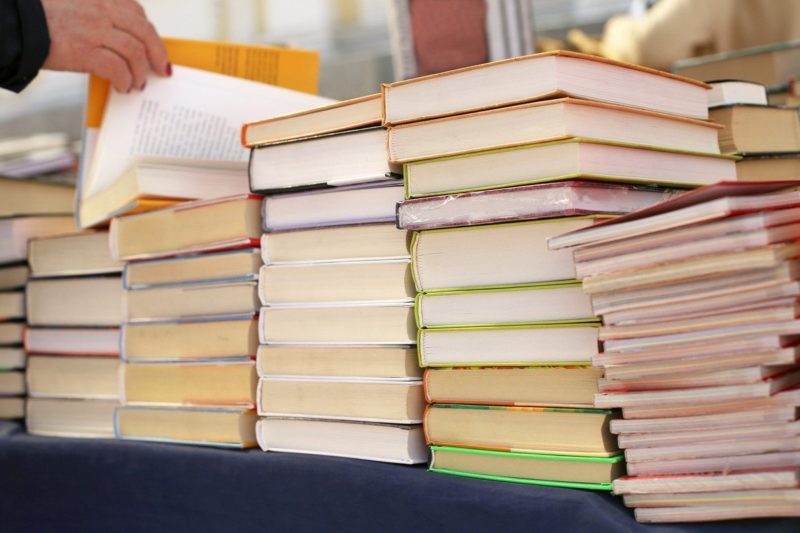 In these books, one writer argues in a documentary about the genre, women "get rewarded for going after what you want. You can have sex without dying." Shutterstock

In the industry, the romance novels read by approximately 75 million people a year are referred to as HEAs, or “Happily Ever Afters.” Romance Writers of America reports that these books represent big business: over $1 billion in sales in 2013 alone.

The 37-year-old trade association further notes that 82 percent of romance readers are female. The books span a multiplicity of romantic genres, from suspense to steampunk, from Christian themes to the paranormal. All, however, predictably end on a high note: the HEA.

“Women have adopted the Happily Ever After ending for a reason,” Deborah Chappel Traylor, associate professor of English at Arkansas State University, says in Love Between the Covers, an upbeat documentary about the women who write and read romantic fiction. The reason, she says, is simple: Such endings help women “imagine a world in which women can win and in which their views are front and center.”

The film is persuasive, and likely to make viewers who’ve never paid attention to the genre take a second look, and perhaps buy a romance novel. Love Between the Covers, by featuring the work of writers who introduce characters of color, LGBTQ characters, and strong, stable female characters, made me reconsider my knee-jerk assumptions about these books and the people who read them.

The 84-minute documentary zeroes in on five published and one as-yet-unpublished novelist, several publishing company executives, and readers. All sing the praises of romance writing and theorize about why the field has been treated with disdain by both scholars and the literary establishment. The film calls out the sexism that has labeled romance writing frivolous, and lambasts the idea that romance writing is unworthy of sustained attention. The film argues that the genre gives readers female characters to root for, admire, and emulate—and that’s valuable.

Take it from bestselling writer Jennifer Crusie, the pseudonym of author Jennifer Smith, who nails the anti-woman bias of critics, noting that because most romance novels present women as assertive and determined, they deviate from the so-called traditional literary canon. In The Scarlet Letter, for instance, the narrative offers an unmistakable message: Something awful lies in wait for unmarried, sexually active women. Romance novels suggest the opposite, Crusie argues. “In romance fiction you get rewarded for going after what you want. You can have sex without dying,” she says.

Popular notions of love and commitment are also upended in virtually every type of romance, popular writer Nora Roberts adds. “Romeo and Juliet is not a romance,” she says. “It’s about two stupid teenagers who commit suicide.”

So what, then, is a romance?

Abby Zidle, senior editor at Pocket Books, tells director Laurie Kahn that “the story we’re looking for is one that says, ‘You deserve to have your desires—whether they’re for career, love, or sex—validated.’”

As the film presents it, secular romance novels emphasize female entitlement, not only to feelings but to a sense of self. (The film does not discuss Christian romance novels, which avoid any reference to out-of-wedlock or premarital sex—a gap in an otherwise comprehensive overview of the genre.)

Writer Beverly Jenkins reports that when she first began writing historical fiction featuring Black characters more than 20 years ago, having a woman of color as victor was unheard of, so she created one. “I am not looking to create a stupid heroine,” she says. “I’m looking for a woman who has her shit together already. The man is the cherry on top.”

And Lenora ‘Len’ Barot, who writes under the name Radclyffe, introduces savvy, creative lesbians to her readers. Barot got her literary start while she was a medical student in Philadelphia, and published her first full-length manuscript during her residency. Now, along with her partner Lee Ligon, Barot runs Bold Strokes Books; the company has published the work of more than 120 LGBTQ authors.

“For those of us who once lived in the shadows, it’s so great to have these books,” she says in the film. As a teenager, Barot says that she read The Well of Loneliness, a 1928 novel in which the lesbian protagonist commits suicide. Other lesbian pulp fiction, she continues, was similarly depressing, making it seem as if lesbians and gay men were doomed to miserable, solitary lives. In college she discovered Naiad Press, one of the first publishers offering positive lesbian literature. Finding characters she could relate to was life-changing for Barot.

Indeed, both she and Jenkins assert that literary representation is important in affirming individual identities and helping people imagine varied possibilities and options. That’s why they write about relationships and tell romantic stories.

One of the most interesting things about Love Between the Covers is its examination of the romance literature communities that have developed on- and offline. Readers give one another support, and writers—including Roberts, Mary Bly (who writes as Eloisa James), and Jayne Ann Krentz—use chatrooms to give aspiring writers feedback, advice, and encouragement. Bly’s personal assistant, Kim Costello, says in the film that she creates blogs for six separate authors but emphasizes that they are colleagues, not competitors. “We talk about husbands, recipes, our kids, as well as books,” she says. It’s a heartwarming sisterhood of the highest order.

As for the books themselves, Costello in the film credits romance novels with teaching her about dating and suggesting alternative paths. Among the lessons, the married mother explains, is that she did not “need to meet men in bars” or “date her boss” if those options didn’t interest her, but could instead hold out for Mr. Right.

Romance fiction, regardless of category, is undeniably formulaic—keep in mind the requisite HEA ending—and the most popular writers churn out an astonishing two or three new works a year. But those who consider romantic fiction silly or inane are simply wrong, Costello says with a shrug.

Indeed, aren’t we all just hoping for our own Happily Ever After?