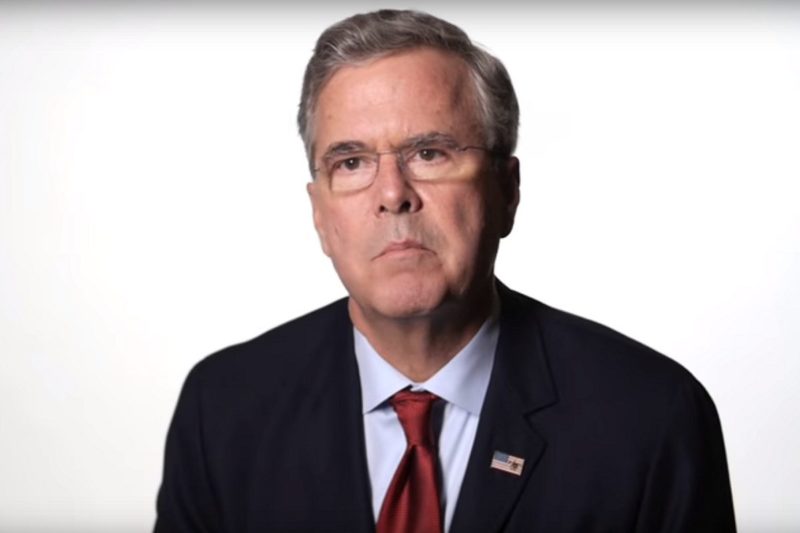 Republican presidential candidate Jeb Bush reasserted his anti-choice credentials during an interview on Wednesday, voicing his support for the end of legal abortion under Roe v. Wade and for the expansion of federal funding for crisis pregnancy centers (CPCs).

Speaking with the Associated Press as part of its “AP Conversation” series, Bush told the news outlet that he was running for president to “make sure that the conservative cause is advanced. Not just in talk shows and think-tanks and wherever conservatism is talked about in all sorts of different ways, but in governing.”

“I’d like to see Roe v. Wade overturned,” Bush went on, outlining his hope that the Supreme Court would ultimately leave abortion legality up to the states to decide, deeming them to be “the proper place for its regulation.”

Bush suggested that if elected, he would not pick judicial appointments solely on their position on abortion, but would instead choose based on their records and philosophies as conservatives.

The former Florida governor continued in the interview with AP to detail his intention to work with Congress to ensure Planned Parenthood wouldn’t receive federal funding, and instead promote adoption programs. He also committed to the expansion of CPCs, which, reports have shown, regularly lie to patients in order to persuade them not to get an abortion.

Bush has a long history of vocal support for CPCs, and even stumped at one during a campaign stop in South Carolina last July.

As governor of Florida, Bush helped funnel state money to CPCs through a 1999 law establishing “Choose Life” license plates in the state.

“We were the only state, I believe, to have funded with state monies crisis pregnancy centers to provide counselors so that these not-for-profits … could act on their mission,” Bush bragged of the legislation during an April 2015 interview with anti-choice organization Focus on the Family. “It was a godsend for these crisis pregnancy centers.”

Florida is not the only state to have funded CPCs—at least 11 states have directly funded CPCs, and many states have similar anti-choice license plate programs.

During his tenure as governor of Florida, Bush, who called himself “the most pro-life governor in modern times,” did succeed in defunding Planned Parenthood in the state. Bush’s anti-choice push left the state with poor health outcomes, and by 2014 Florida had tied Arkansas and Oklahoma as the worst state for women’s well-being, according to an analysis by the Center for Reproductive Rights.