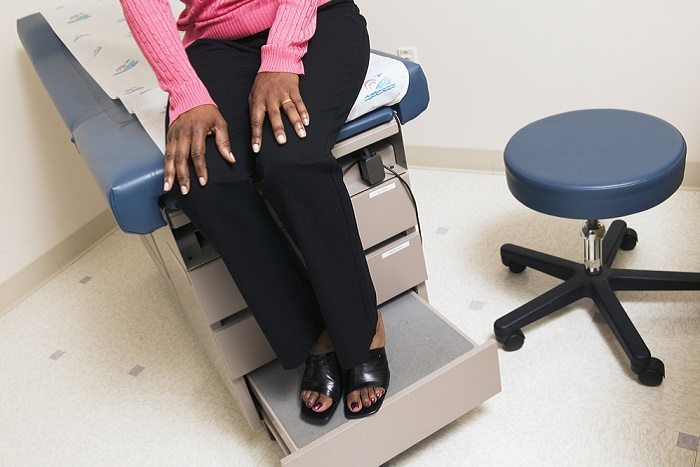 All lives do not matter to politicians like Rep. Mike Moon (R-MO) and Rep. Sean Duffy (R-WI) because the very real issues that we deal with every day are only spoken of when they want to vilify Black mothers and families or try to use us to push their agenda. Shutterstock

I wish I were surprised that Congresspeople are denigrating the decisions of Black women at a time when so many of us are struggling to make ends meet, but sadly I am not.

There has been a slew of rhetoric stigmatizing Black women who seek abortion, and insulting women and providers by equating abortion with genocide. So comments made by Rep. Sean Duffy (R-WI) last week were not the first from an elected official, nor will they be the last, to push a myopic personal agenda on the backs of Black women.

According to Rep. Duffy:

There is a targeting going on in a lot of spaces and a lot of places, and it’s going on in the abortion industry. And my friends, my liberals, Congressional Black Caucus Members, they talk about fighting for the defenseless, and the hopeless, and the downtrodden. But there is no one more hopeless and voiceless than an unborn baby, but their silence is deafening. I can’t hear them. Where are they standing up for their communities, advocating and fighting for them, their right to life?

Duffy called out the Congressional Black Caucus, and later the Black Lives Matter movement, and essentially said that by not working to limit access to abortion, these groups are not working to protect Black lives.

This is no surprise given his previous attempts to try and eliminate not only abortion access, but also to take away the expanded access to health services under the Affordable Care Act. He also has voted to cut benefits and food stamps.

Why hasn’t he spoken out about Black children being killed in the streets? Where was his supposed indignation when Tamir Rice was shot on a playground? Why hasn’t he said anything about the number of Black children living in poverty? How about the fact that families in Flint, Michigan, right now can’t drink the water without fear of being poisoned?

He is not concerned with Black lives.

He is, however, concerned with controlling the ability of women of color to make our own decisions and wants to do so by using this issue to divide our community.

Duffy went on to say in his floor comments:

Black lives matter. They do. Indian, Asian, Hispanic, and White, all those lives matter. We should fight for all life, including the life of the unborn.

Sadly, Duffy’s comments only represent more of the same invective pushing aside the Black Lives Matter movement’s emphasis on Black lives and the violence and struggles that Black people face every day, by declaring that “all lives matter.” How these legislators are taking it one step further, though, by introducing legislation to take away access to abortion in the guise of “all lives matter,” is deeply concerning.

In Missouri—where Mike Brown’s body was left in the streets of Ferguson for hours after he was shot by a policeman who was never indicted, and where the fear and anger and power of the Black community coalesced into a sustained movement—the legislature is now perverting this legacy by using it to try to ban all access to abortion.

Rep. Mike Moon (R-MO) is sponsoring the “All Lives Matter Act,” which would amend state law to define a fertilized egg as “a person” and life as beginning at conception. This would not only deny access to abortion, but could also restrict the use of common forms of birth control and prohibit in vitro fertilization. “Personhood” measures have seen little success at the ballot box and in numerous state legislatures. Still, Rep. Moon sees an opportunity to use the mantle of a movement that is about the dignity of the Black community to mount an attack on Black women’s access to care.

Black women have historically faced disparities in access to reproductive health care, including abortion. Chronic health conditions plague our community, and yet many of the lawmakers who claim to care about all lives—which should mean our lives too—have been silent, or worse, they have pushed for steeper cuts to health programs.

Where is their care for Black babies when Black women have endured forced sterilization in hospitals, in prisons, in our doctor’s offices? Where is their concern about the fact that Black women experience a high rate of maternal mortality or that Black families are more likely to struggle with food insecurity and to become homeless?

All lives do not matter to politicians like Moon and Duffy because the very real issues that we deal with every day are only spoken of when they want to vilify Black mothers and families or try to use us to push their agenda.

For Black women, our liberation includes both our safety and dignity in the face of an epidemic of violence, as well as our bodily autonomy and the ability to define ourselves and our futures. Advocates and allies cannot stand by as politicians drive a wedge between those of us who fight to dismantle white supremacy and those who push back on attempts to control Black women’s reproduction. For Black women those fights have always been and will always be intrinsically linked. We do not need politicians who advance their agenda by demonizing our decisions or co-opting our efforts to build and leverage collective power. We do need politicians to Trust Black Women to make our own decisions about our bodies, our families, and our lives and to join us in speaking out against such vitriol when their colleagues don’t.