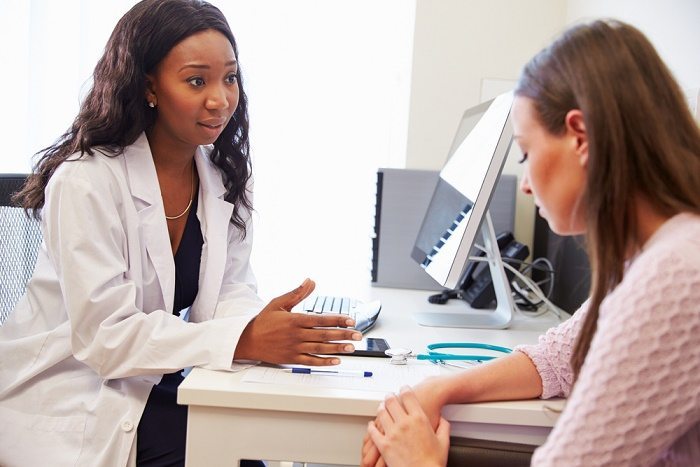 A new report by the World Health Organization estimates that two out of three adults under the age of 50 had herpes simplex virus 1 in 2012. That’s 3.7 billion people worldwide who are infected. But that doesn't mean it's time to panic. Shutterstock

We used to call them cold sores or fever blisters and dismiss them as unsightly and annoying. But the truth is that little sore in the corner of your uncle’s mouth was always caused by a herpes virus that is easy to spread. So easy, in fact, that a new report by the World Health Organization estimates that two out of three adults under the age of 50 had herpes simplex virus 1 (HSV-1) in 2012. That’s 3.7 billion people worldwide who are infected. Before we panic and start to plan for the herpes apocalypse, though, we should know a few things about this sexually transmitted infection (STI).

There are actually eight herpes viruses that can infect humans. Some are associated with known childhood sicknesses like chicken pox and roseola, and others can cause illnesses such as Epstein-Barr, which leads to chronic fatigue and other symptoms. The two herpes viruses talked about the most, however, are HSV-1 and HSV-2, because both are sexually transmitted.

It used to be thought that HSV-1 caused all infections above the waist and HSV-2 was responsible for those below. While it is more common for HSV-1 to infect the mouth and HSV-2 the genitals, we know now that either strain of the virus can cause infection in either place. Herpes is spread when cells from infected skin come in contact with either broken skin (like a cut or a sore) or mucous membranes such as the lips or genitals.

So Many People Have It

One thing that makes herpes infections so common is that it can be spread whenever the virus is shedding, which can happen when people are not experiencing any symptoms. Though this can make prevention more challenging, people who get multiple outbreaks often come to learn what their skin feels like right before an outbreak and know to avoid contact with others at that point.

As Rewire previously reported, there is a new theory that may explain why so many younger people are becoming infected with herpes. Research suggests that in the past, kids were exposed to the virus during childhood—possibly as a result of kissing relatives who thought nothing of the cold sore they had on their mouth. This exposure allowed their immune systems to build up antibodies that could protect against infection if or when they were exposed again once they became sexually active.

A rising awareness of avoiding contact during outbreaks, coupled with generally more hygienic living situations, means kids do not get exposed at a young age and do not develop antibodies. This leaves their immune systems unprotected when they start having sex. The researchers believe that the lack of antibodies, coupled with an increase in oral sex, is a recipe for more genital herpes infections caused by HSV-1 in the future.

For many people, infection with herpes is a non-event. They will never experience symptoms and won’t even know they have the virus. Some people might experience mild symptoms, like tiny sores on the skin that they barely notice or mistake for an ingrown hair, pimple, bug bite, or very chapped lips.

Others may get an unmistakable fluid-filled blister or even a cluster of them. Blisters can appear on the lips, inside the mouth, back of the throat, genitals, or rectum. The blisters then break, leaving sores that are painful and may be slow to heal. Flu-like symptoms, such as fever, aches, or swollen glands, can also accompany an initial outbreak.

For some people, the first outbreak is the only outbreak. Others will have recurrences, especially in the first year. These outbreaks are usually not as severe or as long-lasting as the first one. Some people find that they have repeat infections in moments when they are run-down or stressed out. Repeat infections usually stop on their own after about five years.

Though herpes can never be cured, antiviral drugs can help cut down on the frequency, severity, and length of outbreaks.

Herpes Can Be Serious

Outbreaks of herpes can be severe for some people, particularly people with suppressed immune systems due to HIV, AIDS, or other underlying health conditions. Moreover, outbreaks of herpes make becoming infected or infecting a partner with HIV far more likely because of the presence of open sores and blood.

Herpes can also be serious for pregnant women and newborns. Without treatment, active outbreaks can lead to miscarriage or premature birth and, if passed from mother to baby during delivery, it can lead to neonatal herpes, which is potentially deadly for the infant. Women who have a history of herpes should tell their health-care provider, who will continue to examine them for sores during their pregnancy. If any sores are found around the time of delivery, the provider will suggest a c-section to prevent the newborn’s exposure to the virus.

But It’s Not the Apocalypse

The good news is that, as mentioned earlier, for many people infected with herpes, nothing happens. The virus travels down the nerve endings and stays there, causing no damage. And the person may never know they have it.

Moreover, people who do have herpes outbreaks can live long and healthy lives and still have sex without passing the virus to their partners. Current research on HSV-2, for example, suggests that men with genital herpes who are not having an outbreak carry a 10 percent risk of transmitting the virus to their female partner if they have unprotected sex. That risk is cut in half to 5 percent if they use condoms during sex, and cut in half again if the man is taking antiviral medicine. Women have a slightly lower risk of passing it to their male partners—a 4 percent risk from unprotected sex, a 2 percent risk if they use condoms, and a 1 percent risk if they are also using medication. Though data for HSV-1 is not available, it is spread in the same fashion.

By avoiding some sexual contact during outbreaks, using condoms, and taking advantage of antiviral therapy if needed, we can do a lot to prevent the further spread of herpes.

At the same time, by understanding how easily transmissible the virus is and just how many people have it—and encouraging everyone to get testing and any treatment they need—we can do a lot to end the stigma and shame surrounding it.