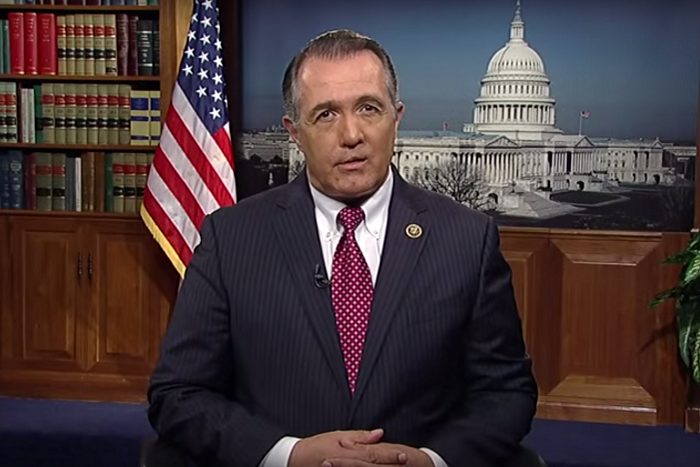 The U.S. House is expected to vote Friday, following a Thursday debate, on two anti-choice bills that are inspired by the deceptively edited videos released by the front group known as the Center for Medical Progress (CMP) attacking Planned Parenthood.

One bill, sponsored by Rep. Diane Black (R-TN), would defund Planned Parenthood for one year. That measure has been pitched as a “moratorium” on federal Planned Parenthood funding until Congress can complete its investigations into the organization.

The other bill, sponsored by Rep. Trent Franks (R-AZ), seems more obscure and less directly targeted at Planned Parenthood. It would add criminal penalties to the Born-Alive Infants Protection Act of 2002, which extends legal protection to infants born after a failed attempt at induced abortion, against any doctor who doesn’t properly care for, or who deliberately kills, a “child born alive” at any stage of development.

On a similar theme to the Franks bill, the House Energy and Commerce Committee will hold a hearing Thursday afternoon entitled “Protecting Infants: Ending Taxpayer Funding for Abortion Providers Who Violate the Law.”

That hearing will consider two bills, one sponsored by Rep. Renee Ellmers (R-NC) and the other by Rep. Marsha Blackburn (R-TN). Together, the bills say that any providers “whose actions a State suspects” to have caused either a “partial-birth” abortion or the death of a “born-alive” infant will be excluded from Medicaid, Medicare, and the Children’s Health Insurance Program (CHIP). The bills seem to allow stripping a medical provider of crucial public funding without any proof of a crime.

Yet to hear anti-choice activists and lawmakers speak, killing live infants is exactly what they think Planned Parenthood is doing, or at least the impression they would like to create about what it’s doing. It’s a claim anti-choice lawmakers have made before, despite a complete lack of evidence. And it’s an idea that some Republican lawmakers seem happy to run with in order to confuse several very different ideas in the public’s mind: infanticide, later abortion, abortion in general, and the services Planned Parenthood provides.

During last week’s House Judiciary Committee hearing on Planned Parenthood, Franks seamlessly transitioned from discussing the horrific crimes of rogue abortion provider Kermit Gosnell into arguments for an unconstitutional 20-week abortion ban, making sure to include Planned Parenthood along the way.

He asked why President Obama or some members of Congress hadn’t said anything about the “gut-wrenching atrocities of Kermit Gosnell or Planned Parenthood.”

He called abortion after 20 weeks of pregnancy (which occurs before a fetus is viable and is often medically necessary) the “worst human rights atrocity in the history of the United States.”

He accused Planned Parenthood of using “much more painful methods like partial-birth abortion.”

CMP claims that its handful of edited quotes about “intact” fetuses somehow prove that Planned Parenthood either violated the Partial-Birth Abortion Ban Act of 2003 or delivered live babies only to kill them. That’s not true, as Yale Law School’s Priscilla Smith explained to the Judiciary Committee.

CMP also suggests that Planned Parenthood delivers live babies during abortions using a first-person account, with no corroborating video or witnesses, from a former tissue procurement specialist who says she once saw a fetus’ heart beat after an abortion, but only when a technician stimulated it.

Based on this “evidence,” Franks and other Republicans are pushing legislation that seems designed to try to punish Planned Parenthood for fictitious crimes, no matter how many investigations turn up no evidence of wrongdoing. They are trying to convince the public that Planned Parenthood, a health provider for 2.7 million Americans every year, is no different from one of the worst criminals in the history of women’s health care.