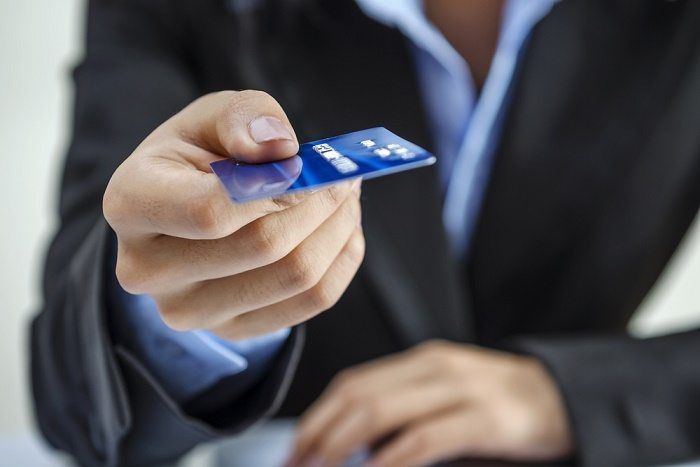 Rewire has identified at least three names that appear to have been used as pseudonyms by Center for Medical Progress operatives. One of these names appears to belong to a childhood acquaintance of the group’s apparent ringleader, David Daleiden. Shutterstock

When operatives from the Center for Medical Progress sat down for lunch with Planned Parenthood officials last February at the a/k/a Bistro in Pasadena, a city just outside of downtown Los Angeles, their hidden cameras caught over an hour of conversation between themselves and Dr. Mary Gatter, the medical director at Planned Parenthood Pasadena and San Gabriel Valley.

Parts of that conversation have since become notorious. Gatter’s comments about how Planned Parenthood clinics are reimbursed for facilitating donations of various parts of fetal tissue have been edited to give the false impression that she was bartering over body parts. Her self-deprecating joke about a Lamborghini has been twisted to make it sound like she was serious about buying a luxury car. (In context, it appears she was making the opposite point—that there was no profit to be made in any of these transactions.)

Based on a careful review of the tape, as well as documents provided by sources with direct knowledge of the sham company used by the activists—BioMax Procurement Services—Rewire has identified at least three names that appear to have been used as pseudonyms by these operatives. One of these names appears to belong to a childhood acquaintance of the group’s apparent ringleader, David Daleiden.

We can reveal that the full names used by three operatives were: Robert Daoud Sarkis, the alias used by Daleiden, according to multiple sources who met with him at events in California and other states; as well as Susan Tennenbaum and Brianna Allen, both of which appear to be aliases of as-yet unidentified operatives. Two of these names appear on business cards that were provided to attendees of private events that were infiltrated by Daleiden and his associates under false pretenses.

At some of the private events infiltrated by “Sarkis” and “Tennenbaum,” attendees were required to show photo identification, according to organizers who requested anonymity due to security concerns.

A third associate also attended these events. Calling herself Brianna Allen, this woman registered for the event on behalf of the company, according to multiple sources. She also furnished what appeared to be a bona fide photo identification. The photograph below shows the women who identified themselves as Susan Tennenbaum (left) and Brianna Allen (right).

News reports that BioMax operatives presented what appeared to be California driver’s licenses when they visited a Texas Planned Parenthood affiliate lend further weight to the claims of event organizers that Daleiden and his group did indeed present forged ID cards.

To be sure, it’s possible that Robert Daoud Sarkis, Brianna Allen, and Susan Tennenbaum are real people who are in fact associated with BioMax, despite BioMax now being known to have been a front company.

However, Rewire has been unable to locate any such individuals, and neither the Center for Medical Progress nor BioMax itself produced any individuals by those names with ties to BioMax.

Rewire called all phone numbers listed on the business cards. The office number for BioMax goes directly to voicemail. The cell number listed for Susan Tennenbaum is disconnected. A voicemail left on Sarkis’ cell phone was not returned by deadline. We also left messages for other people named Susan Tennenbaum throughout the United States, and all Brianna Allens in California, listed in databases of public records. Emails to the addresses provided on the business cards did not receive a reply. We were unable to locate a single listing for “Robert Daoud Sarkis” in databases of public records.

This new evidence obviously raises the question of whether any of this conduct is illegal.

Already, California Attorney General Kamala Harris has announced an investigation into the Center for Medical Progress. Her investigation seems to be geared toward whether the group violated any laws in connection with its registration with the state’s Registry of Charitable Trusts, but she also said her office would look at whether the group had committed “any violations of California law.”

According to a California criminal defense attorney, Michael Kraut, there is some reason to believe that Daleiden and his associates may have violated California and federal law on forgery, credit card fraud, and identity theft.

If Daleiden and his accomplices did in fact provide fake government ID cards, they could have violated California laws that prohibit forgery, fraud, and perjury, said Kraut whose firm, Kraut Law Group, represents defendants in Los Angeles and Orange counties.

It is illegal to forge the state government seal, as well as to obtain state driver’s licenses using false names, said Kraut, who worked as a deputy district attorney in Los Angeles and for the United States Attorney’s Office before starting his own practice. Both crimes can be charged as either a misdemeanor or a felony, depending on a range of circumstances. They are both easy for the prosecution to prove, added Kraut.

“A false seal is an easy prosecution because it either is or isn’t,” Kraut said. “And if they went to the DMV and got licenses under a false name, they’ve committed perjury. … That is very easy to prove, because one of the things they have to do in California is you have to fill out a document when you’re doing that, saying ‘I don’t have a license in any other name, and the name I’m using is my true and correct name.’ Each one would be a felonious statement.”

Prosecutors would have more difficulty charging Daleiden and his associates under California’s false impersonation statute if all they did was misrepresent themselves using fake names and fake business cards, Kraut said. Under California law, prosecutors must prove that a defendant deliberately used the identity of another and either directly benefited as a result or directly harmed that person in order to successfully convict on false impersonation charges.

In other words, if both Sarkis and Tennenbaum are fictional personas, then Daleiden and his operatives are unlikely to face charges of false impersonation.

However, another detail from the a/k/a Bistro video suggests Daleiden’s group may have gone beyond simply concocting identities, and might have co-opted the identity of a real person—one who shares the name of a California woman who went to the same elementary and high schools as the leader of this attack campaign.

Toward the end of the film, the woman who identifies herself as Susan can be seen removing a Bank of America card from her wallet, and using it to pay the bill.

Yet the name on the credit card is not Susan Tennenbaum, but rather, appears to be Brianna Allen.

BioMax’s alleged employees refer to “Brianna” in the three videos that have been released so far. Rewire emailed the address provided by the BioMax operative who called herself Brianna Allen but received no response. BioMax has not connected Rewire with any real person who will publicly identify herself as Brianna Allen.

However, Rewire has obtained evidence that suggests the group’s leader, Daleiden, does know a woman named Brianna Allen.

After seeing her name referenced in our earlier reporting, Brianna M. Allen of Davis, California, contacted Rewire to let us know that she had no ties to Daleiden’s organization and has not been in contact with him for 15 years.

Allen was the president of the student feminist club at Davis Senior High School at the same time that Daleiden was a student there, she said.

“Even in high school I knew he was adamantly against it [abortion]. He was very outspoken about being Catholic and more conservative. And we were very open about being liberal and pro-choice,” she told Rewire. “Last night I just thought, ‘Oh God, what if that’s why he chose my name?’ But I kind of wrote it off as, ‘No, that’s ridiculous.’”

If Daleiden’s group used Brianna M. Allen’s information to open a credit card account, they could have violated state or federal laws that prohibit credit card fraud, which carries a potential three-year prison sentence and would be easy to prove, Kraut said.

Allen stressed that she does not feel any ill will toward Daleiden personally, nor does she have definitive proof that Daleiden created a credit card in her name. Indeed, Brianna Allen is a fairly common name in the United States. Yet, Allen has been unable to access her credit reports online in the past few days, despite having been able to do so in the past.

Allen said her objection to Daleiden’s current campaign is not about her personal views on abortion rights.

“I definitely believe in a woman’s right to choose, but I understand it’s a very sensitive subject,” she said. “But I certainly don’t agree with him trying to expose lies by lying, and spying on people. It’s just wrong to me. The fact that he was basically just using media to heavily edit these videos for his own agenda, it’s just shady. I just don’t agree with it, personally.”

Planned Parenthood is also under investigation, with a congressional committee and at least eight states announcing inquiries to explore whether the nonprofit health-care network has engaged in the illegal practice of harvesting and profiting from the sale of fetal body parts, or any associated wrongdoing. Planned Parenthood has denied all allegations.

With more undercover videos expected for the remainder of the summer, pro-choice groups are bracing for additional fallout. However, as evidence of the Center for Medical Progress’ questionable tactics comes to light, it becomes more difficult to give their sensationalist claims much credence, Allen said.

“If he really felt this way, I think there are better ways to go about expressing your opinion than to basically scam people into saying whatever he wants them to say,” she said of Daleiden. “It’s just manipulative.”