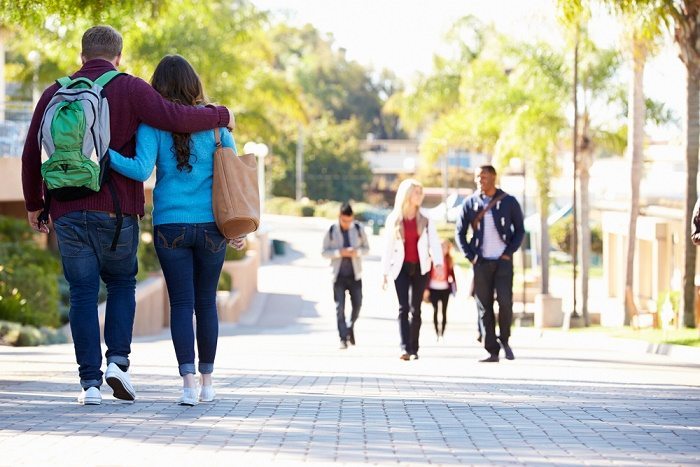 A new poll of gives insight into what college students consider consent. Most students seem to have heard of the affirmative consent—or “yes means yes”—standard, but it does not seem to be a common practice among them. In fact, the poll shows that college students are conflicted and possibly confused about what is, and isn’t, consent. Shutterstock

Most students seem to have heard of the affirmative consent—or “yes means yes”—standard, but it does not seem to be a common practice on campuses nationwide.

In fact, a new poll shows that college students are conflicted and possibly confused about what is and isn’t consent.

Poll respondents were given three scenarios and asked if they felt any of them constituted sexual assault. Ninety-six percent agreed that sexual activity involving a person who was incapacitated or passed out was indeed sexual assault. The answer seemed much less clear to respondents, however, in a scenario in which both people were under the influence of alcohol or drugs.

The Washington Post partnered with the Kaiser Family Foundation to survey 1,053 undergraduate and graduate students ages 17-to-26 who were at a four-year college in the United States since 2011 and lived on or near campus. The survey was conducted by phone between January and March of this year.

The students were asked whether certain behaviors by one person would constitute consent. The results were mixed.

The results were clearer for two of the sample behaviors—74 percent of respondents said engaging in foreplay such as kissing and touching did not constitute consent for sex and 77 percent said that not saying no was also not consent for sex.

The question on foreplay was the only one in which there seemed to be a big difference between the answers of men and women. When broken out by gender, 30 percent of men said foreplay constituted consent, compared with 15 percent of women.

As for affirmative consent—a standard adopted by some college campuses across the country—83 percent of students had heard of it and 69 percent felt it was very or at least somewhat realistic. About three in ten students thought it was the best standard for determining whether sexual activity was consensual while 42 percent preferred a “no means no” standard, and 23 percent thought there wasn’t rmuch difference.

“A lot of students are coming to campus without training or education about what healthy and unhealthy communication is …. We have more work to do on educating students on consent and healthy relationships,” she told USA Today. “There is still a lot of gray, which is where these issues get really complicated, but it doesn’t have to be this way.”