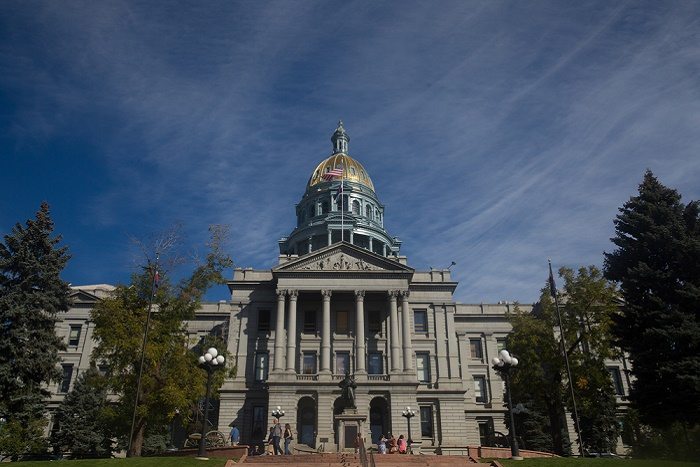 A senate committee killed a bill, in a 3-2 party-line vote, that would have provided $5 million to the Colorado Family Planning Initiative program. Shutterstock

Throughout the Colorado legislature’s session, which began in January and ends next week, pro-choice advocates have held out hope that Republicans in the state senate, where the GOP holds a 18-17 edge, would join Democrats to pass a bill funding a state-run program that reduced teen pregnancy in Colorado by 40 percent and teen abortions by 35 percent over five years.

Those hopes were finally dashed Wednesday. A senate committee killed a bill, in a 3-2 party-line vote, that would have provided $5 million to the Colorado Family Planning Initiative program. The program, which was previously funded by a private donor, offered free or reduced-cost intrauterine devices (IUDs) and other long-lasting contraceptives to teenagers.

Supporters of the bill had reason for optimism. A Republican from southern Colorado, Rep. Don Coram (R-Montrose), was a co-sponsor of the house version of the bill, which passed April 20. His vocal advocacy for the measure drew wide media attention.

“I can tell you, it’s truly been an honor for me to carry this legislation,” Coram said Wednesday, just hours before GOP lawmakers killed the bill in the senate. “What is a self-professed redneck Republican from rural Colorado doing on a bill like this?”

He answered his own question, saying, “If you are against abortion, as I am, I think this [program] is a great tool. And I don’t think it should be political. This is a matter of good policy.”

But most Republicans, including those in the state senate, thought otherwise about the policy.

At the first house hearing on the measure, Rep. Kathleen Conti (R-Littleton) asked, “Are we communicating anything in that message [of providing contraception] that says ‘you don’t have to worry, you’re covered’? Does that allow a lot of young ladies to go out there and look for love in all the wrong places, as the old song goes?”

Over the course of the legislative session, Republicans repeatedly slammed the legislation, saying erroneously that IUDs “stop a small child from implanting” and that teenagers can already get desired contraceptives under the federal Affordable Care Act.

At a news conference Wednesday, Adam Fox, a spokesperson for the Colorado Consumer Health Initiative, addressed the latter point, saying, “What you might not know is that health insurance companies can refuse to cover contraceptive methods, such as IUDs and implants, because they are more expensive than other forms of contraception. An IUD can cost as much or more than a month’s worth of rent. That means that low-income women cannot access the most effective forms of reversible contraception. The [long-acting reversible contraception (LARC)] program provides access to these services and helps women afford any form of contraception they think is most appropriate for them.”

Supporters of the bill tried to focus attention on how avoiding teen pregnancies benefits women as well as the state budget.

Standing behind green boxes symbolizing the “millions of dollars that can be shifted to new priorities because of the effects of the LARC program,” Corrine Rivera-Fowler, deputy director of the Colorado Organization for Latina Opportunity and Reproductive Rights, said, “[The Colorado Department of Public Health and Environment] estimates that the LARC program could save Colorado $49 million to $111 million in Medicaid dollars per year in birth-related costs.”

Supporters repeatedly pointed out that every dollar invested in low-cost contraception saves $5.85 in Medicaid costs.

These types of statistics, not to mention that fact that IUDs do not cause abortions, didn’t sway abortion opponents.

“Coloradans oppose the imposition of these kinds of mandates on us as individuals. There are religious reasons,” Michael Norton, a former GOP U.S. attorney for Colorado representing the anti-choice organization Colorado Family Action, told the Durango Herald Wednesday. “These contraceptives are abortifacients, that is they cause the demise of an implanted or fertilized human embryo.”

Without the $5 million from the legislature, the program could be reduced or completely eliminated—unless another funding source is identified.

The day before they killed the contraception program, Colorado Senate Republicans also introduced a bill requiring women to wait 24 hours before having an abortion.