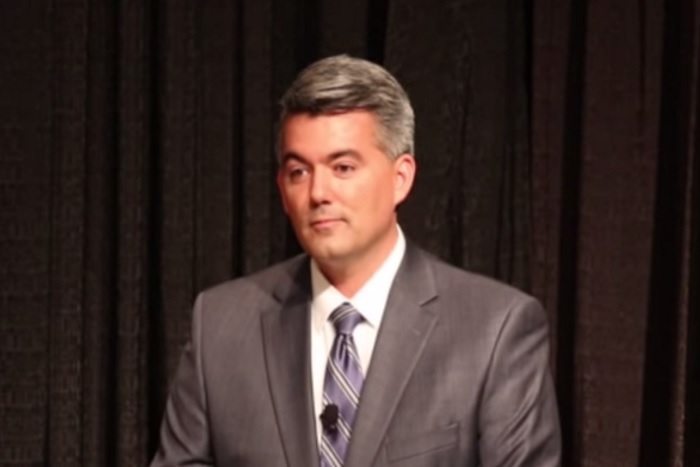 Colorado Republican senatorial candidate Cory Gardner has dropped support of state “personhood” amendments because he didn’t know they would have banned some forms of birth control. But an anti-choice group now says Gardner was briefed on the amendments and understood them. Youtube

When Colorado senatorial candidate Cory Gardner announced in March that he was withdrawing his name from state “personhood” amendments, he explained that he did not understand that the measure would ban common forms of birth control.

“The fact that it restricts contraception, it was not the right position,” Gardner told Denver Post reporter Lynn Bartels in March. “I don’t get everything right the first time.”

Now, in an October blog post, Colorado Right to Life, a statewide anti-choice organization, blogged that Gardner was briefed about the “personhood” amendment’s aim to ban forms for birth control that, according to the group, threaten or destroy fertilized eggs or zygotes.

“Cory Gardner has attended briefings on Personhood by Colorado Right to Life where this was discussed — Cory should KNOW better!” the blog post read. “But since he knew it was a false statement, and he made it anyway, we can only conclude he has made a cynical choice to give up on principles so he would be more attractive to moderate voters.”

Colorado Right to Life did not return phone and email messages seeking details on the content of Gardner’s briefings about the impacts of the personhood amendments and how many meetings took place.

Throughout his political career, Gardner has been a strong supporter of personhood measures, and personhood-backing groups have helped propel him to power.

Kristi Brown, who spearheaded Colorado’s first personhood campaign in 2008, once said Gardner was one of the “main supporters” of the campaign and that Gardner was “very supportive” and would “come to events for us.”

Spokespeople from Personhood USA openly criticized Gardner after he withdrew his support for Colorado personhood amendments this year.

“Cory Gardner is a big disappointment, since he was firmly on our side, and now he’s throwing that away for greater political aspirations,” spokesperson Jennifer Mason told the Wall Street Journal in July.

“As you probably heard, Cory Gardner announced publicly that he no longer supports Personhood,” Colorado Right to Life stated in its blog post last week. “He apologized for ever supporting it. He said he was well meaning, but it was a mistake.”

The organization went on to criticize Gardner for backing off his staunch opposition to abortion in the cases of rape and incest and for proposing over-the-counter sales of contraception.

“What kinds of birth control?” the Colorado Right to Life blog post asks. “All kinds, apparently – [Gardner] has done this to counter the ‘opposes-birth-control’ ads of the Democrats, which were based on his support of Personhood, and yet the only kinds of birth control Personhood could affect are abortifacients which can kill an already-conceived child. So CRTL can only assume Cory Gardner wants to provide abortifacients (falsely called ‘emergency contraceptives’) over the counter so women can have their abortions at home.”

The post states that Gardner promised to meet with Colorado Right to Life but that the “meeting never occurred.”

The Gardner campaign did not return an email seeking comment.

Gardner’s race with Sen. Mark Udall is widely viewed as a tossup, and if Gardner wins, Democrats could lose control of the U.S. Senate.

During the campaign, Udall has repeatedly attacked Gardner for his positions on abortion and contraception. Over the weekend, the Denver Post endorsed Gardner, calling Udall’s focus on women’s health issues an “obnoxious one-issue campaign.”