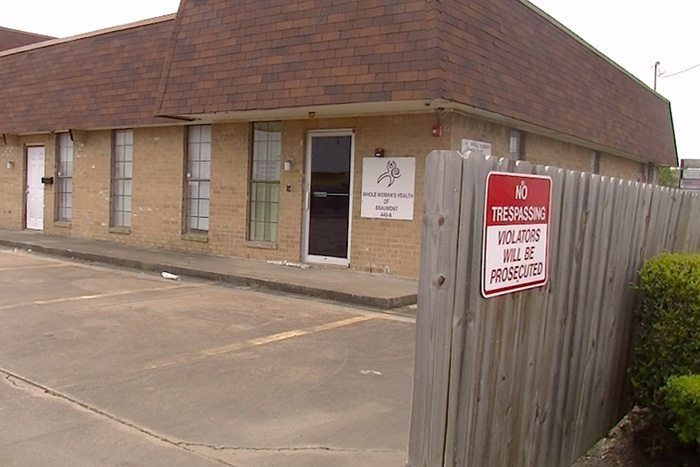 Overnight, the number of abortion facilities in Texas—already dwindling—will be reduced to eight as of Friday morning.

Thursday evening, a three-judge panel on the Fifth Circuit Court of Appeals in New Orleans ruled that the State of Texas can begin enforcing parts of its omnibus anti-abortion law, blocking an injunction against HB 2 that had been granted in late September by a federal district judge in Austin.

All Texas abortion facilities—with a minor exception for an El Paso clinic that will remain shuttered nonetheless—will now be forced to operate as ambulatory surgical centers, and across the state, doctors who provide abortion must have admitting privileges at hospitals within 30 miles of where they perform procedures. A district court had previously ruled that HB 2 was unconstitutional as it applied to abortion facilities in the Rio Grande Valley and El Paso.

The panel, comprised of two Republican appointees and one Democrat appointee, ruled that because the State of Texas was likely to succeed on the merits of the case in further challenges to the law, it would grant the Texas attorney general’s office’s appeal to the district court injunction granted previously.

“Today the Fifth Circuit Court of Appeals ruled on the side of politics, NOT women’s health,” said Amy Hagstrom Miller, the CEO of Whole Woman’s Health, a group of abortion providers that, previous to the passage of HB 2, operated five abortion facilities in the state. In a statement released Thursday evening, she continued: “And what we have been fearing is now official: Texas faces a health care crisis, brought on by its own legislators.”

Texas’ eight remaining abortion clinics will exist in San Antonio, Dallas, Fort Worth, Austin, and Houston. According to findings from the Texas Policy Evaluation Project at the University of Texas, today’s ruling will mean that more than one million potential abortion-seeking Texans will live greater than 150 miles from a legal abortion facility.

“Women should be able to make these deeply personal decisions without the intrusion of politicians like Greg Abbott, who supports making abortion illegal even in cases of rape and incest,” she said.

Abbott is Davis’ Republican opponent for the governor’s seat, and his office has defended challenges to HB 2 in court since the law was passed last summer, when thousands of orange-clad Texans descended on the state capitol building to oppose the law.

“This decision is a vindication of the careful deliberation by the Texas Legislature to craft a law to protect the health and safety of Texas women,” said Abbott.

Both state and national mainstream medical organizations opposed HB 2, including the American Congress of Obstetricians and Gynecologists, which issued an open letter to Texas lawmakers last year saying that Texas’ anti-abortion legislation “will not help protect the health of any woman in Texas. Instead, these bills will harm women’s health in very clear ways.”