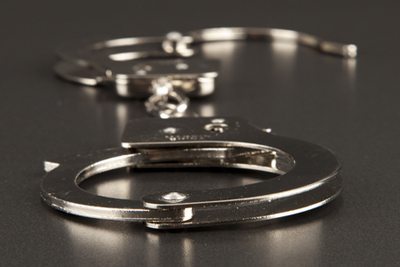 A Montana woman who is 12 weeks pregnant is being charged with criminal endangerment of a child after failing a drug test. Handcuffs via Shutterstock

A Montana woman who is 12 weeks pregnant is being criminally charged after failing a drug test.

The woman is being charged with criminal endangerment of a child, a felony in Montana.

The charges brought against Allen are the result of so-called fetal harm laws, which are on the books in at least 38 states. The laws, written to increase the penalties for harming a woman who is pregnant, often don’t include exceptions for the pregnant woman themselves. Instead they will make the fetus a separate and distinct victim, so that a mugger for example could be charged with assaulting the woman and additionally assaulting her fetus.

Consequently, such laws leave open the possibility of arresting and charging pregnant women who engage in behavior deemed risky to them or a fetus’ health.

Prosecutors are increasingly turning to other criminal statutes like child endangerment laws to argue, like in this case, that they should be applied to a pregnant drug user.

“The reality for some of these women,” Ravalli County deputy attorney Thorin Geist told the Ravalli Republic, “is the need for drugs is stronger than any maternal instinct they have.”

Bail was set at $100,000 for Allen, who was arrested and put in jail last week. Unclear still is whether she is planning to carry the pregnancy to term, or whether she plans on getting an abortion, which is legal at 12 weeks under Roe v. Wade.

The criminalization of pregnant women who are also addicted to drugs is hardly a new phenomenon. The idea of the “crack baby” created fears that certain women—mostly those of color and those who are low-income—were unfit to be mothers. In many states, anti-choice advocates have used the “crack baby” logic, which is not based on medical evidence, to advance bills that give rights to fetuses while punishing pregnant women.

In July, a woman was arrested and charged with assault in Tennessee after her newborn tested positive for drugs under a first-of-its-kind law that expressly prohibits drug use during pregnancy.

With analysis by Jessica Mason Pieklo.