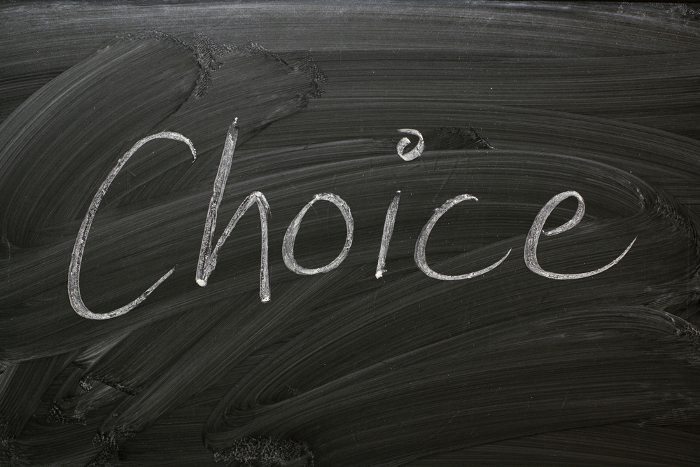 Women of color created the reproductive justice framework to move us beyond the traditional pro-choice narrative. Shutterstock

Whether stemming from oversight or from deliberate exclusion, the New York Times story, “Advocates Shun ‘Pro-Choice’ to Expand Message,” and the Huffington Post essay, “We’re Fighting for Access, Not Choice,” suggests very clearly that Planned Parenthood did not inform the reporters of the long-term work of scores of reproductive justice organizations, activists, and researchers that have challenged the “pro-choice” label for 20 years. Many of us received feedback from the New York Times reporter, Jackie Calmes, confirming that this history was not presented to her by the mainstream reproductive rights organizations with which she spoke. This is not only disheartening but, intentionally or not, continues the co-optation and erasure of the tremendously hard work done by Indigenous women and women of color (WOC) for decades.

Indigenous women and women of color have a very rich history of understanding intersectionality well before it became a framework. In 1994, a room full of women of color worked on naming the specific injustices we all face on a daily basis, focusing specifically on creating a framework that would move us beyond the traditional pro-choice narrative and into the reality of our lived experiences as a rich, nuanced, and intersectional community. As a movement, we honor the Black women who named this groundbreaking shift as reproductive justice (RJ), especially as we at SisterSong prepare to celebrate the 20th anniversary this fall.

Although the coining of RJ did not explicitly name every injustice experienced by every oppressed group, we believe it was a catalyst that opened up the discussion of the intersection of justice and health that is experienced by a myriad of communities—the trans* community, undocumented youth, persons with disabilities, those who are incarcerated, sex workers, and those who are living with HIV, to name a few. We are seeing a sense of unity grow from the relationships built based on the shared experience of these communities. This growth simply would not have been possible under the pro-choice framing.

Over the past 20 years, RJ activists have changed the trajectory of the pro-choice movement and helped to inform and expand the analysis of reproductive issues in ways that are more inclusive of the lived experience of all marginalized communities that contribute significantly to major organizing and political victories.

Here are just a few examples of the successes of the RJ movement as well as some examples where RJ organizations have taken a leadership role in promoting reproductive health and rights in our communities:

March for Women’s Lives: In 2004, the leadership of reproductive justice organizations  (including the Black Women’s Health Imperative and the National Latina Institute for Reproductive Health) was the catalyst behind renaming the “March for Choice” as the “March for Women’s Lives” to better reflect the intersectionality of the lived experiences of all women. Because of this change, and the naming of Loretta Ross as a co-director of the march, WOC from across the nation participated and made this the largest march for women in the history of the United States.

Polling of Latino Community on Reproductive Health: Opinion research led by the National Latina Institute for Reproductive Health and the Reproductive Health Technologies Project, started in 2006 and continued into 2011, providing groundbreaking research on public opinion on abortion and how to talk about the issue with a range of communities. The research, which oversampled Black, Latino, and younger respondents, informed major shifts in the field, successful state and federal advocacy, and the Planned Parenthood Federation of America (PPFA)’s own research, messaging, and outreach. This work included the largest-ever, comprehensive bilingual poll of Latino attitudes on abortion.

Race and Sex Selective Abortion Bans: The National Asian Pacific American Women’s Forum has been on the front lines of the race and sex selective abortion ban debate since 2009 and continues to provide in-depth and critical analysis on the impact of these bills on women of color and their potential to divide progressive movements and further chip away at Roe vs. Wade.

“Personhood” in Colorado: The Colorado Organization for Latina Opportunity and Reproductive Rights (COLOR) has helped to lead several successful efforts to defeat “personhood” amendments in Colorado. In fact, this year’s “No 67” campaign marks the fourth time that a Personhood USA-backed amendment and the third time that similar initiative will make an appearance on a Colorado ballot. COLOR has been heavily involved at the coalition level to ensure the Latino community is considered and at the forefront of messaging and field decisions. COLOR’s work has been directed at the coalition and community level on educating, advocating, and organizing communities to recognize the dangers of this type of legislation and vote against “personhood.” COLOR has engaged in an outreach strategy that includes running a cafecito series, organizing phone banks and door-to-door outreach, and serving as spokespeople at rallies and for English- and Spanish-language media.

Racist Billboard Abortion Campaigns: In early 2010, billboards stating “Black Children Are an Endangered Species” and “The Most Dangerous Place for a Black/Latino Child is in the Mother’s Womb” were erected in Georgia, Illinois, Missouri, Florida, Texas, California, Tennessee, and many other states attacking the dignity of Black women and Latinas who have abortions. RJ organizations led efforts nationally to raise awareness of these attacks and successfully removed these billboards from our communities, thus laying a solid foundation to counter future attacks. SisterSong also organized Black women from many different organizations, regions, and religious backgrounds to form the Trust Black Women Partnership to combat future attacks and also released the policy report Race, Gender and Abortion: How Reproductive Justice Activists Won in Georgia, which detailed how women of color and our allies defeated legislation that sought to expand abortion restrictions by linking race, gender, and abortion.

Louisiana’s “Crime Against Nature” Law (CANL): In March of 2012, Women With A Vision led a statewide effort that resulted in Louisiana’s CANL to be declared unconstitutional. This victory made it possible for hundreds of individuals who were over-criminalized due to race, sexual orientation, or their gender to have “crime against nature” by solicitation (CANS) convictions removed from their records. However, because of its bold work, Women With A Vision’s office, where they provide much-needed services, was firebombed after this victory.

Early Access to Abortion: In 2013, Black Women for Wellness and California Latinas for Reproductive Justice leadership, as part of a California statewide coalition, helped pass AB 154, one of the most far-reaching and progressive pieces of abortion rights legislation in the country. The groundbreaking research done by Black Women for Wellness, the Black Women’s Health Imperative, New Voices Pittsburgh, SisterSong, and SPARK Reproductive Justice NOW, in partnership with the Communications Consortium Media Center, on “African-American attitudes on abortion, contraception and teen sexual health,” provided valuable data to help persuade Black legislators and associations to support the legislation.

Albuquerque 20-Week Abortion Ban: Young Women United and Strong Families New Mexico were crucial in helping to defeat the Albuquerque ballot measure seeking to ban abortions after 20 weeks. This victory was a strong statement about the impact that WOC leadership has on abortion debates: shifting away from pro-choice language and creating messages that come from deeply held community values is a winning strategy. The victory also sent a strong message to anti-abortion groups who sought to use Albuquerque as a test site for future initiatives across the country.

Responding to Environmental Violence: The Native Youth Sexual Health Network has been instrumental in continuing to respond to the impacts of extractive industries including oil, gas, and mining on the sexual and reproductive health of Indigenous women, youth, and their communities. The network’s media arts justice campaigns, including “Connected to Body, Connected to Land” and “Our Bodies Are Not Terra Nullius,” have sparked a number of community-based initiatives to make the connections between violence on the land and violence on our bodies.

Medicaid Expansion for LGBTQ Communities: SPARK Reproductive Justice NOW released four fact sheets including expert legal analysis provided by the National Center for Lesbian Rights that outline the benefits of the Affordable Care Act and the impact of Medicaid expansion in Georgia for Black women and the Black LGBTQ community, as well as an infographic that looks at the impact of Medicaid expansion on the entire Black community in Georgia. Also, the Sylvia Rivera Law Project (along with the Legal Aid Society and Willkie Farr & Gallagher LLP) recently filed a federal class action lawsuit against the New York State Department of Health on behalf of two trans* women who were denied medically necessary health-care coverage. In both states, organizations led by people of color are working against discriminatory and transphobic Medicaid exclusion within marginalized communities.

In fact, in 2011, when Planned Parenthood and other allies were given the opportunity to understand and work on the intersectionality of issues in Mississippi while working in partnership with SisterSong, the organization failed to step forward. The fight to defeat both the “personhood” and the voter identification amendment reflected a clear attack on the rights of Black women in the state. Yet, when urged to see the connection between reproductive health rights and voting rights, PPFA rejected the notion. As a result, “personhood” was defeated and the voter ID initiative passed, leaving Mississippi more vulnerable to new “personhood,” anti-abortion, and other discriminatory and counterproductive laws in the future.

As a result, we offered in-depth critique of Planned Parenthood’s single-issue organizing strategies, including Loretta Ross’ article, “Defeating Personhood: A Critical But Incomplete Victory for Reproductive Justice,” where she outlines a missed opportunity for PPFA.

We very much appreciate and recognize the health care Planned Parenthood provides, the struggle to keep those services funded, the danger staff face every day, and the many political attacks on its affiliates. However, RJ activists and organizations face grave challenges as well.

Marginalized communities know all too well how challenging it is to live in a world where we can be violated, killed, or criminalized just for the color of our skin, our gender identity, or who we love. We also know how difficult it is to provide the programs and services to our respective communities when we are all struggling for the same limited resources.

We believe that all of us will continue to face these grave challenges unless a strong and genuinely representative movement exists to demand and win reproductive justice for all people in the United States and abroad. And as we have seen, communities of color have consistently been a strong voting bloc for progressive issues.

As such, in the interest of helping PPFA to better understand the way the RJ framework has shaped the current landscape, to strengthen the relationships between the RJ movement and PPFA, and to work together to continue and build upon electoral and legislative successes, we request the following:

We look forward to building a strong partnership in the future, so that we can collectively work toward ensuring reproductive justice for all.

Endorsed by the following organizations and individuals:

This letter was a collective endeavor and edited by various activists, scholars, and lawyers.