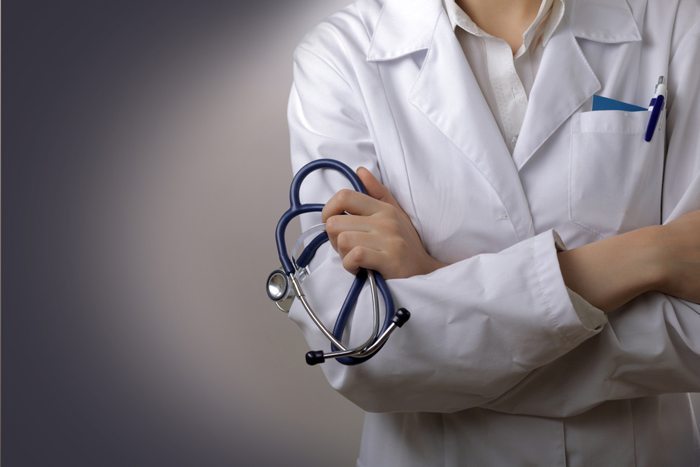 The exercise of conscientious objection is a violation of medical ethics because it allows health-care professionals to abuse their position of trust and authority by imposing their personal beliefs on patients. Doctor via Shutterstock

Do health-care professionals have the right to refuse to provide abortions or contraception based on their “conscientious objection” to these services? Many pro-choice activists would retort, “No way! If you can’t do your job, quit and find another career!” We agree with them, and have detailed why in our new paper, “‘Dishonourable Disobedience’: Why Refusal to Treat In Reproductive Healthcare Is Not Conscientious Objection.”

Reproductive health care is the only field in medicine where freedom of conscience is accepted as an argument to limit a patient‘s right to a legal medical treatment. It is the only example where the otherwise accepted standard of evidence-based medicine is overruled by faith-based actions. We argue in our paper that the exercise of conscientious objection (CO) is a violation of medical ethics because it allows health-care professionals to abuse their position of trust and authority by imposing their personal beliefs on patients. Physicians have a monopoly on the practice of medicine, with patients completely reliant on them for essential health care. Moreover, doctors have chosen a profession that fulfills a public trust, making them duty-bound to provide care without discrimination. This makes CO an arrogant paternalism, with doctors exerting power over their dependent patients—a throwback to the obsolete era of “doctor knows best.”

Denial of care inevitably creates at least some degree of harm to patients, ranging from inconvenience, humiliation, and psychological stress to delays in care, unwanted pregnancy, increased medical risks, and death. Since reproductive health care is largely delivered to women, CO rises to the level of discrimination, undermining women’s self-determination and liberty. CO against providing abortions, in particular, is based on a denial of the overwhelming evidence and historical experience that have proven the harms of legal and other restrictions, a rejection of the human rights ethic that justifies the provision of safe and legal abortion to women, and a refusal to respect democratically decided laws. Allowing CO for abortion also ignores the global realities of poor access to services, pervasive stigma, and restrictive laws. It just restricts access even further, adding to the already serious abrogation of patients’ rights.

CO in reproductive health care should be dealt with like any other negligent failure to perform one’s professional duty: through enforcement and disciplinary measures, including possible dismissal or loss of license, as well as liability for costs and any negative consequences to victims. Because abortion and contraception are integral elements of women’s reproductive health care, those who would refuse to provide those services because of a personal or religious objection should not be allowed to enter disciplines that deliver that care, including family medicine and the obstetrics-gynecology specialty.

Unfortunately, a global consensus seems to have emerged among (pro-choice) medical professionals that clinicians do indeed have a right to deny reproductive health care that they personally disagree with. A recent example of this consensus was a special supplement called “Conscientious Objection to the Provision of Reproductive Healthcare,” published by the International Journal of Gynecology and Obstetrics (IJGO) in December. The supplement contains five pieces on the topic: an editorial, three short articles, and a long white paper by three physicians from Global Doctors for Choice. The latter paper does a very good job of presenting all the various laws, regulations, and policies on CO around the world, revealing a huge variation in requirements and standards and almost no enforcement against the abuse of CO.

However, all the articles (posted in full here) suffer from a glaring contradiction. Each simply assumes without question that health-care providers have the right to CO, yet each devotes considerable space to documenting the systemic harms caused by the exercise of CO. None of the articles can cite a single benefit of CO in health care, other than respecting clinicians’ “right” of conscience. One paper does give an example of legitimate CO: refusing to participate “in the process of interrogation of suspects, which may include procedures reaching the limits of torture.” But refusing to subject people to torture is completely different than refusing to deliver legal, essential, common medical care that all women expect and are entitled to.

Likewise, CO in reproductive health care has nothing in common with CO in the military. The basic premise of conscientious objection is to refrain from doing harm or violence against others, but this is turned upside down in reproductive health care. Abortion and contraception preserve the health and lives of women, while doctors practicing CO put women’s health and lives at risk. CO in reproductive health care is actually a reflection of stigma against abortion and women’s autonomy, not CO in the true sense of that term. It is an attempt to claw back the legality of abortion and return women to their traditional roles of wife and mother, producing soldiers and citizens for the state. We also see it as a form of revenge by organized religion for its loss of power in a world dominated by democracy, self-determination, and evidence-based science and medicine.

To be fair, the journal authors’ unquestioned acceptance of CO appears to be based on the position of higher authorities, specifically the United Nations and the World Health Organization, as well as FIGO, the International Federation of Gynecology and Obstetrics (which publishes the journal that produced the supplement on CO). Generally speaking, the current consensus of World Health Organization, FIGO, and other health bodies grants the refusal to treat under the excuse of CO for health-care professionals, but only if the objector refers the patient appropriately to a clinician who can provide the service. Further, objectors must dispense accurate information on all available treatment options, and provide emergency care regardless of their personal beliefs.

As our article documents, the obligation to refer is systematically ignored or abused. Many, if not most, anti-choice doctors cannot be trusted to refer because they feel this still makes them “complicit.” Also, their idea of “accurate” information on abortion or contraception may bear little relation to the actual evidence and too often strays into ideology and moral judgment. In terms of emergency care, some anti-choice doctors will let women die rather than do an abortion, regardless of the law or any CO requirements, as has occurred in Poland, Ireland, and elsewhere. Since doctors will express different opinions about a particular woman’s risk of death anyway, it’s easy for doctors to refuse treatment and deny culpability if something goes wrong.

Expecting doctors to make the required compromises in their exercise of CO rests on the misconception that they will be rational. But we can’t trust people to set aside deeply held beliefs that have already been deemed strong enough to invoke CO. As soon as we allow any degree of CO, we’ve made medical care contingent on the provider’s personal or religious beliefs, instead of the patient’s right to health care. Further expansions of CO cannot even be opposed with evidence-based arguments since we’ve already ceded the ground to religious doctrine.

To a large extent, the journal articles represent an attempt to define criteria to regulate the exercise of CO, in accordance with WHO and UN guidelines. The UN Special Rapporteur on the Right to Health has recommended that states should “ensure that conscientious objection exemptions are well-defined in scope and well-regulated in use and that referrals and alternative services are available in cases where the objection is raised.” The white paper by Global Doctors for Choice contains several policy recommendations toward that end, such as standardizing a definition of CO, developing eligibility criteria for objectors, registering objectors, and defining objector obligations to refer, give accurate information, and provide emergency treatment.

But why should health bodies like FIGO or WHO waste their time and resources helping health-care providers shirk their duties and deny legitimate care to patients? Why should entire health systems be burdened by having to recruit additional non-objecting providers, ensure alternate providers are always available, develop eligibility criteria for CO, register objectors, and train them on CO limits and obligations?

The fundamental contradiction of CO is revealed in the attempts to limit it. FIGO’s directive is a typical example: “Assure that a physician’s right to preserve his/her own moral or religious values does not result in the imposition of those personal values on women.” But when physicians are permitted the “right” to preserve their own values, they automatically impose those values onto women and deny them necessary care.

Likewise, the tolerance of CO by Global Doctors for Choice contradicts their own policy statement, which says:

Doctors offer scientific authority. They’re devoted to their patients’ best interests and they have a first-hand familiarity with the devastating consequences that can result from lack of care. … Global Doctors for Choice believes that physicians’ commitment to the scientific process and to the best interests of their patients compels them to advocate on behalf of universal access to comprehensive, evidence-based reproductive health care.

But if you allow CO, health care is no longer comprehensive, it’s no longer based on science and evidence, it’s no longer in the patient’s best interests, and doctors are no longer committed to any of the above. The lack of care can harm or even kill women, which should qualify as “devastating consequences.” So why is Global Doctors for Choice helping to regulate a practice that fundamentally violates everything they supposedly stand for?

We recognize that the attempt to “balance” a physician’s right to CO with a patient’s right to treatment is well-intentioned, and is a response to the global reality of widespread CO. But let’s not be fooled by the fraudulent promotion of the term “conscientious objection” by religious and anti-choice groups to deny women’s right to health and life. CO in reproductive health care is not true CO at all, but dishonorable disobedience. It should be dealt with accordingly.