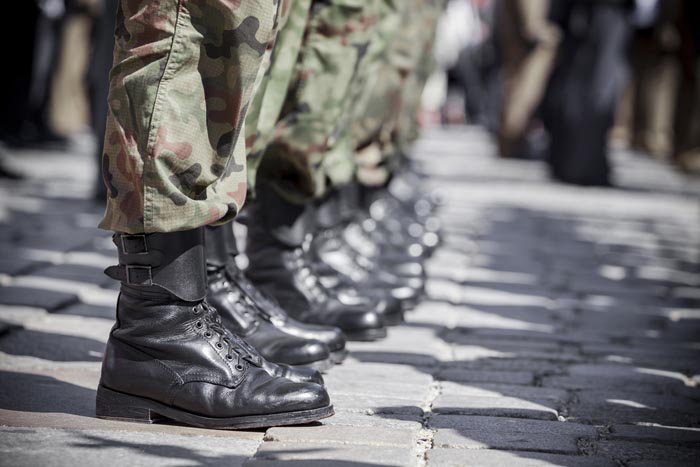 Two veterans advocacy groups filed a lawsuit this week alleging that the U.S. Department of Veterans Affairs is making it harder for military sexual assault survivors to claim disability for PTSD than other veterans. Military via Shutterstock

Two veterans advocacy groups filed a lawsuit this week alleging that the U.S. Department of Veterans Affairs is discriminating against survivors of military sexual assault when it decides whether to grant disability claims.

Representatives from SWAN (Service Women’s Action Network) and VVA (Vietnam Veterans of America) told reporters that although the exact reasons are unclear, the VA places greater procedural hurdles in front of sexual assault survivors suffering from post-traumatic stress disorder (PTSD) than it does for other veterans claiming disability for PTSD.

The groups allege that disability claims related to military sexual trauma (MST) were approved at a 16 to 30 percent lower rate than other PTSD claims. Moreover, they say, the VA is discriminating based on gender against both men and women—women because they experience sexual assault at higher rates than men, and men because their MST-related claims are approved at lower rates than those of women. In 2011, for instance, the VA granted nearly 49 percent of PTSD claims from female survivors, but only 37 percent of claims from male survivors.

Daniella Rohr, a Yale law student with the Veterans Legal Services Clinic, which is representing SWAN and VVA, said that the organizations “had no choice” but to file suit after the VA ignored a formal rule-making petition filed in June of 2013.

Moreover, Rohr said, the VA makes it harder to prove sexual assault claims than it does other traumas. Being granted a disability claim for PTSD requires proving that the condition was a result of the veteran’s military service, which is a difficult task.

“Recognizing how hard this is to prove, the VA has eased the evidentiary requirements for veterans with a number of different diseases and disabilities, including other forms of PTSD,” Rohr said. “But the VA has failed to do the same for MST survivors, even though their service connection is harder to prove.”

For instance, while a combat veteran can simply submit a statement that he is suffering from PTSD due to combat, an MST survivor must add further evidence, such as court documents, on top of that.

One sexual assault survivor, who wished to remain anonymous, said she was raped by a colleague, then sexually harassed by her counselor, and then raped again two years later by a different serviceman. She said that when her disability claim for PTSD was rejected, “even though they found my statements to be ‘compelling and believable,’ they said my own testimony and corroborating statements from my family was not enough to prove that I was raped.” Furthermore, she said, the VA claimed she did not have PTSD even though she was undergoing treatment for PTSD at the VA.

“VA’s failure to respond means MST claims will continue to be disproportionately denied, or delayed, jeopardizing the health and welfare of so many military families,” said Service Women’s Action Network policy director and former Marine Greg Jacob. “They can’t afford to wait any longer.”