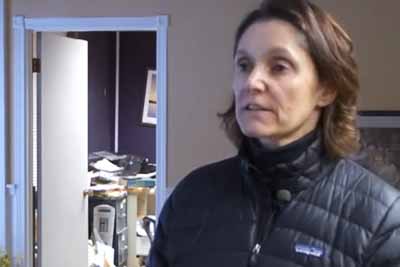 By now, many in the abortion rights community have heard about the horrific vandalism that recently took place at All Families Healthcare in Kalispell, Montana, the family medicine practice of Susan Cahill, a physician assistant (PA). Cahill includes abortions as one of numerous services offered to her patients and this clearly was the reason for the attack. As reported at Rewire and elsewhere, Cahill’s clinic was completely destroyed and remains closed as of this writing. Less well known, however, is Cahill’s important role, more than 20 years ago, in a consequential event in U.S. abortion care history—an event that continues to resonate today.

In the late 1980s, staff at the National Abortion Federation (NAF) began to hear increasing concerns from member clinics about their difficulties in finding doctors to work at their facilities. (The number of abortion providers peaked in the United States in 1982.) Terms like the “graying of abortion providers”—referring to the cohort of committed abortion doctors who had witnessed the pre-Roe era and were nearing retirement age—and “provider shortage” entered the lexicon of the abortion rights community. In response, NAF, along with the American Congress of Obstetricians and Gynecologists (ACOG), organized a symposium called “Who Will Provide Abortions?” which took place in October 1990 in Santa Barbara, California. The symposium, dominated by physicians both associated with NAF and other, more mainstream medical groups, resulted in a number of important initiatives, including the founding of a postgraduate fellowship program in abortion and family planning and the establishment of requirements for abortion training in OB-GYN residencies.

One of the most significant events that occurred at that symposium was the participation of Susan Cahill from Montana and Rachel Atkins, also a PA, from Vermont. The peculiarities of laws in their respective states permitted abortion provision by PAs, and both these women had amassed an impressive safety record by 1990. Cahill, who had been trained in abortion care in her PA program right after Roe, had worked since 1976 with James Armstrong, a family physician in private practice in Kalispell, while Atkins worked at the Vermont Women’s Center, a (now closed) facility that provided a full spectrum of reproductive health services. Both women presented at the symposium, which this writer attended, and made an enormous impression on the attendees. In a highly unusual move for that time, given normal medical politics and hierarchies, the published report of the symposium stated that “appropriately trained midlevel clinicians … offer considerable promise for expanding the pool of abortion providers” and recommended training for certified nurse midwives, nurse practitioners, and physician assistants. (The term “midlevel clinicians,” which was in use then to refer to these three groups, has been largely replaced by “advanced practice clinicians” [APCs].)

The argument for the entrance of these health-care providers into abortion care received a further boost at a second symposium organized by NAF in Atlanta in 1996, which was focused specifically on APCs as abortion providers, and where Atkins and Cahill played a leading role. Since those two meetings, a number of medical organizations—including ACOG, the American Public Health Association, the American Academy of Physician Assistants, the American College of Nurse Midwives, and the National Association of Nurse Practitioners in Women’s Health—have issued statements in support of abortion training and provision by APCs.

Susan Cahill, along with her colleague and friend Rachel Atkins, was a pioneer in bringing APCs into abortion care, and thus in expanding access to the procedure in underserved areas. Currently, according to NAF, APCs are providing medication abortion in 15 states and aspiration abortion in six. Indeed, one of the few current bright spots in the beleaguered abortion providing world, at this time of unending states restrictions—the recent passage in California of legislation allowing APCs to provide aspiration abortion (they already were permitted to perform medication abortion)—can be seen as a legacy of the revolution that Cahill, Atkins, and their allies started some 20 years ago.

Cahill has now provided abortions—both medication and aspiration—in Montana for nearly 40 years, continuing on her own after James Armstrong retired. Anti-choice politicians in her state have made concerted efforts to stop her abortion practice, at one point passing a law specifically targeting her. The Montana Supreme Court eventually upheld her right to provide abortions.

The recent destruction of Cahill’s clinic was not her first encounter with domestic terrorism. In 1994, the office she shared with Armstrong was firebombed (and eventually rebuilt).

The model of care Cahill has offered all these years—the integration of abortion with primary care—is exactly the vision many have had of how to respond to the reproductive health needs of women in rural communities. Abortions, she told me, represent about 10 percent of her practice. As Cahill wrote in an opinion piece in her local paper after the vandalism:

I have performed health care services for 38 years. I have patients who have been coming to me for that long. I have seen their parents and their children. I provide first trimester abortions AS PART OF THAT SERVICE because I know that the same women who at one time in their life want and are joyful about being pregnant, may, at another, find themselves unable to bring a child into the world. That crisis used to cause them their lives. The truth is that abortions are very simple and safe procedures that most medical professionals, especially those who are trained in women’s medicine, can and should do.

The destruction of Cahill’s facility not only imposes further hardships on women in the region, who now must make a trip of several hours to access safe abortion care—the vandalism also deprives, at least for the time being, the three generations of locals for whom she has been providing primary care. These patients, men and women, are also casualties of the abortion wars. As Cahill wrote to me, speaking of anti-choice terrorism, “When will this ever stop?”