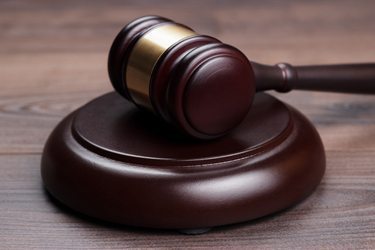 The settlement will keep open the state's only abortion clinic but won't prevent future challenges to the law. Gavel via Shutterstock

Attorneys representing the Red River Women’s Clinic in Fargo, North Dakota, have reached a settlement with the state in a lawsuit over a law that requires doctors who perform abortions to have hospital admitting privileges.

Signed into law in March 2013, SB 2305 requires all physicians performing abortions in the state to have admitting privileges at a hospital within 30 miles or face criminal prosecution and penalties, including up to a year in prison and a $3,000 fine. The Center for Reproductive Rights (CRR) filed a lawsuit in May to challenge the law. In July, Judge Wickham Corwin temporarily blocked the admitting privileges law. A trial on the law was scheduled to begin this February, but the trial was postponed so the parties could work out a potential settlement. Shortly after the trial was postponed, Sanford Health, a Dakotas-based health-care system, granted hospital admitting privileges to the doctors of the Red River Women’s Clinic, thus bringing the clinic into compliance with the law.

“We are pleased that the physicians at the Red River Women’s Clinic have been able to obtain admitting privileges and reach a settlement with state officials, but the fact remains that this law’s intention was to shutter the only abortion clinic in the state,” said CRR staff attorney Autumn Katz. “And we will remain vigilant in ensuring that the clinic’s doors remain open should anything change in the future.”

“While the women of North Dakota can breath a temporary sigh of relief that this particular underhanded law can no longer threaten safe and legal reproductive health care in their state, our court battles continue as we fight the other equally extreme efforts to ban abortion in the state,” said Katz.

The hospital admitting privileges law was just one of many anti-choice measures passed in 2013 by the North Dakota legislature that has cost taxpayers considerable sums to defend; indeed, as Rewire‘s Sharona Coutts and Sofia Resnick have described it, last year was a “carnival of anti-choice activity” in the state. In all, anti-choice lawmakers introduced six bills and one constitutional amendment during the 2012-13 legislative session, costing the taxpayers nearly $230,000 in attorneys fees from January 2011 to December 2013 defending these measures. At the request of North Dakota Attorney General Wayne Stenehjem, the state has set aside $400,000 to defend those anti-choice restrictions in court.