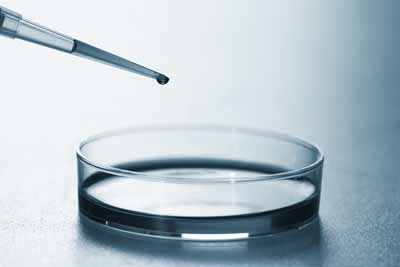 I, too, was created in a petri dish. I was an IVF baby. Genetics via Shutterstock

The Food and Drug Administration (FDA) held a public meeting in late February to consider experimental new techniques that would modify human eggs or embryos in an attempt to allow women with severely mutated mitochondrial DNA to have a child that would not inherit the disorders that can be caused by those mutations. The meeting also considered the use of similar techniques for cases of infertility.

The numerous concerns raised during the two-day meeting made it clear that there are still gaping holes in the data and countless issues to work through. But a strange thing happened: Many people from across the political and professional spectrum unexpectedly found common ground. Apparently most people can agree that anyone who hopes to wield that kind of power carries the burden of proof that their technique works, that it would be safe, and that there are no better alternatives.

As of right now, the case for these new technologies does not look very strong.

The procedures, of which there are a couple variations, have been called everything from “mitochondrial manipulation” to “three-parent IVF (in vitro fertilization).” The techniques would remove the nucleus from an egg or embryo of a woman who wants a child and put it into a donated egg or embryo that has had its nucleus removed. Any resulting child would inherit nuclear DNA from their intended mother and mitochondrial DNA from a donor, resulting in the biological first of a child with genetic material from three people. While mitochondria contain only a tiny fraction of a person’s genes, each cell contains hundreds or thousands of copies, and they seem to have an outsized impact on cellular health. The broader effects of this crude DNA mix-and-match are largely unknown.

I, too, was created in a petri dish. I was an IVF baby. It’s a strange thing to know that my existence is thanks to a technology that, although now widely accepted, some find abhorrent. But IVF is a much less invasive and radical procedure than these egg or embryo manipulations, which would modify every cell of the children born as a result, and would be passed down to future generations. So, back to that burden of proof.

Do the Techniques Work?

Shoukhrat Mitalipov’s lab at Oregon Health and Science University has used its technique on non-human primates, leading to the birth of five rhesus macaques. Though apparently healthy, quantitative data on their comparative health have not been released. And the limitations are obvious: Five is an extremely small sample size, the macaques are still young, and no future generations have been studied.

Both Oregon and Newcastle University researchers have also released papers detailing the use of their respective techniques on human zygotes and embryos. However, both teams note increased abnormalities caused by their manipulations. Furthermore, the briefing document released by the FDA acknowledged that none of the data can be seen as traditional proof-of-concept studies since they were not carried out on eggs or embryos with abnormal mitochondria. The document states, “It is not clear whether these data provide any support for the potential effectiveness of these methods in humans.”

Although there are some studies to suggest female infertility could be linked to a decline in quality and quantity of mitochondria in a woman’s eggs, there is extremely limited data on the efficacy or safety of the use of these techniques for infertile women, and they were widely dismissed at the meeting.

Are the Techniques Safe?

There are risks for the women involved. Large-scale egg extraction requires hormone injections and surgery, which carry short- and long-term risks. For women with mitochondrial diseases, pregnancy also poses a number of serious health risks.

There are known and unknown risks for any resulting children. According to the FDA briefing document, some of the known risks include damage caused to the egg or embryo from the manipulations, nuclear-mitochondrial incompatibility, epigenetic modification of nuclear DNA, and the impact of the chemicals and drugs used at various points throughout the procedure. Problems from any of these issues could quite conceivably show up at any point during embryonic or fetal development, throughout the child’s life, or in future generations. Numerous scientists, bioethicists, and public-health advocates have voiced their grave concern.

The Associated Press reported that it could take decades to understand the safety of these techniques.

Are There Better Alternatives?

For women with mitochondrial diseases who want to have a healthy child, adoption or IVF with the use of a donor’s egg are available options.

For women who want to have a healthy genetically related child, preimplantation genetic diagnosis (PGD) is a promising alternative. PGD is the genetic testing of IVF embryos; it can determine the mutation load of each embryo so that only one with a harmless level of mutations is implanted. A number of studies have shown the promise of PGD in helping women with mitochondrial disease have unaffected children. The only time this would not be an option is if 100 percent of a woman’s mitochondrial DNA is mutated. However in such cases, that woman is likely to be suffering from debilitating illness and the feasibility of her carrying a successful pregnancy could be thrown into question.

So, Why All the Enthusiasm?

Any technology that purports to save lives is bound to garner enthusiasm. There has been a lot of positive hype. Of course, this technology wouldn’t save lives. As Jeffrey Kahn of Johns Hopkins University told Science, “We’re not treating humans. We’re creating humans. There’s not a model for that.”

The creation of genetically manipulated babies would be a huge step for humanity to take. Legally, biologically, and philosophically it would mean crossing into a realm of human experimentation that has been carefully avoided and prohibited in dozens of countries.

The UK government has been considering carving out an exception to their law that prohibits inheritable human genetic modification in order to allow these techniques to move forward. It has just started a three-month open consultation that invites public comment on draft guidance that would regulate the technology. Though the government has decided to undertake this step, it is still uncertain that these techniques will be approved in the UK. After the consultation, the government will ask for an updated assessment on the safety and efficacy of these techniques prior to submitting final regulations for a vote in Parliament.

But, the data itself suggest that the techniques are ineffective, pose serious risks to women and children, and that there are better alternatives out there. This is much of what was discussed at the FDA meeting, and hopefully these critical points will also be brought to the forefront of the UK consultation.