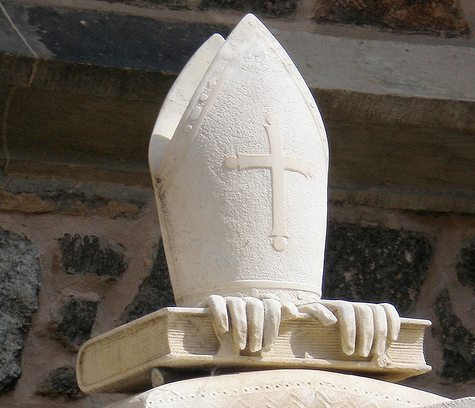 In a scathing report released yesterday on the Holy See’s adherence to the principles of the Convention on the Rights of the Child, an aggressive UN committee knocked the Holy See off the high ground. Zen00zero / Flickr

Thursday, representatives from the Vatican went before a United Nations panel to discuss the way the Catholic Church has handled, and covered up, numerous instances of sexual abuse by priests worldwide.

The public record from this hearing, the first time representatives from the Holy See had been subjected to public questioning of this nature, offers little consolation to those who had been waiting for Pope Francis to offer meaningful reforms that might help him live up to his “Person of the Year” designation. Instead, we were given additional reasons to believe that the all-male hierarchy of the Roman Catholic Church must not be entrusted to come up with a program that will resolve and redress sexual crimes within its flock. Further, we were given additional reasons to question the Vatican’s role in the international law community.

First, the hearing came a bit overdue. The Vatican ratified the UN Convention on the Rights of the Child in 1990. After an initial report in 1994, the Holy See did not submit a progress report to the international body until 2012. It’s shocking that those reports and Thursday’s hearing took so long; those 18 years were filled with revelations of sex abuse by priests, associated cover-ups by Vatican officials, and international cries for accountability.

To those who think Pope Francis, the alleged reformer, has it covered, a closer examination of the facts suggests otherwise: It wasn’t until last year that the criminal code was updated to specify sexual violence against children as a crime. Further, a new commission established by the pope to address the crisis of child molestation by priests lacks judicial authority and instead focuses on providing care to victims of abuse—quite a sick idea, given that internal supervision mechanisms from the Vatican have no track record of providing appropriate care, much less justice, for the victims of abuse by Catholic priests.

During Thursday’s hearing, Archbishop Silvano Tomasi claimed that the Vatican was separate from the Catholic Church, at least with regards to being held accountable for sexual abuse within the parishes. “Priests are not functionaries of the Vatican,” he said. “Priests are citizens of their own states, and they fall under the jurisdiction of their own country.”

If this is the case, then what, pray tell, is the Vatican doing representing the worldwide membership of its own hierarchy in the United Nations? No other religion gets a formal seat at the table.

The Vatican wants to claim it is a state actor only when it is convenient for its political goals, which include hiding and shirking responsibility for sexual violence and oppression within its own midst, while also continuing an overt campaign for sexual oppression against reproductive health care and the rights of women and LGBTQ people under the aegis of international law.

When it comes to priests who have abused children, the Vatican wants to claim that they (and presumably those who knowingly covered up their crimes for them) are citizens of specific states and shouldn’t have to answer to the United Nations. When it comes to human rights treaties and international progress, the Vatican wants to claim it is a nation-state and use that status to try to water down human rights treaties when they are being drafted, including the Convention on the Rights of Persons with Disabilities and the Convention on the Elimination of All Forms of Discrimination Against Women, and later to prevent nations from ratifying them, all in the name of being supposedly “pro-life” on top of a pile of alleged moral authority that includes covering up the sexual abuse of children.

If Pope Francis wishes to be a reformer, he must do more to shake up the Vatican hierarchy. He must insist that his men embrace more transparency—and more responsibility—on the issue of child sexual abuse by priests. Catholics around the world deserve better than the same old secrecy, blame-shifting, and strategic double-speak that was on full display Thursday in Geneva.