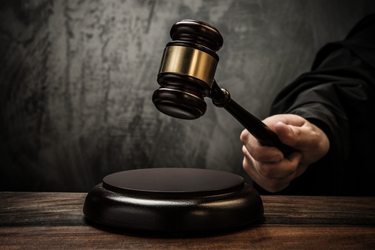 NARAL Pro-Choice America is challenging the Obama administration's nomination of Michael Boggs, who has a long history of civil rights opposition, to the federal district court in Georgia. Judge's hold hammer via Shutterstock

On Wednesday, the Michigan house and senate passed a total ban on private insurance coverage of abortion, unless a woman purchases a separate insurance rider. A similar bill was vetoed last year by Republican Gov. Rick Snyder, who considered it “too extreme,” so this time legislators invoked a rarely used legislative loophole to pass what is now effectively a veto-proof bill.

The legislation will affect both private and public insurance plans in Michigan, and will make Michigan the 24th state to ban most coverage of safe abortion care in the new insurance exchanges. Only eight other states have insurance bans as restrictive as the one passed in Michigan.

Pro-choice legislators and advocates have said the initiative amounts to “rape insurance,” because women cannot predict whether they may become pregnant from rape and need an abortion. Furthermore, nothing requires insurance companies or employers to provide separate “abortion” riders.

The citizen-initiated petition by Right to Life Michigan took advantage of an obscure law that allows 3 percent of residents to send a bill directly to the legislature, which can then pass the law without the governor’s veto.

Pro-choice legislators spoke passionately against the measure before the vote, urging their colleagues to “let the voters decide.” They argued that 97 percent of Michiganders would effectively be left out of the process.

“This body made up of 80 percent men will make a decision that will impact 100 percent of women,” said state Rep. David Knezek (D-Dearborn Heights).

State Rep. Collene Lamonte (D-Montague) fought tears recalling her life-saving abortion after she suffered a miscarriage in the 12th week of her pregnancy.

Other legislators pointed to how unpopular the initiative is, with a majority of Michiganders polled as opposing it.

Anti-choice legislators claimed that the issue was about who pays for abortions. But prohibitions on tax dollars funding abortions already exist, and this measure will most heavily affect private insurers.