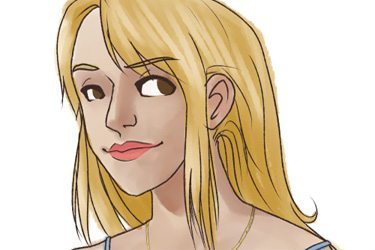 Reproductive justice isn’t a game, but Choice: Texas is. That’s the name of a new interactive fiction project that asks players to navigate barriers to abortion access in the Lone Star State, from financial and economic obstacles to legal and logistical issues.

“I know there are a lot of women who think, ‘If I needed an abortion, I would have one,’ but don’t realize just how much effort might go into it,” said co-developer Allyson Whipple, an Austin writer and poet who’s building the game with Carly Kocurek, a cultural historian at the Illinois Institute of Technology, and illustrator Grace Jennings. Together, the women are raising money for their project via IndieGoGo, and aim to have the game completed by February 2014.

Choice: Texas isn’t meant to be fun—its tagline is “A Very Serious Game”—but rather realistic and educational, reflecting the many barriers to reproductive health care in Texas through a kind of “choose your own adventure” narrative platform. Kocurek had the idea for the game a year ago, well before Texas’ marathon summer of special legislative sessions finally resulted in the passage of an omnibus anti-abortion bill that places onerous and unnecessary regulations on abortion providers and clinics, and bans abortion after 20 weeks in the state.

But when the legislative sessions “reached this fever pitch” this summer, says Kocurek, their project “became much more timely and pressing.”

“We’re thinking about how much access [to abortion] is shaped by factors of identity, where people live, how much money they make,” said Kocurek.

Whipple’s time volunteering for the Lilith Fund, an abortion access fund that helps Texans pay for abortion procedures, has helped her in fleshing out Choice: Texas’ five planned characters, representing a variety of Texans seeking abortions, from a high school honors student to a Houston lawyer to a woman with life-threatening pregnancy complications.

She hopes that the game could be used as a sex education tool for older high schoolers, “with the right teacher in the right school district,” but it’ll be free to play online for anyone.

“What I really hope is that anyone who plays it will come away with learning something,” especially “more privileged people in general who think abortion is not so hard to come by, who don’t think of the intersections of geography and class and how that impacts you,” said Whipple.

If it sounds like something Texas Gov. Rick Perry and Rep. Jodie “Rape Kits Clean a Woman Out” Laubenberg might benefit from spending some time with, you’ve got the right idea: “That would be the most harrowing of all play tests,” said Kocurek, laughing.

Whipple and Kocurek will present a prototype of Choice: Texas at this September’s Future and Reality of Gaming conference in Vienna, and they’re taking donations online through September 15.