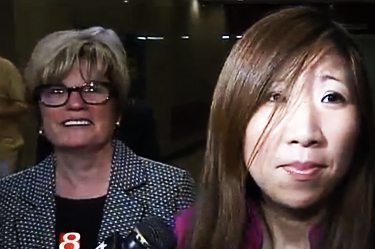 The prosecution of Bei Bei Shuai in Indiana is one of the best examples of the shift by anti-abortion activists toward criminalizing pregnancy to both attack reproductive rights and punish pregnant women for failed pregnancies. Shuai, a Chinese immigrant, ingested rat poison in a suicide attempt in late 2010. Shuai survived the suicide attempt, but the fetus she was carrying did not, and prosecutors charged Shuai with feticide. Members of the medical community rushed to Shuai’s defense and attacked the prosecution as misguided and ideological. Finally, after spending more than a year in prison and facing felony murder charges, prosecutors announced Friday they had agreed to a plea deal with Shuai. In exchange for Shuai pleading guilty to misdemeanor criminal recklessness, she will be released with no further time to serve. It’s a great outcome in a case that never should have been prosecuted to begin with, but sadly Shuai’s case is not unique in Indiana. Purvi Patel, another woman of color, faces charges of felony neglect of a dependent following an investigation of a deceased fetus allegedly found in a shopping center dumpster.

Among the most popular pieces of state-level anti-abortion legislation this last session were admitting privileges laws for abortion providers. Proponents of the laws claim they are necessary to prevent against such problems as “patient abandonment,” an essentially fictitious problem whereby providers abandon patients post-abortion and as a result those patients suffer complications related to their abortions. However, as a federal court in Wisconsin made clear when it blocked that state’s admitting privileges law, proponents of these restrictions haven’t actually offered any evidence showing patient abandonment is a problem, and until they can, admitting privileges restrictions are nothing more than a solution in search of a problem.

Not surprisingly, a judge in North Dakota came to similar conclusions about that state’s admitting privileges law.

In another reminder that defending unconstitutional abortion restrictions doesn’t come cheap, attorneys for the State of Alabama disclosed they were prepared to spend as much as $80,000 in expert fees alone defending that state’s targeted regulation of abortion provider (TRAP) law.

Not only is it expensive to litigate abortion laws, it can take a long time to get a final result. Case in point: Indiana, where officials are finally ending their quest to cut Planned Parenthood off from state Medicaid funds. Indiana was the first state to pass a law ending state funding to Planned Parenthood over two years ago, but it was this summer that the Supreme Court effectively brought an end to those efforts by refusing to step in and review an appellate court decision that held Indiana’s defunding law was unconstitutional.

In a sobering reminder of what abortion providers risk just by doing their jobs, last week a Wisconsin man was sentenced to ten years for plotting to kill a Planned Parenthood doctor.

The Senate Judiciary Committee advanced the nomination of Patricia Millett to the D.C. Circuit Court, but that doesn’t mean lawmakers don’t plan to filibuster it once they’re back from August recess.

Supreme Court Justices Clarence Thomas and Antonin Scalia have come under fire for partisan activities and connections outside the bench—activities and connections that all other federal judges are prohibited from because, unlike Supreme Court justices, they are bound by a code of ethics. Congressional Democrats would like to change that, and have introduced a bill that would bind Supreme Court justices to the same ethical standards as other federal court judges. Naturally, Chief Justice John Roberts and other conservatives on the bench oppose the idea.

And lastly, just over a month ago the Supreme Court struck down Section 3 of the Defense of Marriage Act (DOMA), which defined marriage for purposes of federal benefits as a union between a man and a woman. Since that time, a whole new landscape of federal litigation over the constitutionality of same-sex marriage has emerged.