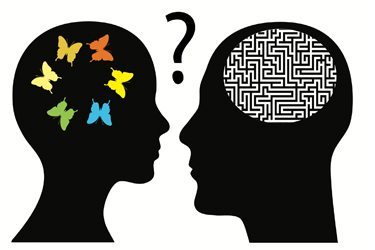 Gender stereotypes in abstinence-only curricula is something we should talk about more often. Man and woman think via Shutterstock

As Jessica Mason Pieklo reported for Rewire on Thursday, Republicans in Congress are working to scuttle the nomination of Georgetown law professor Nina Pillard to the D.C. Circuit Court of Appeals. While this is part of a larger effort to block all of President Obama’s nominees to this influential bench, the specific issue that is holding up Pillard may surprise some. She is being condemned by conservatives in part because of her criticism of gender stereotypes in abstinence-only-until-marriage curricula.

In her academic writings, Pillard argues that these curricula perpetuate gender stereotypes and that as such teaching them in public school “violates the constitutional bar against sex stereotyping and is vulnerable to equal protection challenge.” Not surprisingly, proponents of abstinence-only-until-marriage programs and some Republican members of the Senate Judiciary Committee took issue with this. I, on the other hand—having spent much of my career poring over abstinence-only curricula and suffering through speeches and videos on the topic—applaud it. These curricula are riddled with dangerous gender stereotypes, and while I will leave the constitutional analyses to Pieklo, Pillard, and their legal colleagues, I can say as a sex educator that such blatant stereotypes have no place in a classroom.

Abstinence-only curricula perpetuate the idea that men and women are very different when it comes to sex and everything else, suggest that women are responsible for setting limits because men want sex and they really don’t, and then make excuses for boys who are sexually aggressive while labeling women who have sex as forever tainted.

In a 2007 article for the Emory Law Journal, Pillard argues that these messages might be unconstitutional and eloquently explains why they are so damaging. Since she focused primarily on the legal analysis she only used a few examples for the curricula themselves. Given the current furor over her academic writings, I think this is a good time to review other examples as well as her arguments. (Note: Unless otherwise linked, the examples below are taken from the Sexuality Information and Education Council of the United States fact sheet Sugar & Spice, Virtue & Vice: How Fear-Based, Abstinence-Only-Until-Marriage Curricula Perpetuate Gender Stereotypes, which I wrote in 2008 based on in-depth reviews of the most recent version of each curriculum available at the time.)

Men Are From Mars, Women Can’t Do Math

Typically, abstinence-only-until-marriage curricula begin their discussion of gender by enumerating differences between men and women, from the vaguely interesting (women have larger kidneys, livers, stomachs, and appendixes than men, but smaller lungs) to the ridiculous (boys carry their books under their arms while girls hug them to their chest) to the downright offensive (girls aren’t as good at math). To emphasize their points, the authors like to point out that these differences are real and “proven” by science. Some of my favorite examples include:

It is understandable why at first glance some people might not be all that offended by the presentation of these gender traits—for one thing, many of them ring true in everyday life. The majority of sitcoms and at least half of all stand-up routines in the 1980s were based on the idea that men and women are different, and psychologist John Gray got rich and famous for suggesting that “men are from Mars and women are from Venus.“

Though these differences may seem benign, they are setting up a world view in which men and women take on specific roles in both society and their family. After all, if men are better at special relations and need domestic support, doesn’t it just make sense that they become engineers while women stay home and do their laundry?

In her article, Pillard explains why even those gender stereotypes that are based on kernels of truth about men and women are problematic:

Under the line of cases culminating in United States v. Virginia (VMI), even statistically accurate generalizations about “typically male or female tendencies”—such as men’s greater aggressiveness versus women’s comparatively more cooperate temperament or men’s tendency to harass and women’s victimization by sex harassment—cannot be ground for official sex-based discrimination … The [doctrine] thus recognizes that sex-role stereotyping is itself harmful because it projects patriarchal messages that make discrimination at once more likely and less apparent.

Women Are in Charge, But Only of Saying No

The myriad of generalized gender differences mentioned above seem to be used for the purpose of setting up and underscoring the differences that the abstinence-only-until-marriage curricula are really interested in driving home: those that have to do with sex. The basic message here is that boys want sex with anyone at any time. Girls, on the other hand, may think they want sex, but really they are just looking for love. Such differences are natural, we shouldn’t fight them, we should just learn how to handle them. To cope with these differences, girls must help boys by dressing modestly, setting clear limits, and acting as the enforcer. Here’s how some of the curricula explain this:

Young people need to understand that in a couple, both men and women have not just the right but also equal responsibility to determine what sexual behaviors will be part of their repertoire. Young men need to know they are perfectly capable of not having sex at any moment, while young women need to know it’s as normal for them to want sex as it is for a man. Setting up a double standard in which only men desire sex and women’s role within the sexual relationships is simply to deny their partners’ relentless requests is damaging on many levels.

In her 2007 article, Pillard explains it brilliantly:

Sexual double standards set up both young women and men to act irresponsibly. The notion that male sex drives are irrepressible, the valorization of male sexual “conquests,” and the failure to hold men accountable to care for the children they father all encourage heedless and even lawless sexual behavior destructive to male-to-male peer pressure, and disregard of women’s humanity. Relying on young women to be the gatekeepers of chastity and to respond with denial and shame to their own sexual drives, and encouraging women to care more about their relationships with men than their own plans intensify women’s ambivalence and difficultly in negotiating their own drives, desires, and best interests.

It’s also worth noting that such discussions of sexual behavior completely ignore even the possibility of same-sex relationships. Though Pillard does not make this argument, others have suggested that abstinence-only-until-marriage programs discriminate against gay and lesbian teens, as these young people are left out of the conversation entirely.

Boys Will Be Boys, But Girls Might Get Ruined

One of the most obvious dangers of putting young women in charge of their partners’ insatiable sexual appetites is the impact it has on rape and sexual assault. Though some programs spend a token amount of time discussing date rape and may pay lip service to the idea that “no means no,” most include language that suggests otherwise. Girls are constantly blamed for tempting boys whose hormone-addled brains just can’t handle short skirts or flirtatious smiles. And while boys will be boys—meaning they can be forgiven for most sexual behaviors, perhaps including non-consensual behaviors—girls should know better. A girl who wants or actually has sex, according to these programs, has been permanently damaged. Here are some gems from the curricula:

Pillard takes this on in her article as well and points out just how damaging it can be to both genders. “Painting all males with the brush of sexual brutishness both naturalizes the wrong done by the rapist and obscures the good of the non-aggressor,” she writes. “Failure to acknowledge women’s very real and powerful sexual urges also abets sexual abuse and rape: If women are taught to deny their desire, their ‘no’s’ appear ambiguous, making it easier for men to believe that no means yes—i.e., that male insistence will merely lead to what both ‘really’ want.” She adds, “The female chastity norm also punishes women who repudiate it—or are presumed to do so—by viewing them as ‘fair game,’ disentitled to protection from uninvited sex.”

As Pieklo explained, Pillard essentially argues that such blatant sex discrimination violates our equal protection laws: “[the curricula’s] prescriptions for women and men resonate vividly with the traditional sex roles that were targets of so many of the early sex equality cases.” As such, this content would be out of place in any public education program, but Pillard goes on to argue that perhaps an even stricter standard should be applied to sexuality education programs, which are by their nature trying to change how young people behave. She says:

Obligatory education permeated with discriminatory content alone raises serious constitutional concerns. But the conduct-shaping of sex education curricula makes them vulnerable to equal protection challenge even if communicating retrogressive sex roles in traditional academic classes might not be.

I have always felt that one of the most important goals of sexuality education is to help young people think critically about their own decisions in order to shape their future behavior for the better. Sure these courses should provide information about sexually transmitted infections, contraception, and sexual health, but that is not nearly as useful as the skills to apply it to their own lives. Presenting gender stereotypes in an effort to help young people understand the origins of these ideas, question their validity in today’s society, and examine how they affect communication within sexual relationships would be an ideal exercise for a sexuality education program. Unfortunately, abstinence-only-until-marriage programs are not interested in helping young people think critically about gender roles or any other aspect of sexuality. Instead, they present these stereotypes as universal truths and prescribe different behavior for men and women accordingly.

Over ten years ago, the toy company Mattel found itself in the center of a public relations nightmare when it released Teen Talk Barbie. Among the 470 phrases she would say was this winner: “Math class is tough.” Reaction to this was so strong that the doll was pulled from the shelf. A couple of years ago, retailer J.C. Penney got similarly lambasted in the media for a t-shirt that said “I’m too pretty to do homework so my brother has to do it for me.”

It turns out that kids are being exposed to even worse gender stereotypes in federally funded abstinence-only-until-marriage programs, but can calling these into question prevent someone from getting a seat on the bench? Professor Pillard was right to question whether abstinence-only programs belong in our schools, and she made excellent arguments about why the gender biases they tout are so damaging. I hope that her academic writings on this topic do not, in the end, prevent her from becoming a member of the D.C. Circuit. Though, I can’t help but wonder if she missed her true calling as a sexuality educator.