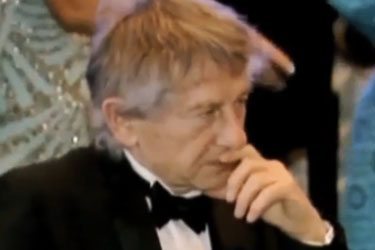 In some ways Polanksi is actually right. The pill did "change the place of women in our times"—but it did so for the better. WochitEntertainment / YouTube

Director Roman Polanski made headlines this weekend at the Cannes Film Festival, where he was debuting his new film Venus in Fur. The movie, which is based on a play by David Ives and stars Polanski’s wife, focuses on the relationship between a feminine actress and the macho director who she slowly begins to control. Discussing the film’s themes of gender and gender roles, Polanski told the press that he is not pleased with how the sexes act with one another today. “I think that now offering flowers to a lady becomes indecent, that’s how I feel about it. I think to level the genders—it’s purely idiotic,” he said. “I think it’s a result of progress in medicine. I think that the Pill has changed greatly the woman of our times, ‘masculinizing’ her. I think that it chases away the romance from our lives and that’s a great pity.”

Polanski, who is now 79, is famous for having directed award-winning movies such as Chinatown and Rosemary’s Baby. In 1971, his wife Sharon Tate was murdered by members of the Manson Family at Polanksi’s home outside Los Angeles. A few years later, he dated actress Natasha Kinski while she was starring in his movie—Kinski was 15 years old when the relationship started. His infamy, however, comes from having evaded punishment in a 1977 statutory rape case. He was arrested for having sex with a 13-year-old girl after allegedly drugging her and plying her with alcohol.

He was originally indicted on six felony counts, including rape by use of drugs, child molestation, and sodomy.  He accepted a deal by which he plead guilty to unlawful sex with a minor in exchange for the other charges being dropped and a sentence that was most likely going to be probation. Before final sentencing, however, he fled the country and returned to his native France out of fear that the judge would send him to prison. As a French citizen, he could not extradited to the United States. It looked like Polanski might come back to the United States to face sentencing in 2010 when he was living in Switzerland and officials in the United States asked Swiss officials to begin extradition procedures. Though the Swiss temporarily held him under house arrest, they ultimately denied the request. Polanski now travels freely between Switzerland and France but is restricted from going elsewhere because of an Interpol warrant that is recognized by 188 countries.

Obviously, this is not a man from whom anyone should be taking advice on romance. In fact, I hesitated to even write this story, as I feel he is unworthy of our attention. However, he continues to be a famous and even well-regarded filmmaker, and his comments were re-printed by numerous news outlets, including the Associated Press. Though most of the articles pointed out his past behavior, which should serve to discredit his opinion, few actually pointed out how sexist and asinine the comments themselves really were.

I started to respond to Polanski’s “masculinizing” remark by pointing out that the pill is made out of estrogen and progesterone (female hormones), not testosterone. But he wasn’t talking biology; he was talking sociology.

In some ways Polanksi is actually right. The pill did “change the place of women in our times.” The introduction of the pill in the 1960s coincides with shifts in sexual behavior and gender roles. Though simple cause and effect can never be proven, and it is possible that these changes would have occurred without the pill, many people believe that the new form of birth control was a big player in the shifting cultural norms.

One theory is that the pill allowed women to separate sex from procreation, which not only changed how they viewed sex (it was now less risky and therefore more personally acceptable), it also changed how they planned their lives. Being able to control their own fertility and time the births of their future children was one of the things that drove women into the workforce or allowed them to stay there long-term. Women were able to take control of their sexuality, advance their careers, and become more productive members of society.

While most of us see this as a great advance for women’s rights, Polanski seems to believe that it just made women more masculine and, perhaps worse, equal to men. Polanski seems to believe that power and privilege should be unique to those with penises. I would find that offensive coming from anyone, but it is even worse from someone with his history of drugging and raping a young teenager and refusing to accept punishment for it.

As for the flower comment: I like my birth control pills, I like my career, and I like that I am far more in control of my reproductive health than the generations that came before the pill. Also, I love it when my husband brings me flowers.