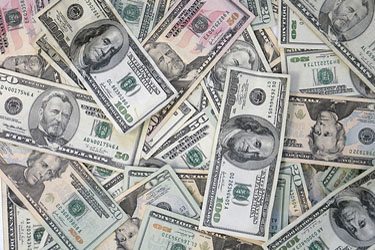 If a new budget proposed by the state senate goes into effect, North Carolina’s Woman’s Health Fund would lose $250,000 in this year’s budget. The funding, which is usually used to provide medical care and contraceptive coverage for poor and uninsured women who do not qualify for Medicaid, would instead go to the Carolina Pregnancy Care Fellowship (CPCF), an umbrella group for about half of the state’s crisis pregnancy centers (CPCs).

CPCF representatives told the News Observer that the group’s CPCs “work hard to provide factual, impartial help to teenagers and women who are conflicted about their pregnancies.”

The CPCF boasts partnerships with two of the nation’s largest crisis pregnancy center networks: Care Net and Heartbeat International. In its materials for becoming a member, Care Net states that an affiliate must agree not to “recommend, provide, or refer single women for contraceptives. (married women seeking contraceptive information should be urged to seek counsel, along with their husbands, from their pastor and/or physician.)”

The training that makes both Heartbeat and Care Net acceptable “medical services” providers in the state’s eyes can be purchased from a franchisee website for $50; DVDs and forms walk users through everything from “doing ultrasounds” to “getting Medicaid funding.” One package description reads, “From providing early-detection ultrasounds to implementing a broad array of prenatal health care services, learn how you can reach at-risk and/or disadvantaged women with the Pregnancy Help Medical Clinics and Medicaid Funding DVD™. Whether you’re hoping to expand your already-existing medical care or establish medical service for the first time, this DVD is for you!”

CPCF had hoped to receive taxpayer dollars through the state’s “Choose Life” license plates, but a judge blocked the creation of the plates, saying that if the state would not allow a pro-choice license plate to be created as well, there could not be one supporting CPCs. Anti-choice legislators appear to have turned to the state budget to make up that loss.

Women’s health activists are incensed that politicians would strip funds meant to prevent unintended pregnancies and reallocate them to deceptive CPCs. “Our lawmakers have a responsibility to protect women and families in our state by supporting programs that offer comprehensive, unbiased reproductive-health information. Crisis pregnancy centers do the opposite,” Suzanne Buckley, executive director of NARAL Pro-Choice North Carolina, said in a statement. “The goal of these organizations is to block women from making fully informed choices about their own reproductive health. Legitimate health care providers put their patients first, not a political ideology.”

Melissa Reed, vice president of public policy for Planned Parenthood of Central North Carolina, agreed. “Clearly, the NC Senate is more concerned with pandering to their political base than making sure that low-income women have access to real health care,” she said in a statement posted on the group’s Tumblr.