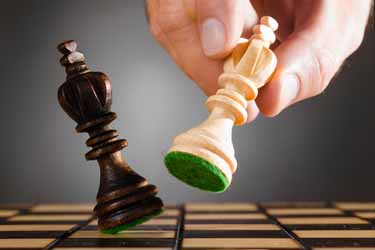 Why do Republicans think such a political tactic will work to get pro-choicers to stop caring about abortion rights? Wooden kings via Shutterstock

Sri Srinivasan’s judicial nomination to the D.C. Court of Appeals looks like it will move forward, but it’s not clear if that nomination will be a win for progressives.

Srinivasan, currently the Principal Deputy Solicitor General, is on a long list of candidates waiting for confirmation to federal appellate courts who have been blocked by Republicans on specious grounds. Srinivasan is a native of India but was raised in Lawrence, Kansas, and attended Stanford University, where he earned his bachelor’s and law degrees, and an MBA. From law school, Srinivasan went on to clerk for conservative Judge J. Harvie Wilkinson III, then of the Fourth Circuit Court of Appeals, followed by former Supreme Court Justice Sandra Day O’Connor.

As an attorney, Srinivasan made a name for himself as a litigator, arguing 20 cases before the high court and serving under both President George W. Bush and President Obama. Conservative legal scholars, including Ted Olson and Ken Starr, have publicly supported the Srinivasan nomination, and by all reasonable standards the nomination should have sailed through the Senate Judiciary Committee.

But then again, so should have the Caitlin Halligan nomination. Halligan recently withdrew her nomination after the National Rifle Association and anti-choice groups pressured Republicans to break an agreement they made with Democrats to not block any judicial nominees in exchange for Senate Majority leader Harry Reid punting on filibuster reform earlier this year.

All that history was palpable during Srinivasan’s confirmation hearing. Before Srinivasan even had a chance to address the committee, Republicans were already playing politics. Sen. Chuck Grassley (R-IA), the ranking Republican on the committee, used his opening statement to announce a bill that would reduce the number of judges on the D.C. Circuit from 11 to eight. Grassley announced he would file the legislation, which was co-sponsored by other Republicans on the judiciary committee, including senators Mike Lee (R-UT), Orrin Hatch (R-UT), Jeff Sessions (R-AL), Jeff Flake (R-AZ), and Ted Cruz (R-TX). As it stands, only seven of the 11 seats on the D.C. Circuit are filled; if Srinivasan’s nomination clears, he would be the eighth. So why would Republicans want to do that?

The answer was apparent as soon as Republicans started questioning Srinivasan. His hearing was as much about the Supreme Court as the D.C. Circuit Court of Appeals.

Grassley and Hatch grilled Srinivasan about the positions he took on behalf of the Obama administration in refusing to defend the Defense of Marriage Act and on Srinivasan’s role in the case Hosanna-Tabor Evangelical Lutheran Church and School v. EEOC. In that case, Srinivasan argued unsuccessfully that federal anti-discrimination laws should apply to religious organizations. The Supreme Court disagreed, and instead articulated a broad “ministerial exception” where First Amendment religious rights trump anti-discrimination laws, even in the employment context. Why are conservatives on the judiciary committee so interested in Hosanna-Tabor? With the sixty-or-so lawsuits challenging the birth control benefit on similar grounds, the senators’ line of questioning wasn’t so much about Srinivasan’s work as it was about launching a few test balloons on the scope of that exemption for the inevitable Supreme Court review of the birth control benefit.

Democrats on the committee had a few points to make as well. Sen. Charles Schumer (D-NY) asserted that conservative senators are using the D.C. Circuit as a way to gut legislation they don’t like (financial reform, for example) and enshrine legislation they do like. There are important legislative reforms working through Congress and the executive agencies—everything from gun reform to immigration to the final religious accommodation on the birth control benefit—and these are all issues on which the D.C. Circuit Court is expected to rule, at some point. This matters because conservatives have perfected the art of reverse-engineering their legal challenges. These questions were not simply a probe into Srinivasan’s background and experience, they were a highlight of the kinds of legal challenges the federal appellate courts will hear in the comings years, and conservatives wanted assurances they could count on Srinivasan.

And he appeared to give it to them. Judicial confirmation hearings often take on the foreign language of constitutional law-speak, a form of communicating in case-name shorthand that is designed to signal a candidate’s particular view. On this form of communicating, Srinivasan showed himself to be skilled and savvy. Srinivasan consistently referred to District of Colombia v. Heller and Crawford v. Marion County as decisions he’d follow and legal principles he found instructive. By all accounts, the conservatives on the committee ate it up.

Heller is the landmark case in which the Supreme Court struck the D.C. handgun band, holding that the Second Amendment protects an individual’s right to possess a firearm for traditionally lawful purposes, such as self-defense within the home. The decision tied the right to have a handgun to a natural right of self-defense embraced within the Second Amendment, and many legal experts, like dissenting Justice John Paul Stevens, see the case as an example of judicial over-reach—akin to the majority’s decision in Citizens United—in that it upended century-old precedent interpreting the Second Amendment without finding an individual right to own a weapon. As the dust has settled in the Heller decision it’s now become a dog-whistle to suggest sympathy, or at a minimum a lack of hostility, toward the idea of gun owner rights and it’s an important indicator as Congress moves forward on the issue of reasonable weapons regulation.

Srinivasan similarly invoked Crawford, a 2008 Supreme Court decision that upheld the constitutionality of Indiana’s photo ID requirement, finding it closely related to Indiana’s legitimate state interest in preventing voter fraud, modernizing elections, and safeguarding voter confidence. The case paved the way for future voting restrictions because the court bought entirely the straw man argument of “voter fraud” that Republicans still trot out to justify efforts to curtail democratic participation. These are more political arguments than legal arguments at this point, and the fact that Senate Republicans took Srinivasan’s pulse on them again shows this hearing wasn’t about Srinivasan on the D.C. Circuit so much as it was about Srinivasan on the Supreme Court.

By the end of the hearing, Srinivasan appeared to enjoy the support of several Republicans on the committee. Should this concern progressives? It’s hard to say. As Adam Sewer notes at Mother Jones, there’s plenty for both sides to chew on. In addition to arguing against the Indiana voter ID law and the expansion of the ministerial exemption under the First Amendment, Srinivasan also represented a Spanish-speaking child in Arizona in a case alleging the state had failed to provide enough English instruction to students learning English as a second language. Finally, Srinivasan was part of the legal team representing Al Gore in Bush v. Gore. But Srinivasan also argued the conviction for Enron scammer Jeffery Skilling should be thrown out and that American companies should not be held liable for human rights abuses abroad.

In that way, his nomination may more closely mirror the Elena Kagan nomination—an undoubtedly qualified candidate whose work history gives no clear indication of how he would rule in future cases. For Kagan, she has to date proven to be a reliably liberal voice on the bench and a formidable counter-point to Chief Justice John Roberts. Srinivasan may be a similar candidate, but unfortunately the process is so broken there’s no good way to tell.