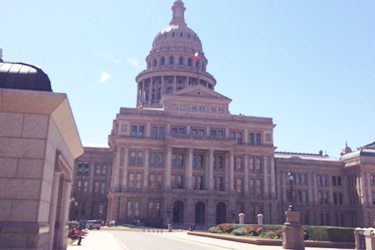 See our other pieces on ALEC and anti-choice bills in Texas here.

In fact, there is no such medical evidence, and the American Medical Association has concluded that “evidence regarding the capacity for fetal pain is limited but indicates that fetal perception of pain is unlikely before the third trimester.”

The bill provides an exception for the life of the pregnant person, though only if the person is physically in danger; an abortion may not be performed if there is a “claim or diagnosis that the woman will engage in conduct that may result in her death or in substantial and irreversible physical impairment of a major bodily function.”

It also changes language in the Texas health code to require physicians to report the “probable post-fertilization age of the unborn child,” rather than the “the period of gestation,” as part of the state’s newly enacted Big Brother-style abortion reporting requirements.

It’s not the case that women know they want or need an abortion and are “just putting it off and just being lazy about it,” as Perry and his anti-choice supporters seem to believe. “That is never the case with anyone we talk to.”

Instead, says Long, the Lilith Fund hears from women who are in abusive relationships, or from women who initially had a wanted pregnancy but “then something happens that’s a disaster for them,” making the prospect of pregnancy and parenthood untenable. Long characterized Perry’s position as “not acting with compassion.”

And yet, conservative, anti-science legislators soldier on in their attempts to make safe, legal abortion as inaccessible as possible in Texas. This shouldn’t come as a surprise, considering that the sponsor of the so-called Preborn Pain Bill, Rep. Laubenberg, is affiliated with one of the country’s shadiest conservative lobby groups.

Rep. Laubenberg is the Texas state chair of the American Legislative Exchange Council (ALEC), a hyper-conservative, ostensibly non-profit lobby group that provides state legislators with model legislation developed by and for large corporate interests. Goals of ALEC-developed legislation range from dismantling Medicaid to protecting big businesses that pollute the environment to strengthening stand-your-ground gun laws, making the group a particular friend to the National Rifle Association.