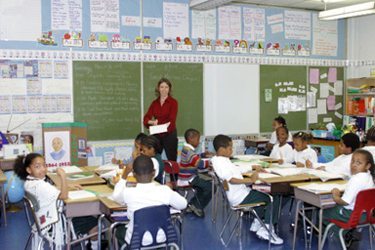 The Kansas legislature has been making a name for itself for trying to legally mandate anti-choice talking points. But Kansas isn’t the only state seeking to mandate the spread of anti-choice scare tactics. The North Carolina legislature, for example, is considering a bill to integrate anti-choice lies right into the public education curriculum.

A new bill, SB 132, would mandate that K through 9 public health curricula, which focus on everything from nutrition to HIV prevention, include scientifically-inaccurate information on safe abortion care.  Included in the materials will be research from the American Heart Association, the American Red Cross, and, apparently, the anti-choice movement. “To facilitate the implementation of this act, within 60 days of this act becoming effective and annually thereafter, the Department of Health and Human Services, Division of Public Health, shall provide to the Department of Public Instruction sample educational materials with the most current information available about the preventable causes of preterm birth, including induced abortion as a cause of preterm birth in subsequent pregnancies,” according to the bill.

Thanks to the war on comprehensive, age-appropriate sex-education, many teens become sexually active without the slightest understanding of how to prevent pregnancy or avoid sexually transmitted infections. School district sex-ed programs in some states have become nothing but a chance to spread misinformation on the ineffectiveness of condoms or other means of contraception, leaving teens unprepared if they do have sex despite their “teachings.” Now, they coercion is moving into health programs as a means to frighten teens about abortion.

The most recent comprehensive study on abortion and pre-term birth shows only a slight possible increase among those who have had three or more early abortions.

“SB 132 will force schools to tell all students that women who choose abortion will experience difficulties with pregnancy later in life,” said Suzanne Buckley, Executive Director for NARAL Pro-Choice North Carolina. “The bill amends the NC Healthy Youth Curriculum to require teachers to tell students about so-called link between abortion and pre-term deliveries, despite the reality that trusted physicians and medical experts from the Center for Disease Control, the World Health Organization, and the American Medical Association have found no correlation between abortion care and pre-term deliveries. This bill is insulting and endangering. It forces teachers to lie to students. Young people need facts about their health—not political propaganda,”  said Buckley.

SB 132 is currently in the Senate committee on Health Care.