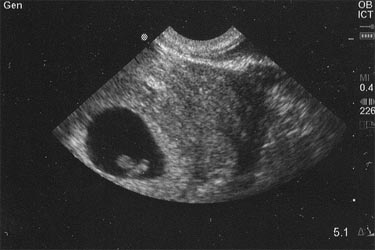 Everyone please step away from the ledge. The public discourse about mandated trans-vaginal ultrasounds for abortion patients is completely out of control—among both abortion rights opponents and abortion rights supporters. The facts are slim and distorted on all sides. It is time for a more thoughtful discussion on the issue.

Let’s start with reviewing what these new laws usually require. The laws are often based on model legislation developed by American’s United for Life (AUL), a law and policy advocacy organization that seeks “legal protection for human life from conception to natural death.”  The laws mandate that abortion providers must let women view a real-time ultrasound image of their fetus prior to consenting to an abortion. That image must be as good as technology will allow and the doctor, who is the same doctor who will subsequently perform the abortion, must perform the ultrasound, describe the image to the woman in detail, and let her listen to the fetal heart. All this must occur at least 24 hours prior to the abortion. Because trans-vaginal ultrasounds provide higher quality images at earlier gestational stages, these laws by definition require abortion providers to perform trans-vaginal ultrasounds. Generally, women are not allowed to opt out of these requirements, although there are now a few very limited exceptions in some state laws.

Because the idea of sticking a probe in a woman’s vagina against her will is appalling to the general listener, abortion rights supporters have focused on this single aspect of the laws as a way to generate public outrage. Advocates refer to the required ultrasounds with phrases such as “medical rape.” The problem is that the indignation generated is almost exclusively focused on the mandatory nature of the probe—not on what is actually wrong with the law.

To step back, the stated purpose of the ultrasound laws is to give a woman information about her pregnancy that might persuade her to opt against having an abortion. AUL explains the logic: “Medical evidence indicates that women feel bonded to their children after seeing them on the ultrasound screen. Once that bond is established, researchers argue, a woman no longer feels ambivalent toward her pregnancy and actually begins to feel invested in her unborn child.” In all the high-pitched hype about “medical rape,” no one is critiquing this stated justification for the laws. And there is much to critique.

First, the purported medical evidence is speculative. In the above excerpt from AUL’s argument, each sentence includes a footnote to a 1983 editorial in the New England Journal of Medicine that hypothesized that ultrasound viewing could dissuade women from having an abortion. However, the authors of the editorial based their conjecture on experiences with two—yes, only two—pregnant women who viewed their ultrasounds. This hardly counts as medical evidence.

Second, to date, no peer-reviewed empirical data has supported this proposition that viewing an ultrasound image discourages women from abortion. In fact, what limited information does exist suggests that women seeking abortions have a range of experiences associated with viewing their ultrasound and any mind-changing occurs in a complex context that may or may not include ultrasound viewing along with other factors.

In work my colleagues and I conducted at the UCSF ANSIRH program, we discovered that many women who voluntarily choose to view their ultrasound image find viewing helpful—and sometimes it even confirms their decision to have an abortion. Those who oppose abortion rights might be shocked to find that their efforts to ensure viewing actually help women choose abortion and resolve conflict over their decisions. This is true for women at all stages of gestation.

Both supporters and opponents of abortion rights get another thing wrong: they misunderstand standard abortion practice. The use of trans-vaginal ultrasounds is routine among abortion providers. When I started this work three decades ago, pregnant women often had to wait until they were seven or eight weeks pregnant before providers felt comfortable performing an abortion—they needed to wait that long to confirm a pregnancy and its placement. With advances in ultrasound technology—specifically the ability to conduct trans-vaginal ultrasounds—providers can now verify an intrauterine pregnancy as early as 4 weeks. Women no longer have to wait through weeks of pregnancy symptoms and distress before having a desired abortion. Trans-vaginal ultrasound is a useful tool and shouldn’t be maligned by abortion rights supporters seeking to make a quick exaggerated political point.

Please don’t get me wrong. Mandated ultrasound viewing regulations are bad laws—just not for the reasons that make the nightly news. Rather, it is the minutiae of the requirements, ones activists may feel are too hard to explain, that lead them and the media to focus on the elevated hype about probe penetration.

Let’s consider the minutiae of these laws and the significant problems they pose. To start, the policy requires that a physician perform the ultrasound at least one day in advance of the procedure and that this physician is the same physician who performs the abortion. There are several problems with this requirement. One, this type of mandate is contrary to the way health care is generally provided. The truth is that ultrasounds are routinely performed by competent non-physician staff in the abortion setting. There is no evidence that this way of providing care is unsafe or unsatisfactory.

Two, these mandates increase the costs of abortion. Requiring the physician to be present in the clinic on two consecutive days drives up the cost of abortion for the women seeking them. In most states, low-income women have to come up with between $500 and $1000 in cash to pay for an abortion. For a woman living at or below the poverty level this is equivalent to a month’s income.  Our research finds women take this money from other expenses like rent, utilities and food. In all other aspects of health care, the trend is to use less expensive personnel to perform some patient procedures to both drive down health care costs and save higher-skilled personnel for more complicated activities. The reverse trend in abortion care is deliberate and is meant to make women opt out of abortion, not because of some information the ultrasound gives them, but because abortion is no longer affordable. It is disappointing that state medical associations that vigorously fight efforts by state legislators to tell them how practice medicine have been virtually silent on these ultrasound requirements.

The next aspect I’ll consider here is the inability of women to opt out of aspects of ultrasound viewing; patients have to view and listen to a description of their ultrasound image. This is an intrusion into patient’s rights to control the course of her health care. Research from other health care services finds that patients’ sense of control has implications for long-term outcomes. It is not about whether women can refuse a probe (which may be medically necessary) but whether they can refuse to watch and listen—mandates that serves no medical purpose.

In contesting these mandates, however, abortion rights supporters need to be very careful about claiming that women will be traumatized by being forced to view their fetal ultrasounds.  We have no data that these outcomes occur. Yes, it is likely that some women will have negative reactions when they view an image they do not want to, but it may not be because of the content of those images. It is probable that the negative emotions are caused by the lack of agency they are allowed over what happens in their clinical encounters. Ultrasound is ubiquitous in American culture, so the images are neither foreign nor shocking for most women. We know, however, that women resent not being allowed to decide how they are treated by their health care providers. Indeed, objections to this kind of paternalism are what sparked the beginning of the women’s health movement in the first place.

We must also consider the unintended consequences of current pro-choice framing of these laws. Women who enter an abortion clinic prepped to think about trans-vaginal ultrasound as medical rape may well experience more negative outcomes than they would otherwise when they are informed by their health care provider that this procedure is necessary. It won’t matter that the trans-vaginal ultrasounds is called for not because the law mandates it but because the provider believes this ultrasound method is the correct medical choice.

We can see the second unintended consequence of this political approach in the experience in Virginia last year. After a very high profile “medical rape” fight over mandatory trans-vaginal ultrasound, the law was modified to remove the vaginal ultrasound requirement. An abdominal ultrasound is now acceptable.  All other aspects of the law were implemented. Despite a “political win” in Virginia, women receiving abortions are no better off. Instead, the real harms of the law—increased costs, loss of agency in health care decision-making—are obscured and ignored.

Rather than focus on the forced nature of the probe and the potential trauma to the woman of viewing her fetus, abortion rights supporters need to engage in a more honest conversation about what is wrong with the laws. These conversations are likely to be harder, more nuanced and not so easy to turn into sound bites. Mandatory ultrasound laws are wrong because they are provided in a way that drives up costs, because they make it harder to provide abortion care, and most importantly, because they do not improve health outcomes. They eliminate patient autonomy in how health care information is delivered and received. This is a truly egregious harm about which everyone, no matter their position on legal abortion, should be concerned. Trans-vaginal ultrasounds are not medical rape. They are often the preferred course of care. But in those circumstances where it is not medically necessary, ultrasounds should be provided using the clinician’s best judgment, just like any other health care interventions.

Unfortunately, this analysis will probably not lead the TV news tonight and that is part of what is wrong with the public discourse about abortion today.