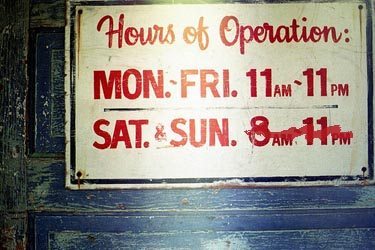 Proving once more that the South Dakota legislature is solidly in the pocket of anti-choice activists, the Senate has now voted 24 to 9 to pass a new waiting period that will force women seeking abortion to wait up to a week after her initial appointment before being able to terminate a pregnancy. The House already approved the bill 56 to 13.

The new extended waiting period was proposed to allow crisis pregnancy centers additional time to provide “coercion evaluation” to women seeking terminations without being forced to work on weekends. It passed despite the fact that a judge ruled in 2011 that the restriction is likely unconstitutional and blocked it from going into effect. As Rewire reported in early February, Planned Parenthood of Minnesota, North Dakota, South Dakota expressed concern that if the new extended wait went into effect they would no longer have the resources to continue providing safe abortion care in the state. They currently operate the only clinic in South Dakota.

“It is insulting and demeaning that the legislature continues to imply that women don’t think carefully about their reproductive healthcare without governmental interference,” Alisha Sedor, executive director for NARAL Pro-Choice South Dakota told Rewire. “The women of our state deserve better than politicians who push their own selfish agendas without regard for what’s right for South Dakota.”

“Today’s vote is a huge disappointment and will no doubt have a negative impact on the women and families in South Dakota.  This bill has absolutely nothing to do with helping women,” said Sarah Stoesz, President and CEO of Planned Parenthood of Minnesota, North Dakota, South Dakota. “Instead, this bill is about further delaying women from having an abortion and protecting the convenience and schedules of Crisis Pregnancy Centers (CPC) – a stunningly cynical use of the legislature and of tax-payer dollars.”

“Women in South Dakota who are grappling with the deeply personal and complex issue of abortion already endure a litany of medically unnecessary hurdles before they can get this safe and legal medical procedure. Now, they will be further delayed simply to cater to the weekend and holiday plans of CPC staff.”

The bill will now head for signature to Governor Dennis Daugaard, who is anti-choice. However, Daugaard has been leery in the past about signing legislation that he knows will likely see a court challenge. He balked at signing 2011’s HB 1217 into law until he was reassured that solicitations would be made to finance a legal fund to defend the bill and keep the state from absorbing the costs. With the original bill still in the courts, Daugaard may not be so anxious to sign a “revision” law, and one that directly applies to the part of HB 1217 that was blocked, into the books.