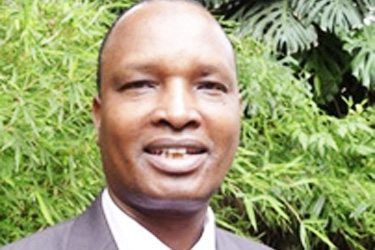 Cross-posted with permission from Ipas.

This article was also published in Medical Abortion Matters (November 2012).

Until 2011, abortion was illegal in Kenya except to save a woman’s life. For years the climate of fear and secrecy surrounding abortion hurt women, their families, and health-care providers. Unsafe abortion in Kenya still causes an estimated 30 percent of maternal deaths and countless other injuries.

Now, a newly ratified Kenyan constitution allows for legal abortion on much broader terms—and, when the new law is fully implemented, it stands to dramatically increase women’s ability to exercise their reproductive rights.

Ipas’s senior clinical advisor Mary Fjerstad recently sat down with Kenya’s much-respected Dr. John Nyamu to discuss the long and difficult path he and so many other Kenyans have traveled to get where they are today.

Mary Fjerstad: Doctor Nyamu, would you tell me what the situation was like in Kenya when abortion was considered a criminal act? [Editor’s note: Before constitutional reform, abortion in Kenya was highly restricted with few legal indications for having the procedure.]

Dr. John Nyamu: Most health-care workers were afraid of talking about it openly. Abortion was never performed in government hospitals unless the life of the woman was in real danger. Even then it was very bureaucratic as one doctor could only do the procedure with permission in writing from two other doctors; one doctor had to be a psychiatrist and the other doctor had to be a senior doctor in the hospital. Abortions were performed by D&C or induction. In reality, these legal abortions were provided almost exclusively at Kenyatta National Hospital, provincial hospitals and very rarely in district hospitals. (Kenyatta National Hospital is the major teaching hospital in Nairobi).

There were wards in hospitals where women who had unsafe abortions were treated for uterine and bowel damage due to perforations and developed sepsis, brain damage and many women died.

Some private clinics were providing safe abortion. They were harassed regularly by local police, usually by extortion. They were used virtually as the personal ATMs of the police [ATM = Automatic Teller Machine, a banking machine from which you can withdraw cash using a bank card]. A policeman would say, “I’m short of cash, give me your cash or I’ll arrest you.” The entire staff, including nurses, doctors and women seeking abortion could be arrested. Due to the fear, the providers kept servicing [the police] to buy their freedom.

Your case was profiled by The Center for Reproductive Rights’ paper in 2010, “In Harm’s Way: the Impact of Kenya’s Restrictive Abortion Law.” Can you briefly describe what happened to you that led to this paper?

In 2004, [data were shared] which showed worrying trends and consequences of unsafe abortion in Kenya. This was followed by a major crackdown on clinics, hunts for women who had abortions, some clinics were closed and I was targeted. There were 15 fetuses found along a major road with some documents from a hospital I had worked at previously but had since closed. My clinic was raided and two nurses and I were arrested. This appeared to have been very well organized with all the media including print, radio and TV present to report on the matter.  When we were asked to pay bribes, we refused—because we knew the fetuses were not from our clinic and the documents were planted on the road—and we were locked up. [Editor’s note: subsequent pathology examinations found that the fetuses were still-born fetuses, not aborted fetuses.]

The three of us were ultimately charged with two counts of murder, rather than an abortion-specific offense. Since murder is a non-bailable offense in Kenya, we had to stay in remand prison pending our trial. We all spent a year in prison. One of the nurses was six months pregnant and delivered while she was in prison. One of the nurses still works for me and the other got her green card and has since immigrated to the United States.

A senior doctor, a gynecologist, was instructed by the Director of Medical Services of the Ministry of Health to accompany the police and inspect the two clinics operated by Reproductive Health Services. The purpose of the inspection was to verify if there was any abortifacient equipment. He gave witness in court that the two facilities had legal equipment normally found in a gynecologist’s clinic and he would be surprised if he did not find it as he uses the same equipment for his work. The police forensic department was asked to look for DNA on the equipment from the clinic. DNA was taken from any instruments or equipment with blood on them—even the couches and lab coats were confiscated. The results from the government chemist found that there was no DNA linkage between the fetuses found on the road and any blood specimens from the clinic. The doctor also found that the clinic was duly registered and all staff had proper and up-to-date licenses.

The case was eventually ruled as improper [Editor’s note: They were acquitted of all charges]. With that ruling, the attorney general decided not to pursue prosecution due to lack of evidence.

Was it horrible being in prison for a year?

Why do you say it was worth the sacrifice?

My arrest and imprisonment was in the media virtually every day. The publicity was an opening for people to realize the magnitude and consequences of unsafe abortion in Kenya; women were dying in great numbers. Before that, abortion was never spoken of in public. There are only about 250 OB/GYNs in Kenya; some districts have none. The media sensation from this case galvanized the Kenya Obstetrical and Gynaecological Society (KOGS), the National Nurses Association of Kenya, the Federation of Women Lawyers, human rights advocates, women’s rights organizations and many others to form an alliance of reproductive health rights advocates.

This alliance exists to date and is known as the Reproductive Health and Rights Alliance (RHRA). The RHRA is an advocacy platform to agitate for the reduction of maternal mortality and morbidity due to unsafe abortion. This alliance also offers technical support to abortion service providers through Reproductive Health Network (RHN). The public became aware of abortion and the toll of unsafe abortion. The window was open to the public to realize the terrible toll of unsafe abortion in Kenya.

My arrest, imprisonment and [the resulting] publicity generated a public awareness that led to a transformation in the understanding that safe abortion is essential to preventing maternal morbidity and mortality.

Is there any further action in your own case?

Yes, I have since sued the government for malicious prosecution and subsequent confinement for one year in remand prison. The case has been in court for the last six years without yet being assigned a hearing.

What does the expansive definition of health in the new constitution mean in terms of when an abortion is considered legal?

Abortion is legal if the pregnancy endangers the life of the woman; as an emergency treatment; or when it endangers health, with health defined broadly: physical, social and mental. If in the opinion of a trained health professional an abortion is provided in good faith (in other words, where the pregnancy jeopardizes the woman’s physical, social or mental health), it is legal. [Editor’s note: Under the new law, a woman can make her abortion decision with one health-care provider; others are not required to be involved or sign off on the decision.]

What categories of health-care providers can perform legal abortion?

What are the next steps in transforming the policies to establish safe, legal abortion in Kenya?

Ipas and other organizations took the lead in writing a document called, “Standards and guidelines for reducing morbidity and mortality from unsafe abortion.” The title is taken from a similar document from Zimbabwe and is brilliant. Kenya, like other countries, wants to achieve the Millennium Development Goal of 75-percent reduction in maternal mortality; this can’t be achieved if safe abortion isn’t available.

The other milestone on transformation is the revision of codes of ethics and scope of practice for all the professional associations in Kenya. These have been done and are waiting to be launched.

This transformation to legal abortion access in Kenya is a testament to very brave, inspired people dedicated to the common good who have sacrificed a lot. How have all the changes we’ve discussed affected providers of safe abortion and women?

Providers are now aware of the enhanced protections that have been offered by the constitution. This in turn has increased access to safe abortion services and thereby enabled women to realize their reproductive health rights. In addition, incidences of provider harassment are now on the decrease.