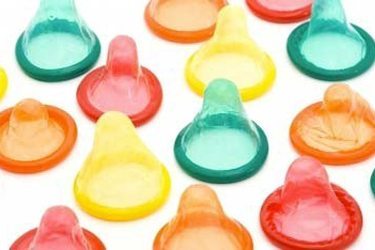 When it comes to contraception, if you only ever listened to some of the nation’s more eccentric political operators, you might think American attitudes just a tiny bit odd. Not wishing to offend anyone, of course, but you could try these pronouncements for size:

“Back in my day, they used aspirin for contraceptives. The gals put it between their knees, and it wasn’t that costly” (great gag).

“Contraception is a licence to do things in a sexual realm that are counter to how things are supposed to be” (and how are things “supposed to be” precisely?).

And of course, as one famously liberal-thinking radio host opined, any woman who supports free access to contraception is clearly “a slut and a prostitute.” (Ah, maybe you’ve got some unresolved psychological issues there, my friend?)

The above comments come from men (presumably when they were chatting over dinner with a T.Rex and a Brontosaurus). However, what will have passed them by is the post-Ice-Age historical story, which shows how contraception can change (and is changing) the world.

Like all good stories, it begins with “once upon a time.” Once upon a time, women’s capacity for education, economic empowerment, and domestic and political independence was truly stymied by the demands of giving birth and raising (maybe) a dozen children on scant resources. Men, as a result, enjoyed more or less absolute power in legal and social affairs. But these days the story is (slowly) shifting.

The facts and figures from the United States demonstrate the power of contraception to change a society.

If a sad and stark counterpoint to this tale is required, consider this: Countries with low contraceptive usage have the lowest levels of female literacy. Countries with the highest fertility rates have the highest poverty rates, the lowest female life expectancy, and the fewest female rights. And so … one in eight Sierra Leonean women die in childbirth, women in Chad would be lucky to live beyond the age of 55, and girls as young as age nine are routinely forced to marry men as old as age 50, in any number of countries.

So, there is no fairy-tale ending to this fable (as yet). September 26th is World Contraception Day. It’s a day that seeks to draw attention to the vast difference that proper contraceptive education, supply, and use can make in women’s lives and the prosperity of societies. It seeks to drive forward the widespread adoption of contraception, in order to promote the greater good of individuals and the economic welfare of the world.

Then again, we could forget all that silly nonsense and just stick with doing things “the way they are supposed to be.” We could abstain and stop being sluts and prostitutes, just as those deep political thinkers (see above) advise. After all, lack of access to contraception works so well in Sierra Leone, doesn’t it? Er. …