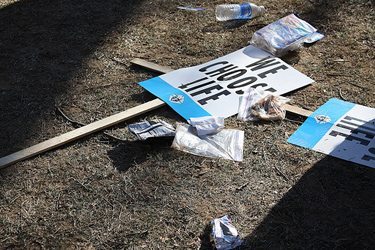 The Republican dominated House has planned its 2013 budget and once more they will ban Washington, D.C. from using Medicaid funds to allow poor women to obtain abortions.

House Republicans released a spending bill Tuesday that would keep federal funding for the District in 2013 close to this year’s level while maintaining a ban on government-funded abortions that has caused tension with local leaders.

It would prevent the city from using its own taxpayer money to pay for abortions for low-income women and ban the use of federal money to pay for needle exchange or medical marijuana programs. The same prohibitions were contained in last year’s version of the bill.

Speaker of the House John Boehner’s pet project—vouchers for private schools, will continue to be funded in the bill. I suppose if you are going to force women to bear children they can’t afford to abort, you should at least pretend you want to provide them with an education.