For over 40 years, Congress has used the Hyde Amendment to keep abortion care out of the reach of low-income people.

Hyde blocks federal funds from Medicaid, a joint federal and state health insurance program, from being used to cover abortion costs. The amendment’s federal spending ban has trickled down to state funding bans and attempts to bar private insurance from covering abortion as well.

The impact of insurance bans like Hyde are discriminatory and devastating, as these stories from doctors, patients, and funding providers show.

When I was 15 years old, I found out I was pregnant with my daughter. I was ecstatic. I struggled to get on Medicaid since I was a minor, and my parents were unable to help; my dad was homeless and my mother was incarcerated. I was unable to go to an OB-GYN for almost three months because I had to jump through so many hoops to get my application approved.

Once it was approved, I was able to start getting the prenatal care I should’ve had all along. I also had the opportunity to go to the doctor and dentist for the first time in years. Medicaid paid for everything from ultrasounds to the birth of my daughter. This allowed me to spend my money on baby clothes, toys, and nursery supplies. I was still on Medicaid three months postpartum when I started having what I thought was a very heavy period. I made an appointment with my OB-GYN just in case it was anything serious. It was a spontaneous abortion, commonly known as a miscarriage. I didn’t even know I was pregnant before I went in. I was given some medication (the same as a medication abortion), and Medicaid covered it all.

When my daughter was nine months old, I realized I was pregnant again. This time I knew that I was going to have an abortion. I was 17, so in Texas I had to get my parents’ consent, but this was something I couldn’t do because my parents were still homeless and incarcerated. I had to wait to get permission from a judge through a judicial bypass.

This entire process made me go to the clinic multiple times, forced me to stay pregnant for an extra 12 weeks, and made my abortion more expensive. I had Medicaid but I couldn’t use it. Luckily, I was supported by TEA Fund and Jane’s Due Process through the process. Despite the funding support, I still had to raise $350, and that was difficult. It was unfair that Medicaid covered everything I needed for my daughter’s birth and my miscarriage, but not my abortion.

I had Medicaid during my first and second abortions. I also had private insurance through my job, but the deductible on abortion is so high I had no option other than to pay for it out of pocket. It’s extremely unfortunate. They don’t even acknowledge that abortion services are even part of health care, and that the same Black folks who need abortion care are also on Medicaid. It’s unfortunate that you can use Medicaid to have a baby but not any form of abortion services. That’s astounding. It’s unfair, just like the 50,000 other issues we fight for so our families can be healthy. It keeps us unable to have the services that we need.

We get judged for having children and having food stamps, but then government assistance doesn’t allow you to have abortions you need to decide if you want another child. It’s hypocritical.

I have Medicaid for both of my children, and it’s like night and day when it comes to Medicaid supporting doctors appointments, prescriptions, surgeries, having the baby and everything when it comes to health care. It covers so much that sometimes when I go into the pharmacy and get a prescription for my kids, Medicaid covers more than my private insurance through my job so I use it more. It’s wild how Medicaid supports any other health-care procedure, but treats abortion so differently. 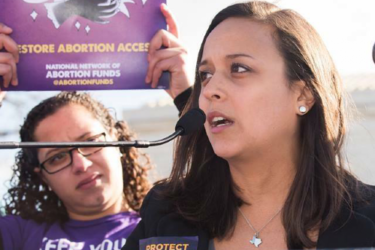 As a queer brown woman who leads an abortion fund in Texas, the harms of the Hyde Amendment and abortion coverage bans are never lost on me or the community I serve.

At the Lilith Fund, we hear from folks every day who are struggling to make ends meet and worried about how they’re going to afford their abortion care, on top of rent, bills, childcare, food, and more. These worries have only been exacerbated for our callers, who are mostly people of color, by the COVID-19 pandemic due to job losses and heightened economic insecurity.

It doesn’t have to be this way. Abortion funds like ours are united for a future where abortion is not only legal, but easily accessible. We all must take immediate action to lift cruel restrictions like the Hyde Amendment. 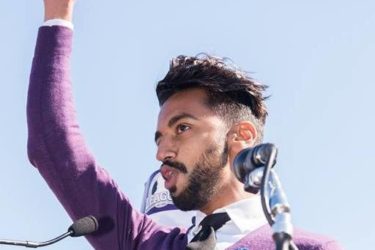 My job as a physician is to care for people and their health-care needs—which includes abortion—with dignity and respect. I hear often from my patients about the myriad of obstacles they had to overcome just to be seated in front of me. From 24-hour state-mandated delays, medically inaccurate counseling, to traveling long distances, my patients do all they can to navigate a system that puts up barrier after barrier to getting abortion care.

This is what the state of Texas requires from people who need care. The Hyde Amendment and abortion coverage bans present yet another barrier. My patients’ access to health care should never be determined by how much money they make or who they are, but that’s exactly what the Hyde Amendment does. I came back to Texas to provide abortions because I care for my community, and I’m fighting for an end to the Hyde Amendment for just that reason.