On this National Day to Prevent Teen and Unplanned Pregnancy,
I thought it would be a fun exercise to compare the sexual activity of
teenagers and their pregnancy rates in the most pro-choice states with
those of the most pro-life states. I used NARAL’s rankings
to determine which were the best and worst states on choice. (Simply,
those that scored "F" are the worst and those with an "A" are the
best.) I then filled in the state data for each
on the National Campaign to Prevent Teen and Unplanned Pregnancy website, the
National Day sponsors, and compared the pro-choice states with the
pro-life states.

Which side is actually doing a better job?

Conclusion:
one side has a lot more to celebrate. Turns out pro-life states, those
that are prone to tell kids that abstinence is the only proven
contraception, and discourage use of actual contraception, then wag
their finger at the less "morally superior" states, are where high
schoolers are:


Turns
out that to be "pro-life" is to be
pro-your-young-teen-having-a-risky-sex-life. In addition, the states
that are witnessing the most dramatic drop in teen pregnancies are the
most solidly pro-choice ones (CA, VT, HI, AK) while the ones where teen
pregnancy rates are declining most slowly are anti-choice (NE, MS, WY,
OK). 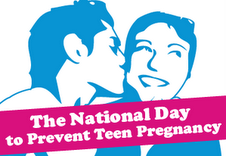 As this election goes from a simmer to a boil, the culture
warriors will be dosing ideological gasoline on the flames. Isn’t it
time to call the religious right’s bluff? If we measured their agenda
based on its results they could only be considered the
pro-risky-adolescent-sex-unwanted- pregnancy-teen-mothers- and-more-abortion
crowd. They have no right to moralize and no standing to be
sanctimonious — that should be our job.

They’re wrong. We know it and
it’s time the American public did too. Pro-choice people, and most
candidates, have got to use the gifts of evidence we’ve been given (and
earned). The American public doesn’t want its 12-year-olds sexually
active or their daughters impregnated by one of their four or more
sexual partners — but that’s what the pro-life agenda is poised to make
America’s reality, and sadly has for too many already. And there’s
quantitative data to prove it. One thing is for sure, they’re not going
to be the ones to mention it. Now wonder they’re lying low today.