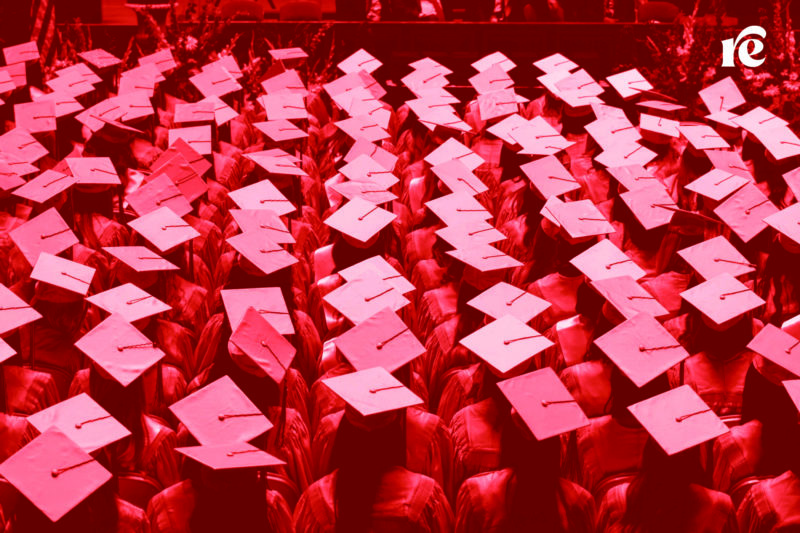 "The laws are written by people who are not doctors so they don’t understand how medicine and ... don’t necessarily understand pregnancy or how abortion works," said Catherine Cohen, a scholar at the Center on Reproductive Health, Law, and Policy at UCLA Law. Unsplash

After the Supreme Court overturned Roe v. Wade in June, abortion rights supporters turned out in droves to protest the loss of the constitutional right—especially young people. College students across the country are demanding their universities take action in the fight for reproductive rights, but few have outwardly shown support. With abortion banned or threatened in 12 states and threatened in another 14, students are left wondering how to safely seek abortion care while avoiding unwarranted legal implications.

People in their 20s obtain 60 percent of abortions in the United States. Teenagers between 18 and 19 years old obtain another 12 percent. In this post-Roe world, young people face even more obstacles and anxiety in seeking reproductive care, and for those in college, accessing care adds another complicated layer, as those who attend school outside their home state risk the security of insurance coverage.

Most schools encourage their students to maintain health insurance while registered for classes—some even require it. For students who are not covered by their parents’ insurance plans, universities often offer a school-sponsored health-care program. Under these plans, like New York University’s Wellfleet coverage, students are covered for all University Health Center visits and procedures, in-network physician’s visits, and some out-of-network physicians with small co-pays.

While some take advantage of college health programs, many students choose to stay on their parent’s health insurance plans, even if it means technically being insured in another state. Cathren Cohen, a scholar at the Center on Reproductive Health, Law, and Policy at UCLA Law, said this is where the biggest risk lies for students, especially under bounty hunter laws like Texas SB 8. A student from an anti-abortion state could be sued for obtaining reproductive care in their college town. They are still considered to be traveling to obtain care, just on a longer timeline (the duration of a semester or school year).

“The statute is, in theory, if you live in Texas, you grew up in Texas, that’s where your parents are and you have some sort of ties back to the state—maybe you’re still registered to vote there or you’re being claimed on your parents’ taxes—and so you’re still considered to be in Texas,” Cohen said.

“You could still be sued while you’re in California. Well, not you, but somebody could be sued for helping you get an abortion because Texas still holds some claim over you and you’re violating their law.”

Because some states, like California, have said they won’t comply with out-of-state prosecution and are withholding state judicial resources, whether or not a court would uphold any lawsuit is unclear. Cohen predicts a number of lawsuits being filed in the coming years.

For students from states that have banned abortion, opting into your university’s health-care plan may be the safest option. But school health centers have a long way to go before they can claim to be the best reproductive health option for students.

Emma Warshaw, a second-year graduate student studying public health at Columbia University and member of the Reproductive Justice Collective (RJC) at Barnard and Columbia, tried setting up a birth control appointment through Columbia’s health center at the beginning of the fall 2021 semester. Warshaw said that before she was allowed to see a provider, she was required to have a Zoom consultation with a university nurse—an unnecessary step in the care process. Warshaw decided to seek care off-campus instead, as she no longer felt comfortable seeking care through Columbia.

While university health centers like those at Columbia and NYU offer services like Pap smears and birth control, the schools do not currently offer abortion access on campus. If a student needs an abortion, they have to seek care off-campus, complicating the process further. Where a student is able obtain an abortion often depends on the coverage provided by their health insurance plan. Not to mention the “gray area” of which insurance companies will cover care at which clinics.

“That’s a lot easier if you have your parent’s health insurance,” Warshaw said. “I know I could go pretty much anywhere and it would be covered 100 percent.”

But if a student is covered by Columbia’s health insurance, which uses Aetna Student Health, they have to find an in-network doctor to find care on their own.

Claire Burke, a sophomore at Columbia’s Barnard College and member of the RJC who grew up in Shawnee, Kansas, said she wouldn’t even know where to start looking for abortion care in New York if she needed one. Because Burke is still covered by her parents’ insurance in Kansas, she has not sought physical care while on Columbia’s campus. Instead, she uses the same doctors from high school. Without having a provider in New York she feels comfortable with, Burke said seeking an abortion in the city would be difficult.

“In regards to an abortion, something that’s really important is comfort, and I don’t have a provider who I’d feel comfortable going to in New York,” Burke said. “I think that would make the process more stressful for me.”

Burke cited the lack of comprehensive information provided by Barnard and Columbia about where to obtain a safe abortion and other reproductive care options as a core reason for her anxiety around seeking care while on campus.

‘The laws are written by people who are not doctors’

For some students, getting reproductive care like birth control from their university resources is their only option. Sometimes, it’s a lifesaving option.

Rachel Bell, a recent NYU graduate from Boca Raton, Florida, relies on the NYU hospital for her birth control. Bell has polycystic ovary syndrome (PCOS) and endometriosis. For her, birth control is essential to daily life. Without it, she experiences intensely painful periods and dangerous levels of bleeding. Because it is so vital to her health, she has to order the medication in 90-day supply quantities, an amount that may cause her problems if she were refilling in her home state of Florida.

Cohen explained that many health-care providers and pharmacies are becoming more apprehensive about prescribing and filling prescriptions that have been associated with abortifacients, no matter how loose the association may be.

“This is really reflecting the chilling effects that we’re seeing from a lot of these laws,” Cohen said. “The laws are written by people who are not doctors so they don’t understand how medicine and prescribing that kind of stuff works. They also don’t necessarily understand pregnancy or how abortion works. And so often you’ll see really broad sweeping laws that can grab things that aren’t specifically abortions.”

Bell also has Crohn’s disease, and although Bell doesn’t take methotrexate, the medication is commonly used to combat symptoms. Methotrexate is also a common abortifacient. Bell recently got an email from her doctor about possible challenges in getting the prescription in a state that outlaws abortion outside a state that protects abortion. She worries for other students who may have their access to the drug restricted.

“You need that medication,” Bell said. “It’s an autoimmune disease. You can’t function without being medicated.”

This is where universities can and should be stepping in to support students’ reproductive care. The Reproductive Justice Collective at Barnard is calling on Columbia to make medication abortion care accessible on campus. Over the summer, the organization expanded its efforts to guarantee the same medication access across both public and private New York state colleges.

“It is tremendously important to have more points of care,” said Tamara Marzouk, director of Abortion Access at Advocates for Youth, a nonprofit that fosters intersectional organizing for 14- to 24-year-olds. She said clinics in abortion-friendly states are “overwhelmed” with appointments from out-of-state patients.

“The more points of care we can have and the fewer students traveling off campus for care, the better,” Marzouk said.

Bell said there is no reason schools like NYU cannot provide abortion pills through the student health center pharmacy, at the very least.

Massachusetts is following suit as lawmakers push for a bill that would require public university health centers to provide abortion pills on campus. The lawmakers are working closely with advocates who worked to pass the California legislature in 2019. Columbia and NYU continue to only offer Plan B on campus. Neither school responded to requests for comment.

Passing laws such as these ensures students are receiving safe, effective reproductive care. On the homepage of its website, Columbia Health claims to “advance the well-being of the Columbia University community and the personal and academic development of students.” Abortion access on campus is essential to ensuring a student’s well-being and continued development in all areas.

“It’s not a matter of belief,” Warshaw said. “It’s health care. It’s like saying you don’t believe in a root canal … Schools just need to get on board with that and start driving that message home. Don’t say you’re a feminist campus and that you support choice and you support autonomy, and then also sweep this under the rug and act like, ‘Well, you gotta go off campus to get it.’”

It is the responsibility of university health centers to provide essential health services to students. Abortion is an essential service. Asking students, especially out-of-state students who are often unfamiliar with the care options in their college towns, to seek reproductive care and facilitate the treatment process alone is an undue stress and obstacle in receiving essential care. But for now, this is the option many students are left with.

CORRECTION: Cathren Cohen’s name was misspelled in an earlier version of this story.