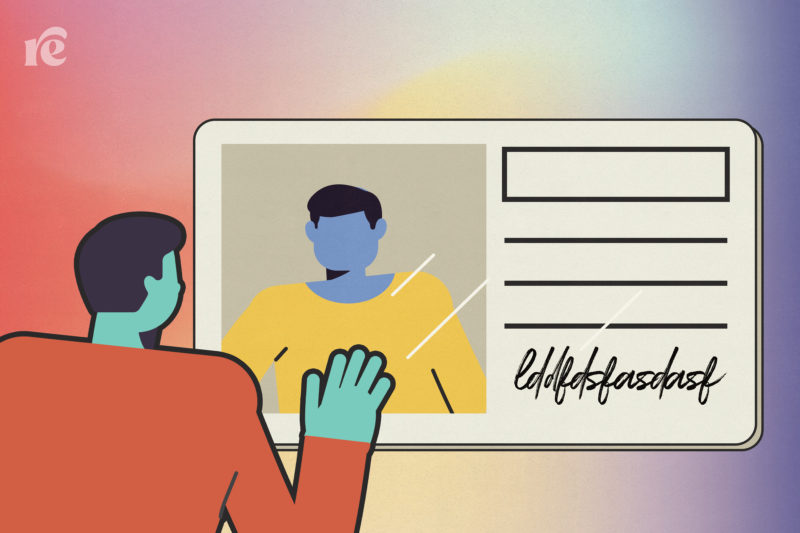 The U.S. Court of Appeals for the Fourth Circuit understood that the Americans With Disabilities Act, otherwise a landmark piece of legislation, was marred by anti-trans bias from the start. Envato/Cage Rivera/Rewire News Group illustration

Because of conservatives’ near-complete capture of the federal judiciary, particularly Trump-appointed ones, court cases about trans rights have been pretty grim. But now there’s a big bright spot thanks to a panel of the U.S. Court of Appeals for the Fourth Circuit, which recently ruled that transgender people with gender dysphoria fall under the protections of the Americans With Disabilities Act (ADA).

It’s not a story that starts well, however. Kesha Williams, a transgender woman, was incarcerated in Fairfax County, Virginia. Initially, she was housed with other women, but once a nurse learned Williams had not undergone transfeminine bottom surgery, she was housed with men. According to the lawsuit, that same nurse withheld Williams’ hormone therapy, despite it being prescribed medication. Being housed on the men’s side of the prison was, predictably, awful for Williams, and her requests for the mildest of accommodations, like being allowed to shower privately, were denied.

Williams was released from prison in May 2019, at which point she brought a lawsuit alleging that the sheriff and the prison had violated the ADA and the Rehabilitation Act. The former applies to state and local government services, while the latter applies to any institution that receives federal funding. Specifically, the ADA guarantees that people with disabilities have the same options as nondisabled people to participate in society, be that employment, going to the store, or even in carceral settings, despite the fact those settings are inherently cruel and dehumanizing.

Under the ADA, a disability is “a physical or mental impairment that substantially limits one or more major life activities of such individual.” Williams alleged that her gender dysphoria, defined in her lawsuit complaint as “discomfort or distress caused by a discrepancy between one’s gender identity and the sex assigned at birth,” constituted such a disability. A federal judge didn’t agree, and Williams appealed to the Fourth Circuit.

This case is a great example of what happens when judges realize one of their jobs is to use the law to uplift marginalized people rather than using the law to marginalize them further.

At the Fourth Circuit, the sheriff’s office tried to argue that Williams’ gender dysphoria doesn’t count as a disability but instead that what she had was a “gender identity disorder not resulting from physical impairments”—which is not covered by the ADA.

Before this case, no court had ever explored the distinction between this definition and gender dysphoria; when the ADA was written in 1990, “gender identity disorder” meant that being transgender was a mental illness and not protected as a disability. What the Fourth Circuit understood was that the ADA, otherwise a landmark piece of legislation, was marred by anti-trans bias from the start, with notorious anti-LGBTQ Sen. Jesse Helms pushing for the exclusion of “transvestites” because they were unlike “people in a wheelchair or those who have been injured in the war.”

In its ruling, the Fourth Circuit acknowledges that thinking on this matter has evolved, and that the ADA must be read broadly with an eye toward inclusion, not exclusion, of conditions. It’s a reading of the law that is generous in the truest sense of the word. It’s a recognition that the law is a living thing, that it evolves, and that it is unjust to leave it frozen in amber at the time of its creation.

It’s the opposite view of the cramped “originalism” of the Supreme Court. That view forever looks backward to the nation’s founding while refusing to recognize that such a stance is inherently exclusionary and leaves so many behind. Finally, the Fourth Circuit also addressed the dangers of housing transgender women with the male incarcerated population, noting that some 59 percent of transgender inmates housed in men’s prisons are sexually assaulted.

Ultimately, this expansive and thoughtful view led to the court holding that gender dysphoria counts as a disability under the ADA and therefore “a transgender person’s medical needs are just as deserving of treatment and protection as anyone else’s.” Transgender individuals with gender dysphoria are now considered to have a disability and are covered under the ADA and the Rehabilitation Act.

Williams v. Kincaid is the first case to deal with this, so we don’t yet know the parameters of what would be covered. In Williams’ case, it means that while she was incarcerated, she should not have had her hormone treatment withheld and should not have been housed in the men’s unit, as both of these actions contributed to her gender dysphoria. Other trans incarcerated people experiencing gender dysphoria would be required to be afforded similar accommodations.

Outside of the carceral setting, this decision may mean that employers are required to provide accommodations, such as paid medical leave to undergo surgical procedures or allowing employees to use the bathroom or locker room facilities that conform with their gender. But the issue gets thornier because it dovetails with other employment protections, or lack thereof, for trans workers. Discrimination against trans individuals in employment is prohibited under Title VII, as the Supreme Court decided this issue in 2020 in Bostock v. Clayton County. But a federal court in Tennessee recently blocked the Biden administration’s rule protecting trans employees from discrimination, saying that Bostock only stands for the principle you can’t fire someone just for being trans.

Nevertheless, regardless of how things otherwise play out, this case is a great example of what happens when judges realize one of their jobs is to use the law to uplift marginalized people rather than using the law to marginalize them further. And for that reason, it’s a genuine cause for celebration.