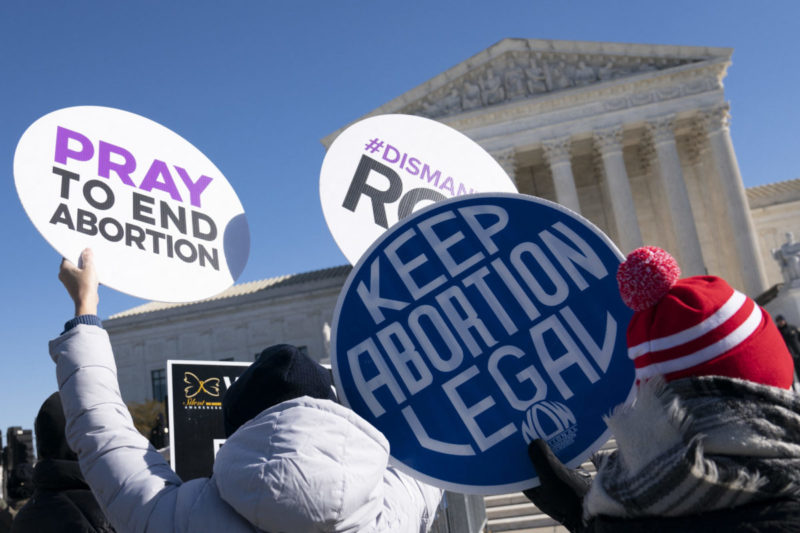 Anti-abortion organizations continue to provide misleading and manipulated data to encourage callers to their hotline to pursue this so-called reversal option. Alex Edelman/AFP via Getty Image

Over the past decade, medication abortion, commonly known as the abortion pill, has been rightly heralded as a pathway to expanding abortion access across the world. But the myth propagated by anti-choice groups of “abortion reversal” continues to grow.

These claims began over the past decade but have gained traction in recent years. The organizations have even gone so far as to offer “reversal counseling” services via 24/7 hotlines, which are often managed by volunteers and anti-choice activists—not physicians—who advise callers to take high doses of progesterone to “reverse” their medication abortion.

This claim is mainly rooted in faulty studies that have since been debunked by almost every major college of physicians in North America; however, anti-abortion organizations still provide misleading and manipulated data to encourage callers to pursue this so-called reversal option.

What is the claim?

Medication abortion typically works in two stages. First, the patient takes mifepristone to halt the pregnancy from growing. The patient then takes misoprostol, which causes the uterus to contract and thus expel the pregnancy. Abortion pill reversal advocates claim that if a patient has only taken the first pill, they are able to “reverse” the abortion by taking a high dose of progesterone within 24 to 72 hours.

While anti-abortion organizations claim a “success rate” of up to 60 percent using this procedure, no data supports this. In fact, most websites that discuss abortion pill reversal fail to cite any medical literature, despite making claims that the method is “effective and safe.”

One of the largest abortion pill reversal organizations, the Abortion Pill Rescue Network, claims that “over 2,000 lives have been saved” by their work advocating for this faulty reversal protocol.

While some of these abortions may not have been completed due to the incomplete procedure, there is no evidence to suggest the claim of abortion reversal carries any weight. In fact, the opposite is true. Almost all medical literature does not support the viability of abortion reversal, and the American Medical Association has decried these claims, stating “there is no credible medical evidence supporting its efficacy.” Going one further, the outcome of a clinical study has indicated that the protocol is bogus and dangerous.

How is this myth being spread?

Abortion pill “reversal” is a myth created by anti-choice organizations and is not backed up by mainstream physicians. But abortion pill reversal websites, pamphlets, and organizations don’t want you to know that.

The Abortion Pill Rescue Network, for example, is led and supported by Heartbeat International, a U.S.-based anti-abortion organization that claims to run over 2,000 “crisis pregnancy centers” across the globe. One of the only clues on the abortion “reversal” website that its parent is an anti-choice organization is a headquarter address that matches Heartbeat International’s. Outright religious, political, and ideological affiliations are nowhere to be found. It is thus easy to assume from the website and digital communications that abortion pill reversal is a viable and medically backed procedure, which is not the case.

These campaigns also use strategic language and vocabulary. Anti-choice organizations tend to use value-charged language on their own platforms—explaining how they’ve “saved lives,” and “protected children.” Their abortion reversal websites, however, tend to be overloaded with medical jargon, incomprehensible for non-medical personnel. Again, there is little citation work in these online resources, despite bold claims being made about the supposed effectiveness of this procedure.

Hotlines are also popular tools for these organizations, offering around-the-clock “counseling” services to help guide women. These hotlines are not always operated by physicians, and are often led by volunteers dedicated to dissuading callers from undergoing or continuing an abortion.

If one was not forewarned, there would be almost no indication that these abortion pill reversal websites or hotlines have any anti-abortion agenda. This is strategic, but also terrifying. People in distress, searching for answers about their abortion, can easily stumble upon these websites and be given false and misleading information.

What does this mean for abortion activists and providers?

This myth has spread fast over the past couple of years. Upon Googling “abortion pill reversal,” the top results are anti-choice platforms supporting this myth. Even online advertising has been hijacked—both Google and Facebook have been called out for allowing “abortion reversal” ad campaigns to run on their platforms. Despite committing to investigating the ads, they’ve continued to run on Facebook. Reports debunking these claims remain drowned out by the multimillion-dollar misinformation campaigns.

Anti-abortion groups expanded their reach during the Trump-era Title X “gag rule,” which barred organizations that provided or offered referrals for abortions and abortion-related services from receiving Title X family planning funding. While the Biden administration has made moves to rescind it, the delay is concerning, and years of damage have been done. Under the gag order, anti-choice groups experienced a funding boom and were able to expand their work, including by growing their misinformation campaign on so-called abortion reversal.

Moreover, recent cases like the 2018 National Institute of Family and Life Advocates v. Becerra, which ended with a Supreme Court ruling that allowed California-based anti-choice pregnancy centers to operate without informing patients of their abortion-related options and without disclosing the unlicensed nature of their medical services, have further allowed anti-abortion groups to operate without transparency. Recent events in Texas and neighboring states have further shown that people seeking abortions are not supported nor protected in many states.

Similarly, we must fight against these dangerous misinformation campaigns, call upon the Biden administration to prioritize reproductive justice and abortion access across the United States, and protest rulings like NIFLA vs. Becerra, while pushing for legal mandates that bar anti-abortion groups from hiding their agenda to promote lies to pregnant people.

Beyond policy, reproductive justice activists and abortion providers bear the burden of correcting the record: Abortion pill reversal is not a medically backed procedure and has been created and spread by anti-abortion activists.

This article is adapted from original research conducted by the author for the 2021 Healthcare & Humanities Conference at Wilson College.