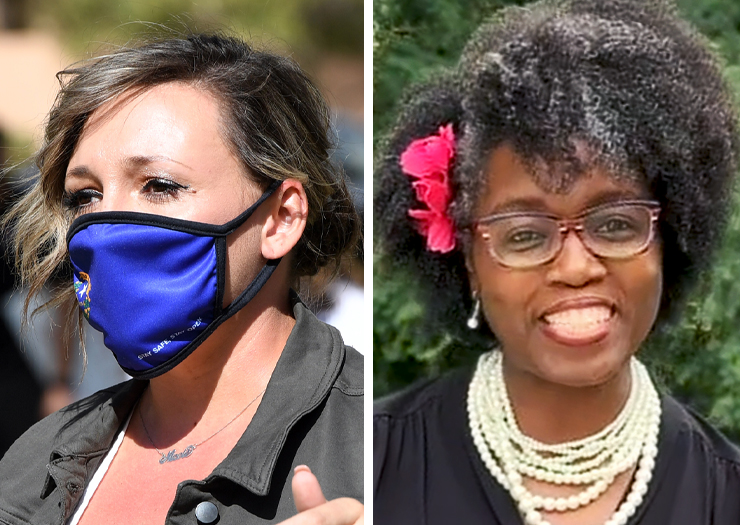 Our states have diverse, robust coalitions to help pass laws that help families thrive and block attacks on our rights. Ethan Miller/Getty Images

The threat to our fundamental freedoms—like the freedom to decide if, when, and how to raise a family—is no longer hypothetical. A heinous law has gone into effect in Texas that turns neighbors into spies and bounty hunters by allowing them to collect a $10,000 reward for successfully suing anyone they suspect of helping a pregnant person seek abortion care. Those who can be turned in and penalized include clergy and counselors, anyone who provides a ride to a patient (such as rideshare drivers, friends, or family members), abortion providers, and abortion funds.

The law is truly vile, and what’s even more terrifying is that what happens in Texas will almost certainly not stay in Texas.

The fight for equity and justice is a collective one, and our efforts to safeguard fundamental freedoms require states to work together. When we don’t work in partnership, harmful state policies, like voter suppression and bans on abortion, spread like wildfire, which is exactly what the radical right wants.

Our work to stop these attacks, and to build a world where people are free to dream and live their best lives, cannot stop at our state’s borders. We are privileged to represent the people of our states in our legislatures, where every day we work to uphold our constituents’ values around freedom and fairness. When we talk to voters in our states, we know that views on abortion are nuanced, complex, and deeply personal. We also know that strong majorities reject political interference in decisions that belong to pregnant people and families.

And yet, just like state after state moved to ban abortion before many people even know they’re pregnant in 2019 and 2020, we can expect that the anti-choice movement will use this dystopian Texas law as a blueprint to try to roll back—or entirely end—abortion access in other states.

But we can chart a different path.

In Georgia, NARAL Pro-Choice Georgia members showed up time and again in our state capitol to stand up for our values and fight back when Gov. Brian Kemp was pushing through a six-week ban on abortion in 2019. They connected with thousands of voters about what was at stake for reproductive freedom in our state, and our work continues.

We have to sound the alarm, letting people know what’s happening in our own states, what could be lurking around the corner coming out of Texas, and the severity of the threat to Roe v. Wade.

Thankfully, both our states have diverse, robust coalitions of organizations who represent different expertise and constituencies—from LGBTQ equality to reproductive freedom to immigrant rights—to help pass laws that help families thrive and block attacks on our rights.

With so much at stake, including the horrifying law in Texas as well as a direct challenge to Roe v. Wade coming before the Supreme Court soon, we know we need fresh thinking to chart a path forward, and we need partners who are fueled by that kind of innovative thinking.

We can’t carry on as if it’s business as usual. We need to adapt and learn from where we’ve fallen short in the past. And we need partners in our communities and states to make that happen.

Rights we’ve long held dear—to control our own bodies and determine our own destinies—continue to crumble. Abortion care, especially in Georgia, is already restricted, and far too many people, especially Black, Latino, and Indigenous people, have to navigate roadblock after roadblock to access care.

That’s why we won’t back down from this fight. Everyone should be free to make their own decisions, to figure out what’s best for their own circumstances, and to be treated with empathy, respect, and support.

We have to sound the alarm, letting people know what’s happening in our own states, what could be lurking around the corner coming out of Texas, and the severity of the threat to Roe v. Wade.

There is so much to do. Every grassroots, community, state-based, and national organization has a role to play, as do elected officials—from local district attorneys to state legislators like us, from members of Congress to President Biden and Vice President Harris.

A year from now, the landscape for abortion access could look markedly different. But there’s still time, and we have the majority on our side. Let’s dig deeper and bring together all the skills we’ve been honing. We are ready to work with each other, with partners, and across states to achieve true freedom and justice for everybody. There’s no time to waste.