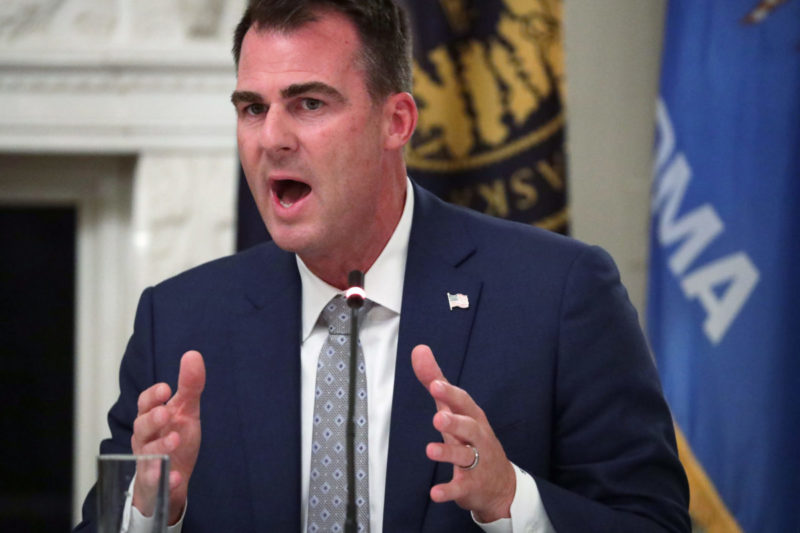 UPDATE, October 4: An Oklahoma state judge blocked two abortion bans but allowed others to go into effect. HB 1102 and the six-week abortion ban were blocked.

Last week the Supreme Court, under the cover of night, functionally overturned Roe v. Wade by allowing Texas SB 8, a six-week abortion ban, to go into effect. While the immediate impact is on Texans, it won’t be long before other states follow suit. Oklahoma, which has five new anti-abortion laws set to take effect November 1, will likely be one of them.

Oklahoma Gov. Kevin Stitt, who has boasted of being “the most pro-life governor,” signed the wave of abortion restrictions in the spring. Now the Center for Reproductive Rights, along with Planned Parenthood Federation of America and several other groups, is challenging those laws in Oklahoma state court.

The advocates filed a lawsuit last Thursday and asked the court to block the unconstitutional abortion restrictions before they go into effect. The five laws, which include a six-week abortion ban, would make legal abortion inaccessible in Oklahoma. Here are the others:

“The Oklahoma Supreme Court has found time and again that the state legislature’s extreme attempts to restrict abortion are unconstitutional,” Nancy Northup, president and CEO of the Center for Reproductive Rights, said in a statement. “These laws would end abortion access in Oklahoma, forcing patients to travel great distances and cross state lines to get essential health care.”

Oklahoma borders Texas, and its abortion clinics are already seeing a spike in out-of-state patients. In Oklahoma City, the Trust Women clinic has filled all appointments for the next three weeks; its co-executive director Rebecca Tong told Vice that phones have been ringing off the hook, and she predicts more than half of the clinic’s patients will come from Texas going forward.

If Oklahoma’s anti-abortion laws are allowed to take effect, the impact would be catastrophic.