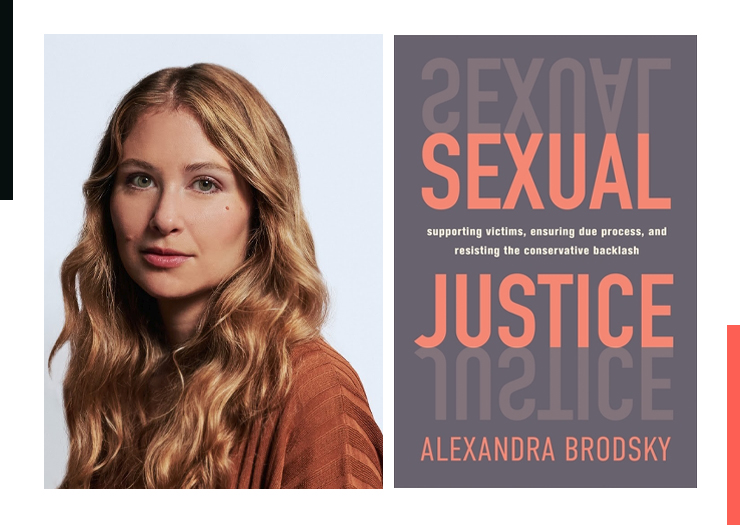 In December 2018—over a year after the Me Too deluge began, and shortly after Brett Kavanaugh’s confirmation to the Supreme Court—Kathleen Parker wrote in the Washington Post of a worrying trend. Many men in finance and other industries, she said, were adopting the “Pence Rule,” the vice president’s insistence that he avoid time alone with any women besides his wife. These men feared, or purported to fear, a false accusation of sexual harassment.

According to Parker, this development was an “inevitable” consequence of Me Too. And the reason for it was not sexism, paranoia, or sensationalist reporting. It was, instead, the “erosion of due process” for accusations of sexual harassment, rendering men afraid that their innocence would not protect them. “In many ways,” she wrote, “this is all new terrain for us societally: How do we balance the right of every individual to be believed innocent until proven otherwise, while also giving accusers a platform to be heard?”

Perhaps issues of fair process were new to Parker’s column. But the question itself is very old. How to balance the rights of the accused and those who say they have been harmed is, quite literally, an ancient problem, one that has shaped the development of our legal systems from the beginning.

And here’s the key: It isn’t a question unique to sexual harassment. Governments, workplaces, schools, political organizations, and social clubs all get called upon to investigate misconduct of all varieties. Employees get into fights, steal company property, and call each other racial slurs. Members of the local charity board embezzle funds. Political organizers punch each other in the face over strategic disagreements or romantic entanglements. Students beat each other up, vandalize campus landmarks, and taunt classmates with disabilities. In 2007, a student at my alma mater repeatedly threatened to kill his roommate, leaving messages in fake blood on their shared dorm wall.

In short, people hurt each other. Their communities are then tasked with figuring out what happened and what to do next. Every one of these examples demands we answer Parker’s challenge: How do we respect fair process while giving victims the chance to come forward? None of this is unique to Me Too. The reasons why process matters for sexual harassment apply to every other kind of misconduct as well. Fair process is important for sexual harassment allegations because it is important for all allegations.

Indeed, many of the concerns that have been raised about the treatment of alleged harassers speak to systemic issues that aren’t specific to harassment at all. Chief among these is the precarious nature of employment in the United States. Critics like Parker assume that accused harassers are often fired without any fair investigation. I have no sense of whether that’s true. But if it is, that’s only possible because most workers are utterly unprotected from arbitrary termination, thanks to the shrinking membership of labor unions over the last half-century and the “at-will” employment arrangements for almost all nonunion employees. That’s not a story about Me Too. That’s a story about work in America.

I’ve seen many proposed procedural “reforms” aimed exclusively at sexual harassment allegations, changes that would tilt the scales dramatically in one direction: protecting the accused by disadvantaging victims.

Yet our national conversation about harassment so often forgets this. Critics talk about protecting workers accused of sexual harassment rather than advocating to end at-will employment or revitalize the labor movement. Policymakers demand new school disciplinary procedures for sexual harassment, when they should be overhauling school disciplinary procedures for all misconduct, period. And, almost always, they demand that these new procedures make it uniquely difficult to report and prove allegations of sexual harm. They advocate for extra obstacles, like higher standards of evidence and more intrusive methods of questioning, beyond those faced by victims reporting other forms of misconduct.

Like scholars before me, I refer to this as “exceptionalism”—an assumption that sexual harassment allegations should be subject to different, and usually more demanding, procedures than all other forms of misconduct. This approach flies directly in the face of a core principle of due process: Proper procedures do not depend on the specific allegation. We scale procedural protections to account for what’s at stake for the accused and other interested parties. We do not adjust them based on what specific kind of wrongdoing the accusation concerns. And as I explain at length in [my book], all the common reasons given to break that rule for sexual harms—for example, a belief that these claims are uniquely hard to prove—don’t hold water.

Exceptionalism also makes the job of figuring out a fair process much more difficult. When we pose the question as “What procedures are appropriate specifically for sexual harassment?” we have to create an entire system out of whole cloth. If, instead, we ask, “What procedures are appropriate for interpersonal harms?” we have an easy place to start: the systems our institutions already use to deal with misconduct in general. If your group has an existing process for dealing with allegations of other kinds, you can build from there. You might need to add special training, or a couple of tweaks, to make sure that the process works for sexual harassment and other sensitive matters. But there’s no need to start from scratch.

And thinking about process in the context of sexual harassment alone makes it harder for us to recognize these bad policies when we see them. Over the years that I’ve worked on these issues, I’ve seen many proposed procedural “reforms” aimed exclusively at sexual harassment allegations, changes that would tilt the scales dramatically in one direction: protecting the accused by disadvantaging victims. That policymakers and critics do not insist on the same reforms for other kinds of accusations should be a tell. But if those points of comparison are outside our frame of reference, the exceptional nature of these proposals is harder to recognize.

There is perhaps no better example of exceptionalism than the Title IX regulations that Trump’s Department of Education issued in 2020. Litigation about these regulations (including a suit for which I serve as counsel) is still ongoing; one provision was recently struck down by a Massachusetts federal court. And the new administration has undertaken a review of the rules. But even if they go away in the near future, they are worth looking at, since they illustrate so clearly the many problems that exceptionalism creates.

The new regulations make it harder for student victims to hold schools liable for mishandling sexual harassment. With a few exceptions, they excuse schools from addressing sexual harassment unless it is both “severe and pervasive”—that is, both very bad and very frequent. They allow schools to ignore sexual harassment that was not formally reported to the correct official. They also limit the geographic scope of school responsibilities, restricting them just to incidents that occurred on school grounds or on an official school trip. If a student was raped by her teacher or classmate across the street from the school, for instance, and now had to share a classroom with her rapist, the Department of Education no longer requires any action from the school. And if a school does investigate a report, the new regulations require special protections for students and staff accused of sexual harassment. In large part, the burden of those new protections falls on victims, with rules that make it uniquely hard to make and then to prove an allegation of sexual harassment.

The rules were published by Education Secretary Betsy DeVos, the right-wing billionaire whose résumé was startlingly devoid of relevant experience when she became the most important education official in the country. At the start of her tenure, she hired as her top civil rights official Candice Jackson, an anti–affirmative action advocate who (incorrectly) told a New York Times reporter that “90 percent” of campus rape allegations were illegitimate, brought by women who, after a breakup, “just decided that [previous drunk sex] was not quite right.”

DeVos and Jackson styled their Title IX rules as a response to the Obama administration’s 2011 Dear Colleague Letter, a policy guidance on schools’ Title IX responsibilities, which they said inadequately protected the rights of the accused. That diagnosis was off. The Dear Colleague Letter did not disturb any student discipline rights guaranteed by the Constitution or state law. If advocates believed that those protections were insufficient—as I generally do—that was a problem with student discipline law in general, not with a policy guidance about sex discrimination. There was, after all, no reason to grant extra rights to students accused only of one particular kind of misconduct.

Yet when Trump came into office, that’s exactly what his Department of Education set out to do. The new Title IX rules force schools to treat sexual harassment allegations in a different way from all other student discipline. For example, until this provision was struck down by a court last month, the regulations required schools to ignore any statements made by the respondent if he refused to participate in a hearing—which he can do while retaining the right to cross-examine the complainant and witnesses. That meant a student who admitted to raping a classmate in a text to a friend, or even on video, could block the school from considering that evidence simply by refusing to answer its questions. That is simply not how evidence ever works in America.

Indeed, the nonsensical rule goes well beyond protections for criminal defendants facing incarceration, whose own past statements are admissible regardless of whether they testify. And it certainly goes beyond any right afforded elsewhere in student discipline. As a result, a student who was sexually harassed has a much harder time proving her claim than a student hurt in any other way. That is exceptionalism at work: a process built only to handle allegations we collectively regard as suspect is prone to adopt bizarre and novel protections for the accused. It is difficult for me to imagine that if the rule had been applicable to anything other than sexual harms, anyone would think it was a good idea.

The new regulations also require schools to hold hearings where the victim can be cross-examined directly by a representative of the accused student. Schools are forbidden from using a common model approved by nearly all courts and preferred by many institutions: a hearing at which students would submit questions to one another through a presiding panel, rather than directly. Such a model, apparently, is good enough for students facing other disciplinary charges—but not for those accused of sexual harassment.

Reprinted with permission from Holt/Metropolitan Books.