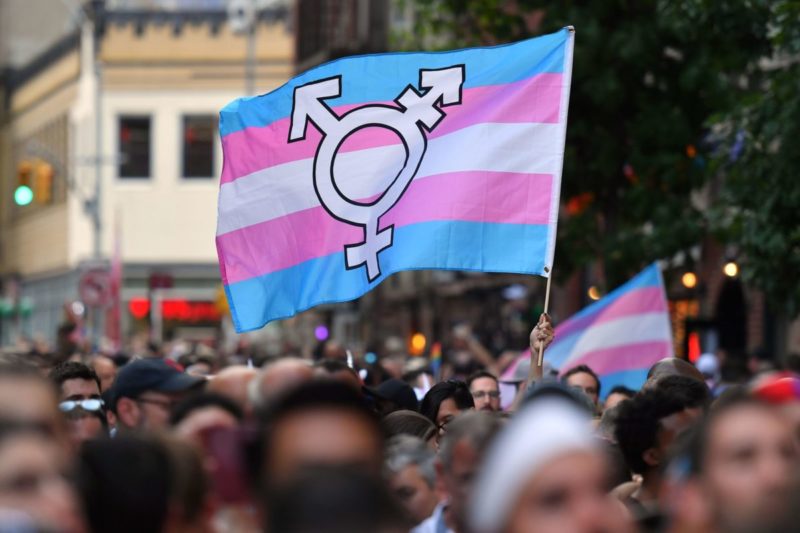 Just as they criminalize abortion, which is health care, Texas Republicans are criminalizing gender-affirming care for trans youth, which is also health care. Angela Weiss/AFP via Getty Images

If you’re a parent of a trans kid and you live in Texas, Texas Republicans want to see your kid suffer.

This may seem like an unreasonable blanket statement to make, but have you seen the anti-trans legislation that Republicans in Texas are trying to jam through the legislature?

Republicans are insistent that transgender people, particularly transgender youth, be prohibited from receiving necessary health care, and they are legislating the issue to death. It’s disgraceful.

And then there’s SB 1646, which is a disaster of a bill even by Texas standards. (After all, this is a state that thinks some fetuses need a lawyer.)

In other words, parents of trans kids who seek gender-affirming health care for their children are committing child abuse, in the eyes of some Texas lawmakers.

The ongoing fervor about gender-affirming health care for trans youth seems to ignore that these decisions are not made on a whim. For example, in consultation with their physician, transgender adolescents may take puberty blockers if they want to delay puberty, including physiological changes like beginning menstruation, breast development, deepening voice, and growing facial hair. That’s because the physical changes that accompany puberty can cause trans kids great distress. But these kids don’t just waltz into a doctor’s office with their parents and then waltz out with puberty blockers in hand.

According to the Mayo Clinic:

To begin using using pubertal blockers, a child must:

Moreover, blocking puberty is 100 percent reversible. It is not, as some critics would like you to believe, something foisted upon unsuspecting children by parents who just want their kids to be a different gender. That’s not how it works. But facts and science don’t matter to Texas Republicans whose contempt for trans people is on par with their contempt for abortion.

Just as they criminalize abortion, which is health care, Texas Republicans are criminalizing gender-affirming care for trans youth, which is also health care.

The introduction of SB 1646 follows a promise made by Texas lawmakers in the midst of the right-wing frenzy regarding a transgender girl named Luna Younger. Luna was diagnosed with gender dysphoria at age 5 after first announcing that she was a girl when she was 3 years old. Luna’s mother, Dr. Anne Georgulas, who is a pediatrician, had no problem with her daughter presenting as a girl and decided, as recommended by multiple doctors and psychologists, to respect her child’s wishes to present as a girl.

Absent a special session between now & the the 87th Session, I will introduce legislation that prohibits the use of puberty blockers in these situations for children under 18. We missed our opportunity to do so in the 86th Session. We won’t miss the next one. #savejamesyounger https://t.co/BpbGDPwujZ

Luna’s father, however, had different plans. He waged a very public campaign against his ex-wife, accusing her of child sexual abuse; he said Georgulas was forcing Luna to transition and claimed, contrary to the expert opinions of Luna’s doctors, that Luna is not transgender. He said that he’d be willing to let her present as a girl when she’s 18. (What a mensch.) Never mind that this is contrary to medical consensus.

The American Academy of Pediatrics and the American Medical Association, among others, agree that gender affirmation is the best treatment for gender dysphoria — in the words of the AMA, “every major medical association in the United States recognizes the medical necessity of transition-related care” — and, left untreated, dysphoria kills. In one recent study, 29.9% of trans girls, 41.1% of nonbinary teens, and over half of trans boys had attempted suicide. Parents are being put in an impossible position: If they give their children the healthcare they need, they may be accused of child abuse, criminalized, or have their kids taken away. If they comply with the state’s demands and deny healthcare to their children, they may kill them.

“Saving” Luna Younger from transitioning became a cause celebre for conservatives. Ted Cruz and Donald Trump Jr. weighed in, accusing Georgulas of child abuse. Texas Attorney General Ken Paxton—who has been indicted on felony charges of securities fraud and is awaiting trial—announced that input from the Department of Family and Protective Protective Services was required in Younger’s case. His office sent a letter to DFPS in which he deadnamed and misgendered Luna Younger, asking for an investigation to be opened into “possible child abuse against seven-year-old [Luna] Younger, whose mother has proposed chemically and surgically altering [Luna’s] biological sex based on her belief that [Luna] may identify as a girl.”

That Republicans in Texas are even considering removing trans kids from loving homes is appalling, especially given the evidence that came to light in a class action lawsuit that Children’s Rights, a child advocacy group based in New York, filed in 2011 on behalf of all children in long-term foster care in Texas. The lawsuit alleged that Texas’ foster care system violates children’s rights. The evidence was so damning that in 2015, a federal judge wrote that children in Texas’ foster care system “often age out of care more damaged than when they entered.”

The court’s findings about Texas’ foster care system were appalling: The court found that Texas had violated foster kids’ “Fourteenth Amendment right to be free from an unreasonable risk of harm.” The court also found that kids in the foster system were subjected to “repeated exposure to physical abuse, sexual abuse, and psychological abuse.”

“There is increasing evidence to show that our foster care system is sometimes doing more harm to our children than good,” the state’s Adoption Review Committee reported in 2010. U.S. District Court Judge Janis Jack quoted the report in an excoriating 260-page opinion and went on to say: “Years of abuse, neglect, and shuttling between inappropriate placements across the State has created a population that cannot contribute to society, and proves a continued strain on the government through welfare, incarceration, or otherwise.”

Texas was ordered to get its act together, but of course it didn’t. In November 2019, Judge Jack found Texas in contempt of court for its failure to comply with sweeping orders aimed at improving the beleaguered foster system. And still Texas did very little to ameliorate the problem. When the independent monitors that Jack appointed to keep track of Texas’ progress issued a new report in June 2020, they found that “the Texas child welfare system continues to expose children in permanent managing conservatorship to an unreasonable risk of serious harm,” describing a “a disjointed and dangerous child protection system, inefficiently and unsafely divided between two state agencies [the Department of Family and Protective Services and the Health and Human Services Commission], where harm to children is at times overlooked, ignored or forgotten.”

This is the system that Republicans in Texas want to force trans kids into. So deep is Republican contempt for trans kids that they are willing to remove trans kids from their homes and dump them into a system that is so horrific that, according to a federal judge, children in Texas’ foster care system suffer from PTSD at twice the rate of combat veterans.

Make no mistake. This law, should it be enacted, will harm trans kids, and will even kill some. But Texas doesn’t seem to care. When it comes to trans kids, Texas would rather consign them to a life of abuse and trauma than permit them to remain in loving homes. One wonders if, given the opportunity, Texas Republicans would be pro-abortion if abortion could be used to ensure that trans kids are never born. They certainly don’t seem to care whether trans kids live or die.